The Russian Federation has amassed in the occupied areas of Donbas a military contingent equal to the military forces of almost all NATO allies in Europe, Ukraine’s chief military prosecutor Anatoly Matios told 112 Ukraine TV channel. 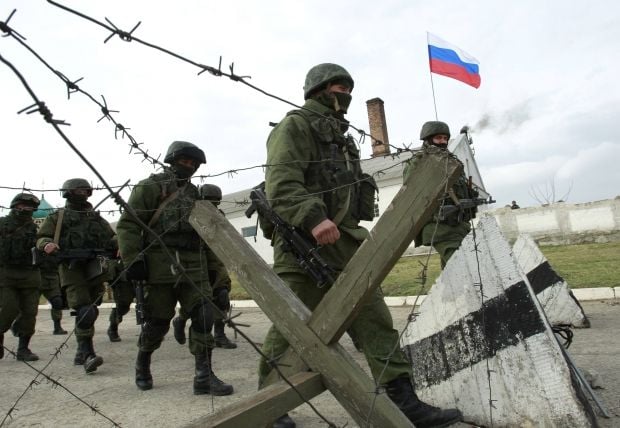 The official went on to list the types and name the number of weapons used in the war-torn territories.

"The Russian Federation is currently represented in in Donbas with an almost 3,000-strong [regular] force consisting of two battalion-tactical groups and a tactical group, which, besides the weapons mentioned, also has almost 200 tanks, 400 APCs, 140 artillery pieces, and the latest types of anti-aircraft missile systems," said Matios.

The chief military prosecutor listed the Russian military units involved in the fighting.

Read alsoDonbas militants intensify attacks, three Ukrainian soldiers wounded in action "Battalion-tactical group of the 333rd paratrooper regiment of the 98th Airborne Brigade, permanently based in Ivanovo, Russia, and now deployed in Donetsk. Another Russian battalion-tactical group is the 20th separate motorized rifle brigade of the 49th army with a permanent base in Stavropol, Russia, and now deployed in the town of Snizhne. There is also a company tactical group from Novorossiysk. Airborne-assault brigade, which is now in the city of Luhansk.The 155th Marine Brigade from Vladivostok, 61 Marine Brigade from the town of Sputnik, Murmansk region," said the chief military prosecutor.

According to him, the total number of Russians fighting in Donbas amounts to 11,000, including 3,000 regular troops.

Read alsoU.S. Army releases handbook for defeating Russia in hybrid warAs UNIAN reported earlier, President of Ukraine Petro Poroshenko said in June this year that more than 40,000 militants and servicemen of the Russian Federation's regular military forces were involved in hostilities in the temporarily occupied areas of Donbas.

If you see a spelling error on our site, select it and press Ctrl+Enter
Tags: #Russia#ATO#Donbas#Ukraine#RussianAggression#militarypresence#proxyforces
Latest news