During a reconnaissance operation, a Ukrainian serviceman has seen a Russian mercenary in Donbas wearing Ukrainian military uniform of new design, according to Ukrainian TSN journalist Andriy Tsaplienko. 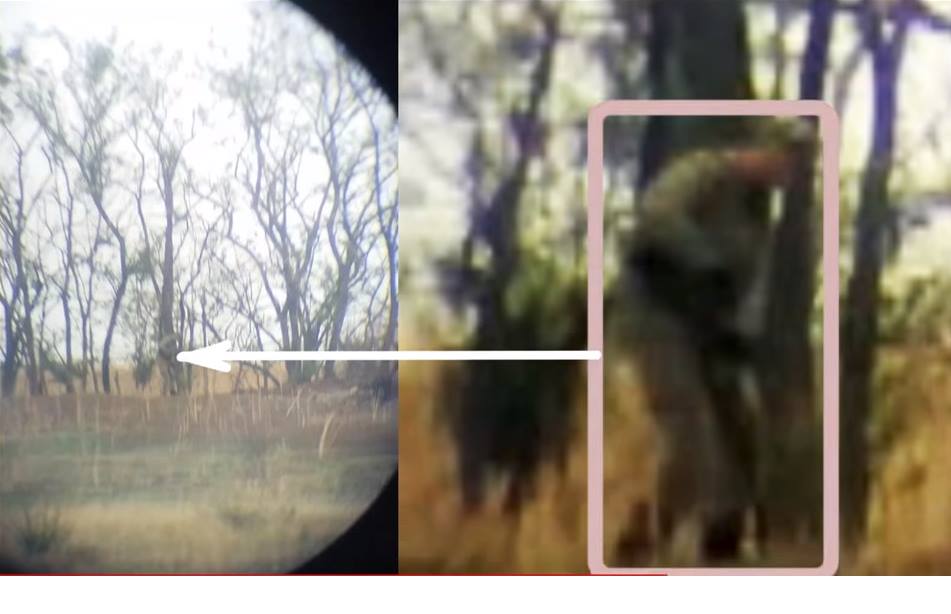 "A Russian mercenary dressed in Ukrainian pixellated camouflage is building a dug-out shelter, not even being aware that he is in a Ukrainian reconnaissanceman's crosshairs. And it's good that the Ukrainian pushed the record button instead of pulling the trigger," Tsaplienko wrote on Facebook on Monday, October 2.

The journalist said that the new pixelated camouflage design in Ukraine was introduced in 2014 and this uniform could only have been smuggled onto the other side.

Read alsoNumber of Russians in OSCE SMM in Donbas doubles in past year – Ukraine's envoyThe Ukrainian serviceman who made the picture has two theories: ether the Russian proxies might be preparing an act of provocation against OSCE monitors or they might plan to terrorize the local population and then put the blame for this on the Ukrainian army.

"As a rule, dress changing games at war do not suggest a happy ending. Everything is possible. Take into account the fact that this has been happening where a car with OSCE monitors was blown up [in April 2017] and where Russian soldier Viktor Ageyev 'got lost' [in June 2017]," he added.

OSCE earlier confirmed a loss of the SMM team member who was conducting a patrol near non-government controlled Pryshyb in Luhansk region on April 23, 2017. "One of our armoured vehicles experienced an explosion, likely a mine, resulting in the tragic death of a paramedic from the United States working with the OSCE SMM. Two more patrol members from Germany and the Czech Republic have been admitted to hospital for medical examination," the OSCE said in a statement.

Read alsoMother of captured Russian soldier complains about inactive consuls, lawyerAs UNIAN reported earlier, Russian contract soldier Ageyev, 22, was detained by members of the 93rd separate mechanized brigade of the Armed Forces of Ukraine in Luhansk region on June 24, 2017. He was member of a special forces group who were neutralized near the town of Zholobok. Ageyev and three other fighters are charged with terrorism and are now in a detention center in the town of Starobilsk. Ageyev's mother, his friends and former colleagues confirmed in an interview with journalists that after compulsory military service he signed a contract in March 2017 to serve in the Russian army. The Defense Ministry of Russia maintains that Ageyev had previously served in the Russian army, but "was dismissed."

If you see a spelling error on our site, select it and press Ctrl+Enter
Tags: #Russia#war#Donbas#reconnaissance
Latest news