Defense One: Armed ground robots could join the Ukrainian conflict next year

Ukrainian military leaders and defense industry officials showed off their experimental Phantom robot on Monday at the Association of the U.S. Army show in Washington, D.C., according to the U.S.-based defense news portal Defense One. 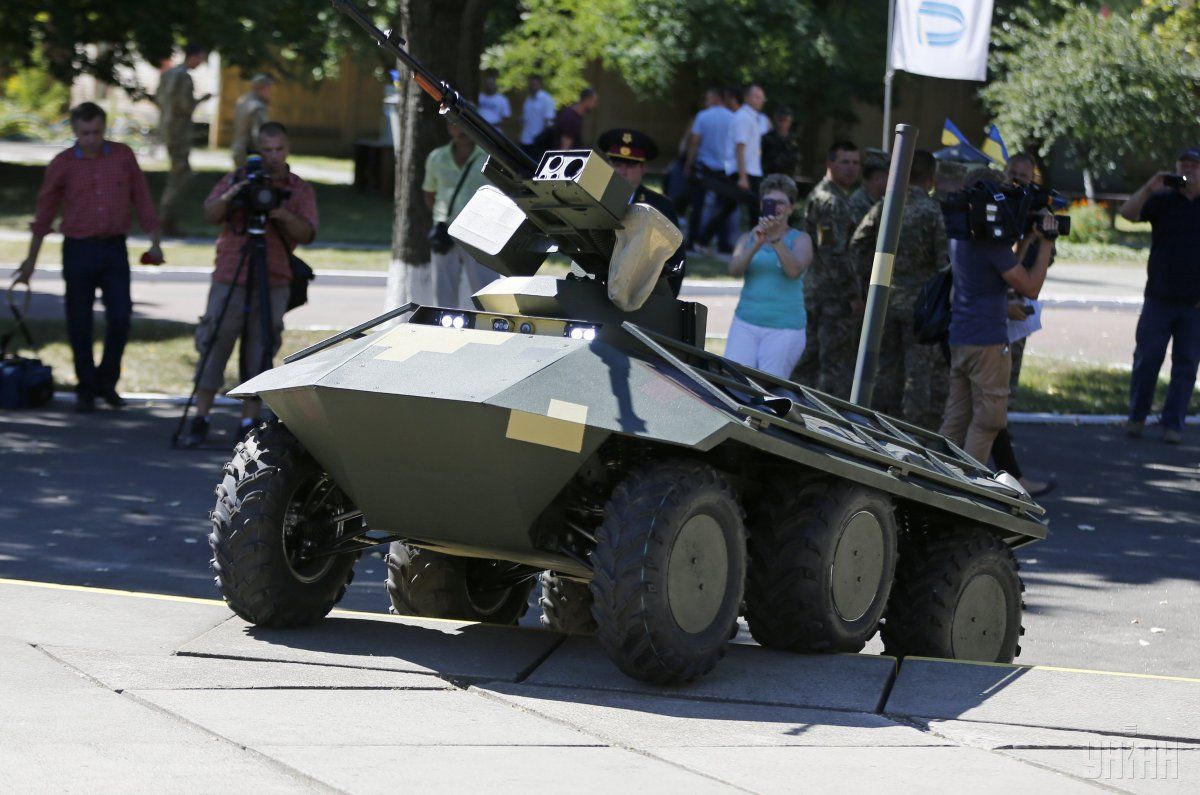 It has an extendable frame that can be outfitted with treads like a tank or with six wheels, and armed with anti-tank weapons, grenade launchers, or machine guns. Currently in testing, the Phantom could be sent into action against Russian-backed forces as early as next year, they said, Defense One reported.

Russia, too, has a wide array of ground bots it could dispatch to the conflict, though Moscow has not signaled its readiness to do that. But Russian drones of the flying variety have been used to tremendous effect there. They identify enemy positions to target fires. They hijack cell-tower signals to deliver false messages and texts, an effect experienced by Ukrainian soldiers and even NATO soldiers outside the country.

Meanwhile, the Russians have been quite up-front about using ground robots in Syria, although Russian media outlets reporting on their missions have been all over the map. Such unmanned ground vehicles, or UGVs, include the Platforma-M, the Nerehta, and the Uran-9. Still, the Russians are not known to have deployed UGVs in the destabilization war against their Western neighbor.

"What's interesting about the Ukrainian conflict is that it's the Ukrainian side that is developing unmanned systems it thinks will help it fight. Phantom is one such machine," said Samuel Bendett, an associate research analyst with the Center for Naval Analyses' International Affairs Group.

Read alsoUkraine to buy modernized BTR-4E armored personnel carriers – Def. minister PoltorakThe Phantom – occasionally spelled "Fantom" in promotional literature – was designed with input from frontline Ukrainian troops who have been slugging it out against Russian forces.

Three-plus years of those difficult experiences are embedded in the robots like the Phantom. It has a backup microwave communication link and can return to its last waypoint when the link to the operator is jammed or severed. If all else fails, or the electronic warfare environment is too tough to allow and wireless control, you can also steer the robot with a 7 kilometer cable, like a 19th-century diver connected to the surface via a breathing tube—which goes to show how, in warfare, every step forward can be a step back.

If you see a spelling error on our site, select it and press Ctrl+Enter
Tags: #war
Latest news