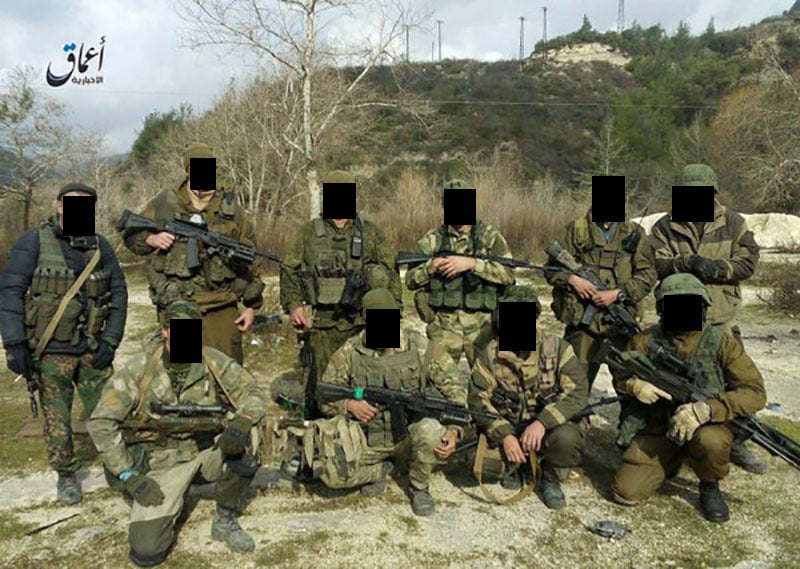 A group photo of supposedly Wagner mercenaries spread by ISIS resources. However, the Russian outlet Fontanka.ru supposes this photo was made in Donbas

Special Forces Colonel Dmytro Utkin – call-sign "Wagner" – is the commander of the mercenary company. In 2016 a photo briefly emerged on the internet in which Utkin appeared together with Russian President Vladimir Putin. All who saw it treated it like proof that Putin has a state army, and his own private army. An army for all circumstances – even a sudden palace rebellion, Euromaidan Press reported.

Read alsoOver 500 Russian mercenaries, who earlier fought in Donbas, now taking part in Syria warRussian journalist Denys Korotkov since 2013 has reported on the Wagner private army, gradually gathering together the terrible truth. Mercenaries in Ukraine were paid 120,000 rubles per month (approximately $2,000 USD). In Syria, Wagner operatives are paid double that. Denys first unveiled personal applications of Wagner operatives, stating that he had nearly 2,000 of such documents. After publishing his investigation on the Saint Petersburg site "Fontanka," the journalist's address and other personal information appeared online. He received threats.

On October 7, chief of the Security Service of Ukraine Vasyl Hrytsak unveiled a sensational investigation into the part Wagner played in the majority of Russian military operations on Ukrainian soil from 2014 to 2015, beginning with the occupation of Crimea. The Wagner company, according to the information provided by the SBU and published by Russian journalists, consists of between 2,000 and 5,000 well-trained professional soldiers, as well as tanks, howitzers, and Multiple Launch Rocket Systems. They train in a special, secret training ground in Rostov Oblast. According to Russian journalists, Dmytro Utkin answers to only one person: the businessman Yevhen Prihozhyn, who is Putin's restaurateur. Appart from restaurants, Prihozhyn is connected to entities which secured a monopoly on provisions for the Russian army, and also with firms which defend Syrian oil and gas extraction. Prihozhyn takes for himself a quarter of the extracted fuel. 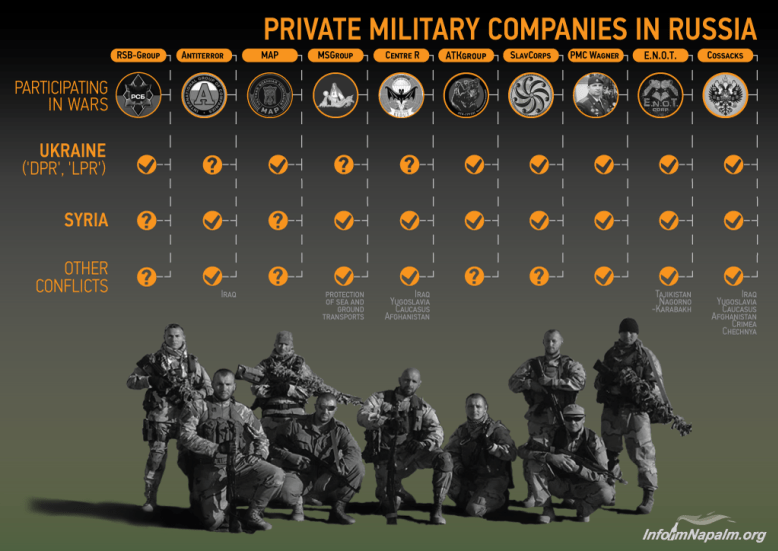 Recently, relations between the Russian Ministry of Defense and the Wagner private army have steeply declined. Information has appeared about the bad situation with armaments and payment delays for the mercenaries, and the wounded men of Wagner company are no longer flown back to Rostov on military airplanes, but in the baggage compartments of passenger jets.

If you see a spelling error on our site, select it and press Ctrl+Enter
Tags:RussiaDonbasUkrainePutinWagner