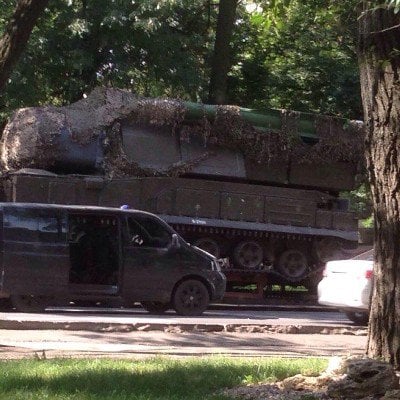 "The JIT has released a new photograph of Buk 332 in Ukraine on the day of the MH17 downing," Bellingcat tweeted.

This photograph is now the ninth piece of photographic/video evidence of Russian Buk 332 in eastern Ukraine, and the article is being prepared in this regard now, according to the Ukrainian online newspaper Ukrayinska Pravda.

As reported, videos from Makiivka, Torez, Snizhne, Donetsk, the "Paris Match video" filmed in Donetsk, as well as photos from Snizhne, Torez, Zuhres, and the new image are among the evidence of the Russian Buk presence in eastern Ukraine.

The JIT had previously issued a report stating that retired Russian Major General Sergei Dubinsky ("Khmuryi") carried out the transportation of Buk 332, from which the MH17 flight was allegedly shot down.

The JIT has released a new photograph of Buk 332 in Ukraine on the day of the MH17 downing. We are preparing an article on the image now. pic.twitter.com/JEQmHh705Q