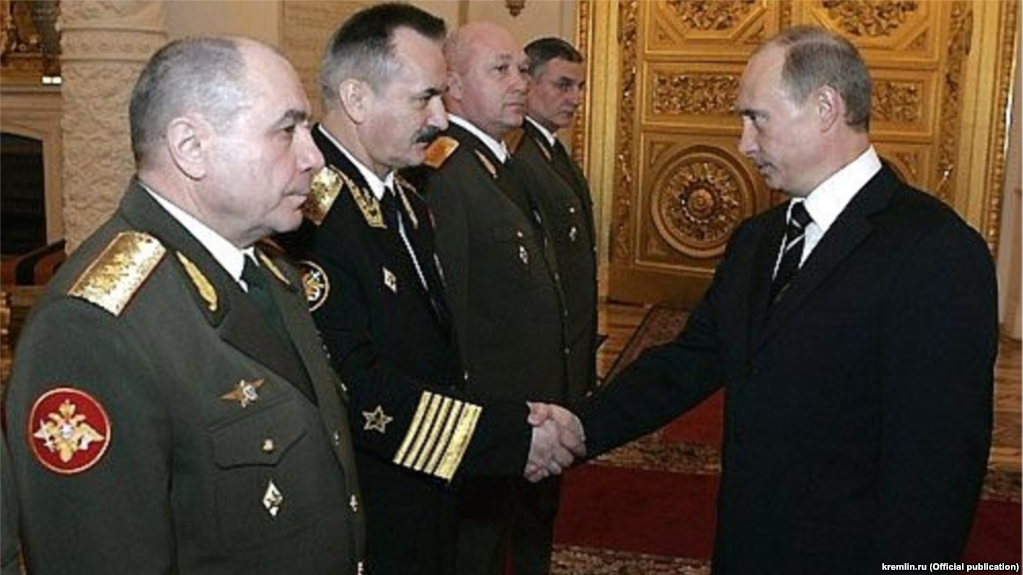 The investigation has identified, to a high degree of certainty, Delfin as Colonel General Nikolai Fedorovich Tkachev, currently serving as the Chief Inspector of the Central Military District of the Russian Federation, Bellingcat reported.

On September 28, 2016, the Dutch-led Joint Investigation Team (JIT), the criminal investigation into the downing of Malaysia Airlines Flight 17 (MH17), published a call for witnesses regarding two key individuals in the downing of the airliner: "Delfin" and "Orion," with the first name and patronymics of (respectively) Nikolai Fedorovich and Andrei Ivanovich. In their call for witnesses, the JIT also published a number of intercepted telephone calls between these two individuals, where they address each other by their first names and patronymic.

There are a number of details surrounding Delfin and Orion that are unclear, including their exact role in the downing of MH17, but the fact that the JIT has specifically requested information on them implies how they are key persons of interest in the criminal investigation of the tragedy. Now, over a year after the JIT's call for witnesses, a long-running investigation that combines open source research, investigative journalism, and two independent forensic analyses has determined Delfin's identity: Colonel General Nikolai Fedorovich Tkachev, currently serving as the Chief Inspector of the Central Military District of the Russian Federation.

Read alsoBellingcat: No doubt MH17 downed by Russian Buk missileThe Insider spoke with Colonel General Tkachev immediately prior to publication of this report. He denied having been in Ukraine in 2014 or even traveling outside Yekaterinburg since 2012.

After concluding that Colonel General Tkachev was by far the most likely candidate to be Delfin, Bellingcat and The Insider sought samples of Tkachev's voice among open source materials. The only publicly available voice sample was a brief utterance during a 2017 ceremony at the Yekaterinburg Suvorov Military School.

However, a far longer sample of Tkachev's voice was needed to cross-reference it against Delfin's voice in the JIT's call for witnesses. In order to obtain this audio, The Insider conducted two telephone conversations with Colonel General Tkachev under the cover of writing a story on Yekaterinburg Suvorov Military School, where Tkachev serves as chairman of the newly established Board of Trustees for the school.

"Available open source information suggests that [the] person behind the pseudonym "Delfin" is a former or current Russian army officer of higher rank, likely a general. Furthermore, his words indicate that his name is Nikolai Fedorovich. Only Colonel General Nikolai Fedorovich Tkachev matched these characteristics; however, before conducting forensic audio analysis, there was no direct evidence showing Tkachev's direct link to the 'LPR' [the self-proclaimed 'Luhansk People's Republic'] and the war in the Donbas. The voice sample collected by The Insider was analyzed to firmly establish the link between Delfin and Tkachev. As shown by multiple reports, his collaboration with the Luhansk People's Republic took place during the period when MH17 was downed."

Per his own words in the recent telephone conversation with the Insider, Tkachev served the Russian Armed Forces on July 17, 2014, as the Chief Inspector of Russia's Central Military District, and continued these duties immediately after the downing and his permanent return to Russia.

Malaysia Airlines' MH17 Boeing 777 heading from Amsterdam for Kuala Lumpur was shot down on July 17, 2014, over militant-occupied territory in Donetsk region. All 298 people on board who were citizens of 10 countries were killed in the crash. The majority of the victims, 196, were citizens of the Netherlands. The Dutch Safety Board October 13, 2015, issued a report on the causes of the accident. It was revealed that the plane had been shot down by a Buk anti-aircraft missile system. The Joint Investigation Team in its report published on September 28, 2016, confirmed that the plane had been downed by a Russian-made Buk brought to Ukraine from Russia. No suspects have been named, though Dutch Chief Prosecutor Fred Westerbeke said last year his office has identified 100 "persons of interest" in the investigation, including those who organized the arrival of the rocket and oversaw its transportation from Russia to Ukraine and back.

If you see a spelling error on our site, select it and press Ctrl+Enter
Tags:RussiaMH17JIT