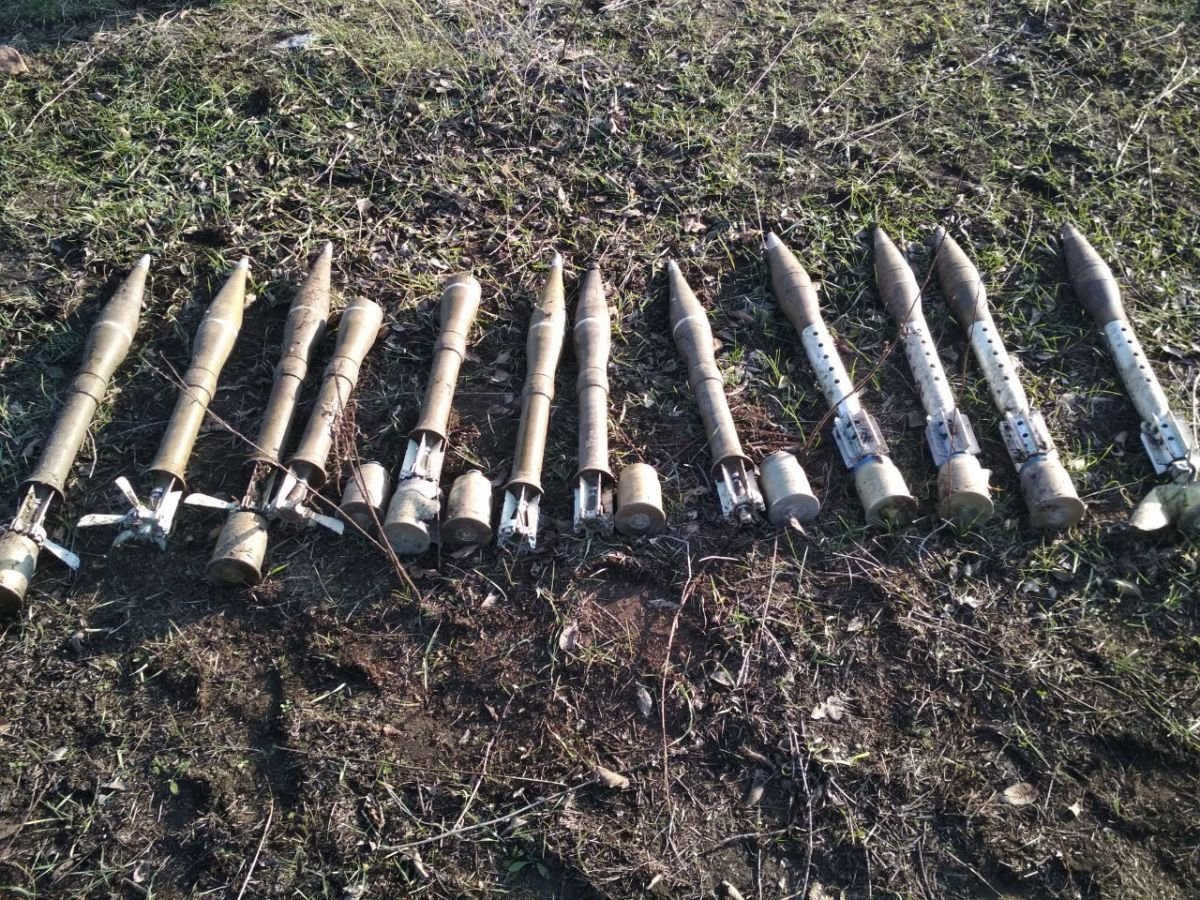 There were 27 fragmentation and cumulative charges in the cache to the mounting anti-tank grenade launcher SPG-9 with additional accelerating charges, as well as two rocket-propelled anti-tank grenades  RPG-26, the report says.

Judging by the marking, the ammunition was manufactured in Russia, border guards say.

"The find was handed over to representatives of the State Service of Ukraine for Emergency Situations with a view to further disposal," the report said.

Read alsoSBU nabs coordinator of sabotage network working for Russian intel across Kharkiv regionIt is assumed that, most likely, the weapons and ammunition found could have been intended for subversive operations. The search for their "owner" in underway.

As reported earlier, the Ukrainian side to the JCCC reported that the militants had been planting Russian-made mines across Donbas and that that mines already found had never been produced in Ukraine and neither have they been supplied to the Ukrainian Armed Forces. Therefore, they could not have been “seized” by some "tractor drivers" or "taken from caches in coal mines across Donbas," as Russian propaganda media claim when trying to refute Russian military presence in Donbas and supply of Russian weapons to the area.

If you see a spelling error on our site, select it and press Ctrl+Enter
Tags:DonbasUkraineammosubversioncache