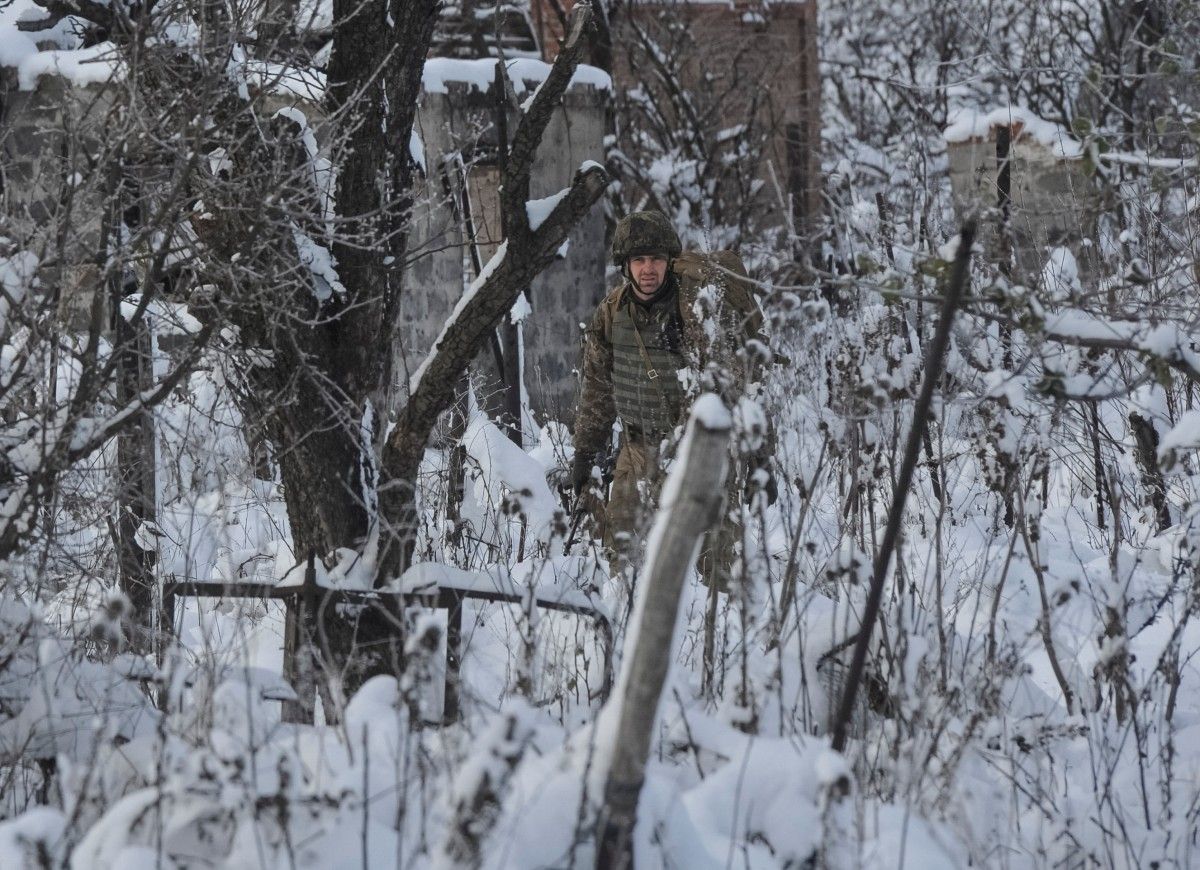 Russian-terrorist forces in the past 24 hours fired 31 times at the positions of the Armed Forces of Ukraine. In response, Ukrainian troops 22 times suppressed enemy fire, employing weapons not banned by Minsk agreements.

In the past day, the enemy fired multiple rounds of 120mm and 82mm mortar shells and also various types of infantry weapons along defense fortifications of the Armed Forces outside Luhanske, Troitske, Novo-oleksandrivka, Krymske and Triokhizbenka. Near these settlements, the enemy launched more than 110 mortar shells of various types and calibers.

Near Maiske and Novoluhanske, in the afternoon hours, the militants also violated the truce by firing from grenade launchers and machine guns.

In Donetsk direction, the enemy fire was intense throughout the day on the approaches to Hnutovo where weapons proscribed by Minsk agreements. In particular, the invaders used mortars of various calibers, and in the evening hours, they engaged the Ukrainian forces from a tank.

Read alsoCanada determines Ukraine as appropriate destination for inclusion on firearms control listIn the Avdiyivka and Verkhniy Torets areas, the situation was just as tense. The invaders, apart from mortars, used infantry weapons against the Ukrainian troops.

In other sectors of the Ukrainian defenses, militants fired grenade launchers and small arms outside Kamenka, Starohnativka and Hranitne.

Read alsoDonbas militants attack Ukraine 11 times on Dec 16 – ATO HQAs UNIAN reported, the residents of Travneve and Hladosove were forced out of their homes as a result of militant shellings.

If you see a spelling error on our site, select it and press Ctrl+Enter
Tags:ATODonbasUkrainemilitantsRussianAggression