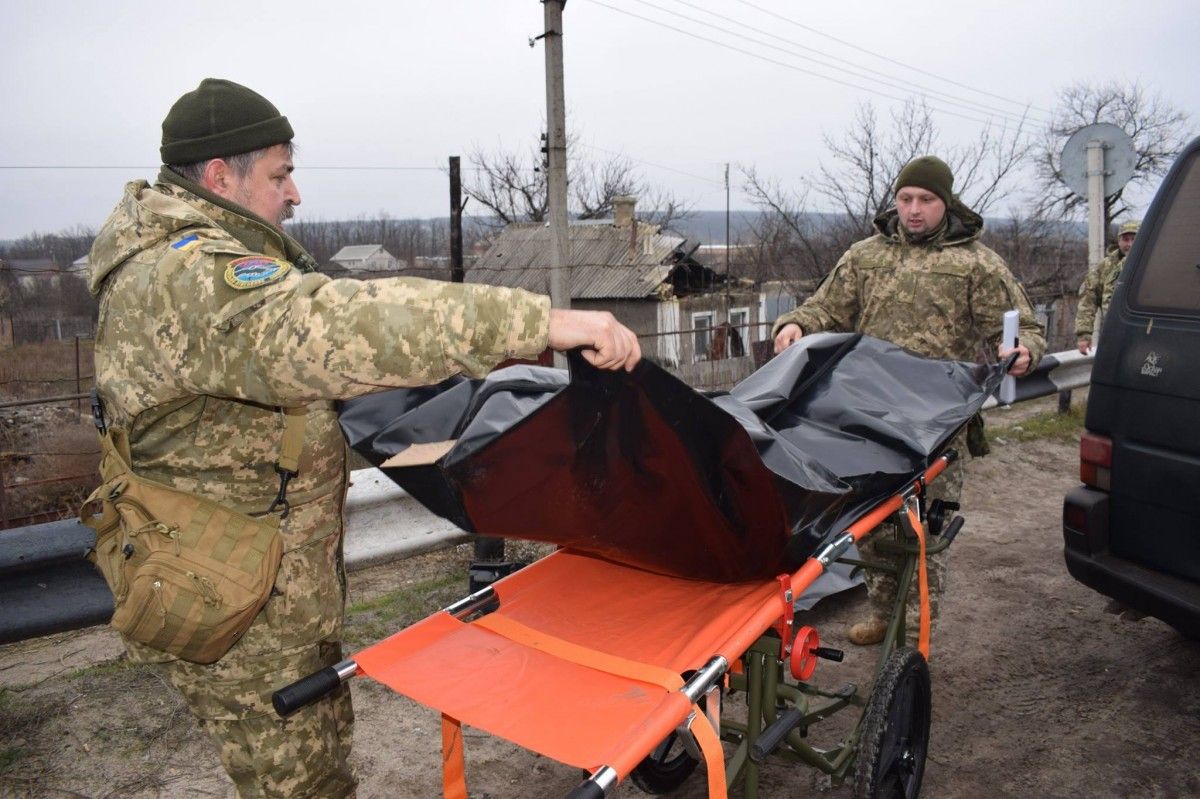 The bodies were handed over after DNA tests / Photo from facebook.com/ato.news

The transfer of the bodies, which is part of the Evacuation 200 humanitarian project of the Armed Forces of Ukraine, took place at the Stanytsia Luhanska checkpoint, it said on Facebook on January 6.

Read alsoUkraine's SBU encourages mothers of missing Russian soldiers in Donbas to undergo DNA testsThe bodies were unearthed by a search group for civil-military cooperation near the town of Schastia in Luhansk region in September 2017.

The bodies were identified as local militants as part of close interdepartmental cooperation of the Armed Forces, the National Police and forensic authorities. After necessary investigative actions and DNA tests, they found relatives of the victims in the temporarily occupied territory in Luhansk region.

If you see a spelling error on our site, select it and press Ctrl+Enter
Tags:warDonbasRussianAggressionLuhanskCargo200