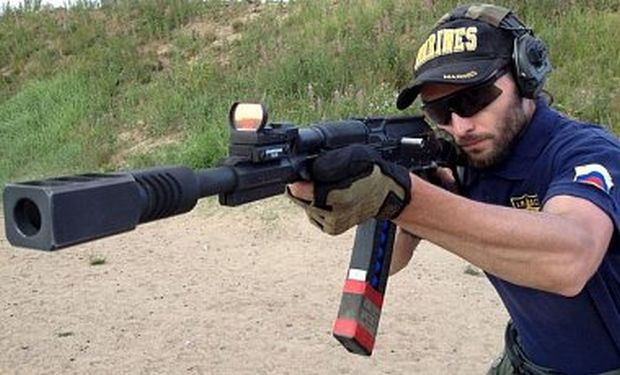 "In 2014, Zalichev was a sniper with the Wagner private military company," she wrote on Facebook on Friday, February 2.

As UNIAN reported, SBU chief Hrytsak said earlier that the SBU had established the involvement of the Russian private military company (PMC) Wagner in armed conflicts in Donbas and Syria.

Read alsoSBU releases intercepted comms between PMC Wagner chief, Russian army General on Donbas incursion"To date, we have identified 1,587 people who are members of PMC Wagner. The total number we see now is about 5,000 people. The geography of their deployment is Ukraine (occupied areas in Donbas; June 2014-August 2015) and Syria (the cities of Homs, Hama, Latakia, Damascus, and Palmyra on August 15, 2015), he said.

The Wagner's training base is located in Russia's Krasnodar Krai.

According to Hrytsak, "this project of the Russian special services allows the Kremlin's politicians to confidently state before the public and the international community: 'They [Russian military] are not there [in Ukraine]' or 'We have not sent them there.'"

Russian citizens account for 95% of PMC Wagner members, the SBU said. Ukraine's security service also identified about 40 Ukrainian citizens who were trained for subversive activity in Ukraine. What is more, the SBU has information that there are about 100 fighters from a Balkan country who are related to PMC Wagner.

In addition, the SBU has video evidence of PMC Wagner's participation in the seizure of Luhansk airport in 2014.

If you see a spelling error on our site, select it and press Ctrl+Enter
Tags:RussiaDonbaschampion