The aggressor continued to use mortars and infantry weapons. 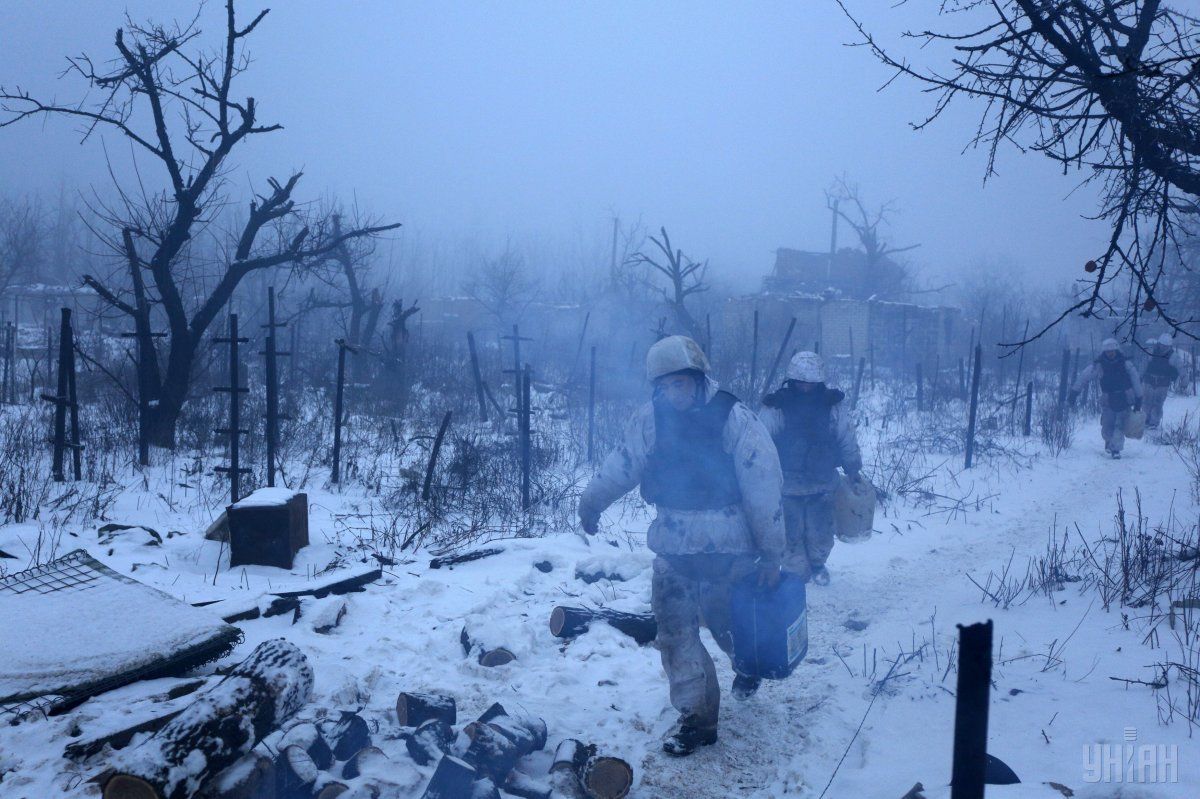 Read alsoRussian proxies attack Ukraine four times in past day, no casualties reported"The main fire activity of the Russian occupation forces was recorded yesterday in the daytime. The aggressor continued to use mortars and infantry weapons," the press center of the Anti-Terrorist Operation Headquarters reported on Facebook on Saturday morning.

"In the Donetsk sector, the enemy had been shelling our positions near the town of Avdiyivka for almost three hours with a small break, using 82mm mortars, grenade launchers of various types, heavy machine guns and small arms. In the south of Donetsk region, the enemy violated the ceasefire from 82mm mortars and grenade launchers near the villages of Lebedynske and Pavlopil," reads the report.

At the same time, the second half of the day, starting at about 17:00 Kyiv time, went without violating the ceasefire, the headquarters said.

The press center also said that on February 1, a serviceman of the Armed Forces of Ukraine was killed while stepping on an unknown explosive device.

If you see a spelling error on our site, select it and press Ctrl+Enter
Tags:ATODonbashybridwarUkraineArmyRussianAggresion