Life in occupied Luhansk region: Sandwiches instead of wages (Photo)

The economy in occupied Donbas is seeing new lows.

The occupying authorities in the so-called "Luhansk People's Republic" ("LPR") have decided to give out sandwiches instead of wages to employees of enterprises due to the lack of cash.

"The economy in the occupied areas of Donetsk and Luhansk regions (ORDLO) has hit rock bottom! A third millennium meme is a sandwich instead of a wage! This photo shows an extract from the instructions, but people on the other side of reality confirm it is actually the case," speaker for the State Border Guard Service of Ukraine Oleh Slobodyan wrote on Facebook and attached the copy of the document dated February 7, 2018.

"For the period of a delay in December wages, Acting Director Igor Berezhnoy should arrange catering of personnel and distribute sandwiches at canteens," Director of JV Rovenkyantratsit, a Rovenky-based coal mine, Vladimir Shatokhin said in the instructions. 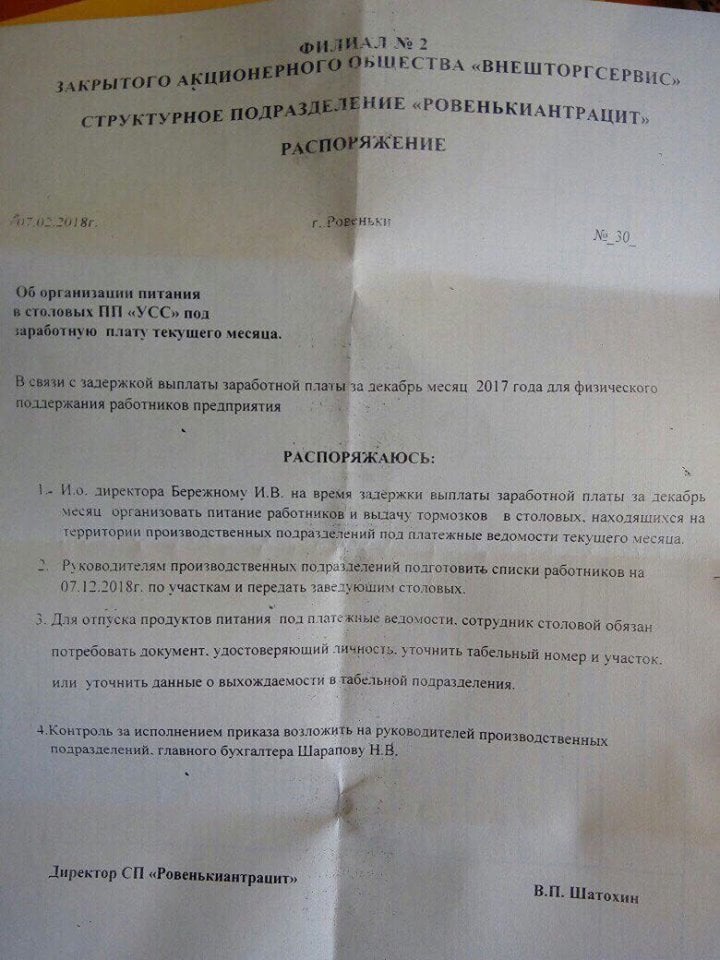 As UNIAN reported earlier, the occupied areas have been seeing a number of economic challenges, including the water supply. In particular, on January 30, the Luhansk Energy Association (LEA) cut the Petrovsky pumping station (Petrovsky water intake) of the Popasna water distribution company, off the grids. It supplies water to the areas of Luhansk region beyond government control ("LPR"), in particular, to part of the militant-occupied Luhansk and a number of settlements nearby. The reason for the cut-off is the debt of the local company, which as of January 30 had amounted to about UAH 173 million.

If you see a spelling error on our site, select it and press Ctrl+Enter
Tags:LPRLuhanskwages