The bodies were found with gunshot wounds. 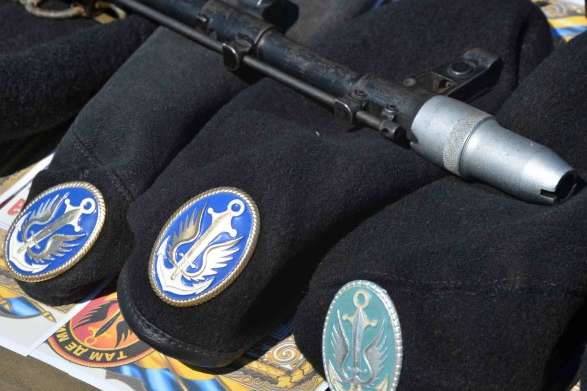 The Prosecutor General's Office (PGO) of Ukraine has confirmed the murder of four marines near the village of Shyrokyne in Donetsk region in the Anti-Terrorist Operation (ATO) zone, eastern Ukraine.

"The ATO Military Prosecutor's Office has opened a criminal case under Part 2.1 of Article 115 of the Criminal Code of Ukraine (deliberate murder of two or more persons)," Ukrainian Prosecutor General's press secretary Larysa Sargan wrote on Facebook on Thursday, February 15.

Read alsoATO HQ reports Ukrainian marines found dead in place of residenceA pre-trial investigation included the examination of the scene with the participation of experts. It also involved a number of other urgent and priority investigative actions aimed at solving the case.

"The bodies were found with gunshot wounds; [there were also] signs of concealing the crime (arson and planted explosives) in the room where they were staying," Sargan wrote.

She noted that "two fellow marines' involvement in the homicide was established after careful examination of the evidence obtained. The two were detained in keeping with Article 208 of the Criminal Procedure Code of Ukraine. Investigative experiments and interrogations were conducted with the participation of their lawyers, during which the latter made a confession about the circumstances of this murder committed on the basis of bulling and hazing in the military."

Other investigative actions with the detainees are under way. They are facing charges under Part 2.1 and Part 2.12 of Article 115 of the Criminal Code (deliberate murder of two or more persons committed by prior conspiracy).

Forensic, chemical, explosive, ballistic, immunological, cytological, molecular and genetic, and other types of tests are scheduled.

A preventive measure in the form of arrest is to be decided.

If you see a spelling error on our site, select it and press Ctrl+Enter
Tags:PGOmurderMarinesShyrokyne