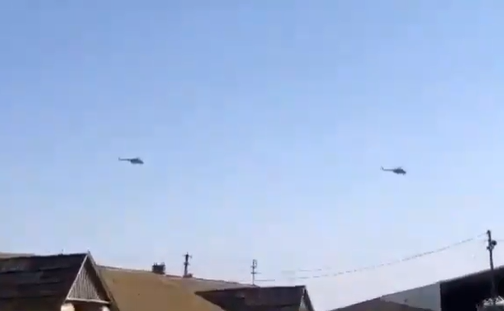 Russian helicopters have been spotted in Rostov region, near the border with Ukraine.

The relevant footage was posted on social networks and TikTok.

"A group of Russian combat helicopters, including the Ka-52 Alligator and Mi-28 Night Hunter attack ones, have been spotted near the border with Ukraine," according to the Military Columnist Telegram channel.

"The movement of a large group of Russian aviation has not been recorded directly near the border line. But it is possible this could occur at a certain distance from the border, since some reports, with reference to eyewitnesses, state this happened in the Belogorsk district of Russia's Rostov region," spokesperson for the State Border Guard Service Andriy Demchenko told the news outlet Novosti Donbassa.

Violation of Ukraine's airspace by Russia