The notorious site is located at a long-abandoned factory that used to be an artist hub in pre-war times. 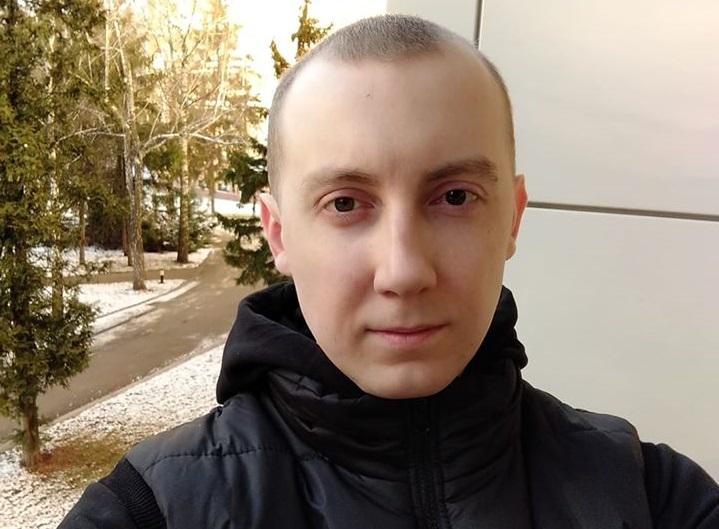 Former political prisoner and journalist Stanislav Aseiev, who had for over two years been held captive by Russian proxies at a Donetsk-based "Izoliatsia" prison, spoke up about the abduction and torture.

In an interview with Ukrayinska Pravda, Aseiev was abducted as he was heading home after making a report for the Ukrainian media about the so-called "Republic Day". As an armed patrol team were checking his backpack, one of the militants made a call and plain-cloth operatives appeared within minutes to detain him.

As it turned out, Aseiev had been put on a wanted list 18 months ago after he was spotted taking pictures at an assassinated local warlord's funeral.

"They dragged me into the car, put a bag over my head, and took me to the so-called 'MGB' headquarters on 26, Shevchenka Street, which is actually in the center of Donetsk," Aseiev said.

Interrogators were beating Aseiev during the so-called "interrogation," although they had first tried to video-record the questioning routine.

"As soon as the camera was turned off, they brought in a 'tapik'. This is a device whose wires they connect to different parts of the body. In my case, it was my thumbs – and that's how torture started. There was beating, psychological pressure, and threats - they sought to force me into confessing that I'm not just a journalist, but also a spy, working for Ukraine's Main Intelligence Directorate. I signed everything after an hour of torture. I said I'd sign anything," said Aseiev.

During the first three weeks of his confinement, Aseiev was held in the basement. Still, the prison administration would force him to keep posting on social media to conceal the fact of his arrest.

Read also"DPR" secret prisons employ torture experts, not random people: ex-captivesAseiev has spent a total of 28 months in the notorious prison located at a long-abandoned factory that used to be an artist hub in pre-war times.

"The specific thing about Izoliatsia is that it's not a legit prison, it's a concentration camp. This is not some hook title for the media. This word most accurately conveys what's happening there," he explained.

It was "classic 1937" in the dungeons, Aseiev exclaims.

"Of course, I can't be aware of how things used to be back then, but there are no limits in Izoliatsia. Because even in the Soviet Union of 1930s, if someone was sentenced in a 'political' case, at least no one would mess with them afterwards. In Izoliatsia though, you would endure daily, round-the-clock harassment. I was transferred there two months after the so-called verdict was handed down, so I have my experience to tell from," Aseiev said.

Read alsoThose who tortured Ukrainians in Donbas dungeons among swapped, ex-prisoner claimsFrom a psychological point of view, even from the psychiatric perspective, classical psychopaths and sadists are at the helm there, which was impossible not to notice," the ex-political prisoner summed up.

A year ago, on December 29, 2019, Ukraine sealed a major exchange of held persons with the Russian proxy forces in Donbas. Seventy-six Ukrainians returned from enemy captivity, including Stanislav Aseiev, who had spent over two years in custody, as well as 12 military and 64 civilians.

In total, 81 people were released, including five who chose to stay in the occupied territory. As part of the swap, Ukraine handed over 120 persons, while another 17 refused to be part of the exchange. The Ukrainian authorities, in particular, handed over the former "Berkut" police task force servicemen accused of executions at Institutskaya Street in Kyiv during the Revolution of Dignity in 2014, as well as a Brazilian militant Rafael Lusvarghi.