Leaflets with pro-Ukrainian slogans were posted across towns in the occupied areas. 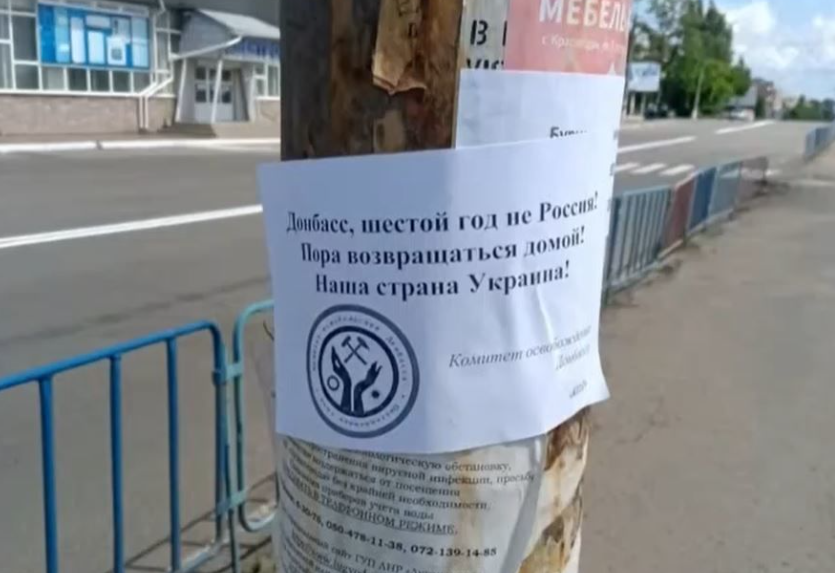 "It's been six years, and Donbas isn't Russia. Time to come home. Our country is Ukraine" / TSN / Special correspondent

An underground activist organization coordinated efforts in the occupied Donbas to spread the word about what they believe is important for the local population to remember.

"Donetsk region is part of Ukraine, even its occupied areas," read paper leaflets, loads of which were posted on walls and lamp poles across towns in the occupied territories.

Separate groups of like-minded citizens earlier held a series of secret meetings where a decision was made to unite in a larger organization that will go by the name of "Committee for Donbas Liberation", the Ukrainian TSN news service reports.

The outlet's sources say some of the Committee's members are those who used to be ardent supporters of the so-called "Russian world" ideas back in 2014, at the onset of Russian aggression in Donbas. 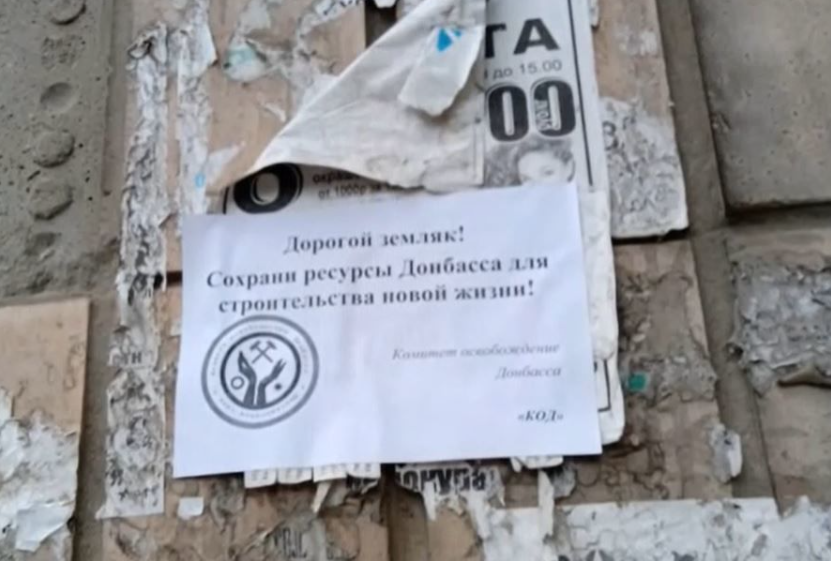 The leaflets were printed in Russian, spreading messages of the need for resistance to the occupation.

It took less than a day though for the occupation authorities to make sure the leaflets were destroyed.