This is her first working visit as OSCE Chairperson-in-Office. 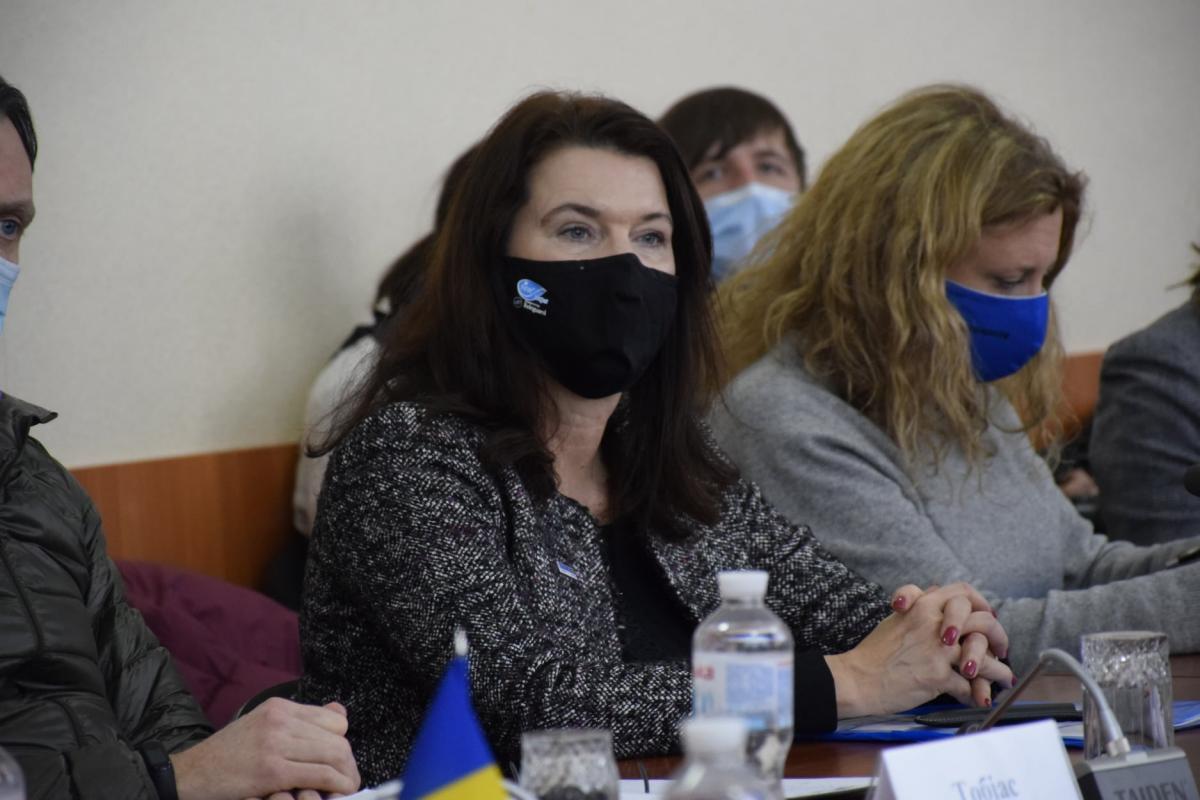 OSCE Chairperson-in-Office Ann Linde is on a visit to Ukraine / Photo from facebook.com/pressjfo.news

OSCE Chairperson-in-Office and Minister for Foreign Affairs of Sweden Ann Linde has made a field visit to Ukrainian-controlled areas in the Joint Forces Operation (JFO) zone in Donbas, eastern Ukraine.

"A foreign delegation led by OSCE Chairperson-in-Office, Minister of Foreign Affairs of Sweden Ann Linde has arrived in the area of the Joint Forces Operation today," the press center of the JFO HQ said in a statement on Facebook on January 20.

In particular, Linde noted that this is her first working visit as OSCE Chairperson-in-Office.

"I would like to assure you of my full support in relation to Ukraine. One of the priorities for our organization will be to resolve the crisis in and around Ukraine. The principles and commitments that the OSCE has undertaken will be the basis for this. We would also want to alleviate the negative consequences that civilians of Donbas have been experiencing," she stressed.

"Valuable insights on [a] field visit in Luhansk as OSCE Chairperson-in-Office, provided by the ICRC [International Committee of the Red Cross] and local community, who support people affected by the conflict. Moved by their testimonies on how the conflict affects everyday life," Linde tweeted later on Wednesday.

"Grateful to learn more about important work of the authorities in Luhansk region eastern Ukraine. I welcome the improved security situation & encourage further steps to alleviate civilians’ hardships. As Chair I will work to support conditions for civilians affected," she added.

Speaking in an interview for the Ukrainian-registered news outlet European Pravda, Ann Linde said she did not consider the current situation in Donbas a "frozen" conflict, because the work of the Trilateral Contact Group and negotiations in the Normandy format on that matter were ongoing.

She also noted that she did not consider it expedient to consider the use of force to regain control over the Russia-occupied areas of Luhansk and Donetsk regions, because this would not allow a stable peace to be established.

Sweden on January 1, 2021, took over the OSCE Chair, and will in the coming year focus on defending the European security order, addressing protracted conflicts and enhancing democracy and gender equality.

"The ongoing conflicts and crises in the OSCE area, such as the situations we see in Belarus, in and around Ukraine and the increased tensions around Nagorno-Karabakh require the continued, common attention of our organization. This will naturally be on our agenda at the beginning of the year," Linde said then in an official statement.

If you see a spelling error on our site, select it and press Ctrl+Enter
Tags:DonbasRussianAggressionOSCEDonbasWar