One Ukraine soldier killed, one wounded amid 14 enemy attacks in Donbas in past day 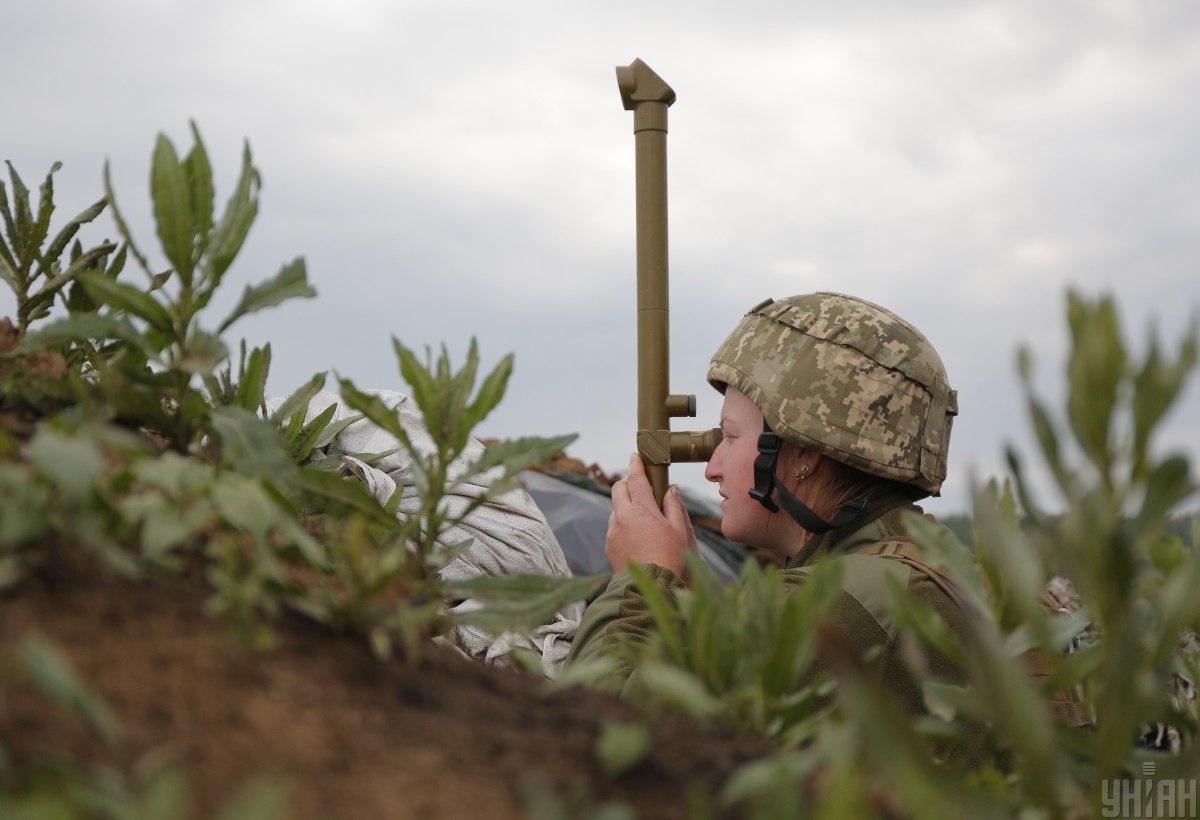 One Ukrainian soldier was killed and another one was wounded as Russia-led forces mounted 14 attacks in Donbas, eastern Ukraine, on Thursday, June 18.

"The Russian Federation's armed formations violated the ceasefire 14 times in the past day," the press center of Ukraine's Joint Forces Operation Headquarters said on Facebook in an update as of 07:00 Kyiv time on June 19. "Unfortunately, as a result of enemy shelling, one Ukrainian serviceman was killed in action and another one was wounded in action."

Under attack were Ukrainian positions near the towns of Avdiyivka and Maryinka, and the villages of Krymske and Orikhove.

According to Ukrainian intelligence reports, Ukrainian troops destroyed one enemy military truck and an ammunition depot within an enemy mortar area on June 18.

"Since Friday midnight, Russia-led forces have attacked Ukrainian positions near the villages of Krymske and Shumy, using 82mm mortars, grenade launchers of various types, and rifles," the update said.