People were killed during the months in 2014 when the town was under the control of "former" Russian military intelligence operative Igor Girkin aka Strelkov and his militants. 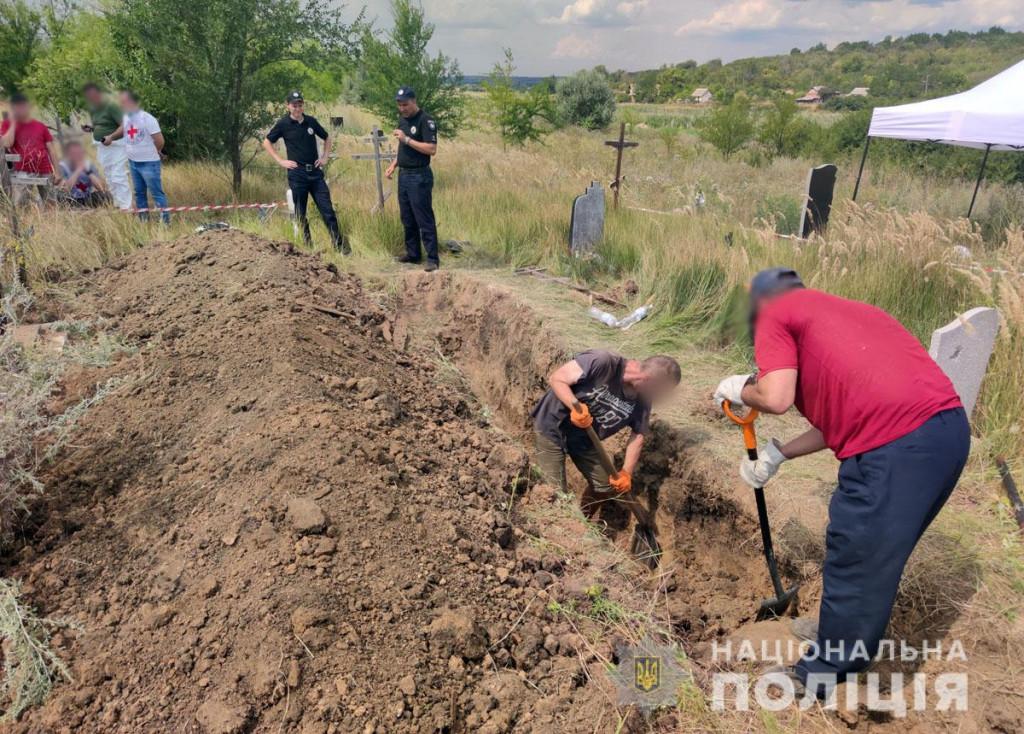 Ukraine's National Police this week said the bodies had been exhumed from a grave at a Sloviansk cemetery as part of a criminal investigation into the deaths of civilians during an armed conflict.

Most information about the latest developments thus remains secret in the interests of the probe, according to the Ministry of Interior.

Identification of remains through DNA testing "will ease the suffering of people whose loved ones have gone missing, and who have been living in obscurity for the past six years," the ministry said in a statement.

"This is not the first exhumation that helped establish the fate of the missing ones and ensure an effective investigation into the circumstances of their deaths. Thus, the police identified the militants who shot dead four civilians in Sloviansk," the statement said.

Although the uncovered grave was on the territory of the cemetery, it was clearly "not intended to be found," the Kharkiv Human Rights Protection Group wrote.

The Russian occupation lasted from April 12 to July 8, 2014, the rights watchdog recalls.

Read alsoTortures in Donbas: Ukraine prosecutors identify about 600 victimsRussian television had already tried to pass the murders off as Ukrainian soldiers' work, claiming – falsely – that they had been killed for helping the militants.  In fact, they may have been killed to steal their cars – which would not be the first time that militants, treated as heroes by Russia, killed purely for gain, the report adds.

The militants did not bother to hide the bodies of all their victims.  Volodymyr Rybak, a 42-year-old Horlivka City Council deputy, was seized on 17 April 2014, after he tried to remove the flag of the self-proclaimed "Donetsk people's republic" , which the Russian and pro-Russian militants had hung over the Council building, and put the Ukrainian flag back in its place.  His horrifically mutilated body was found in a stream near Sloviansk, together with that of 19-year-old Yuri Popravka. The young lad had, together with Yuri Dyakovsky, who was 25, and three other young Maidan activists, set off for Sloviansk to try to gather information about the militants.  They were seized almost immediately, with Dyakovsky’s body found a bit later.

The first evidence of extrajudicial executions and other war crimes was reported by western journalists who arrived in Sloviansk soon after the militants fled.  Girkin, who is on trial (in absentia) in the Hague for his believed role in the downing of Malaysian airliner MH17, enjoys boasting of his "feats" in Donbas, and in 2016 admitted to extrajudicial executions during an interview.  Although the latter was later removed, it has been widely reported, and was undoubtedly saved for submissions from Ukraine to the International Criminal Court.  More recently, Girkin also admitted to using civilians in Donbas as human shields in combat.

In July 2020, RFE/RL published an article entitled "The Executioners of Sloviansk" where they identified some of what they called "Russia-backed militants – including one with ties to a longtime Putin aide in the Kremlin – who ordered the extrajudicial executions of Ukrainians by firing squad and set a dark tone for the war in the Donbas."

The authors were able to identify nine militants who took part in these "military tribunals, and discovered that one of them, Viktor Anosov, "is tied through a Moscow-based organization for Russia-backed fighters to Vladislav Surkov, one of Russian President Vladimir Putin's closest aides at the time of the executions and the architect of the Kremlin's Ukraine policy."

The authors ascertained that at least some of the nine men had received Russian citizenship and will doubtless be protected from prosecution, just as Russia is shielding the men on trial over MH17, the men who tortured and murdered 16-year-old schoolboy Stepan Chubenko and others.