The violations were reported to OSCE representatives. 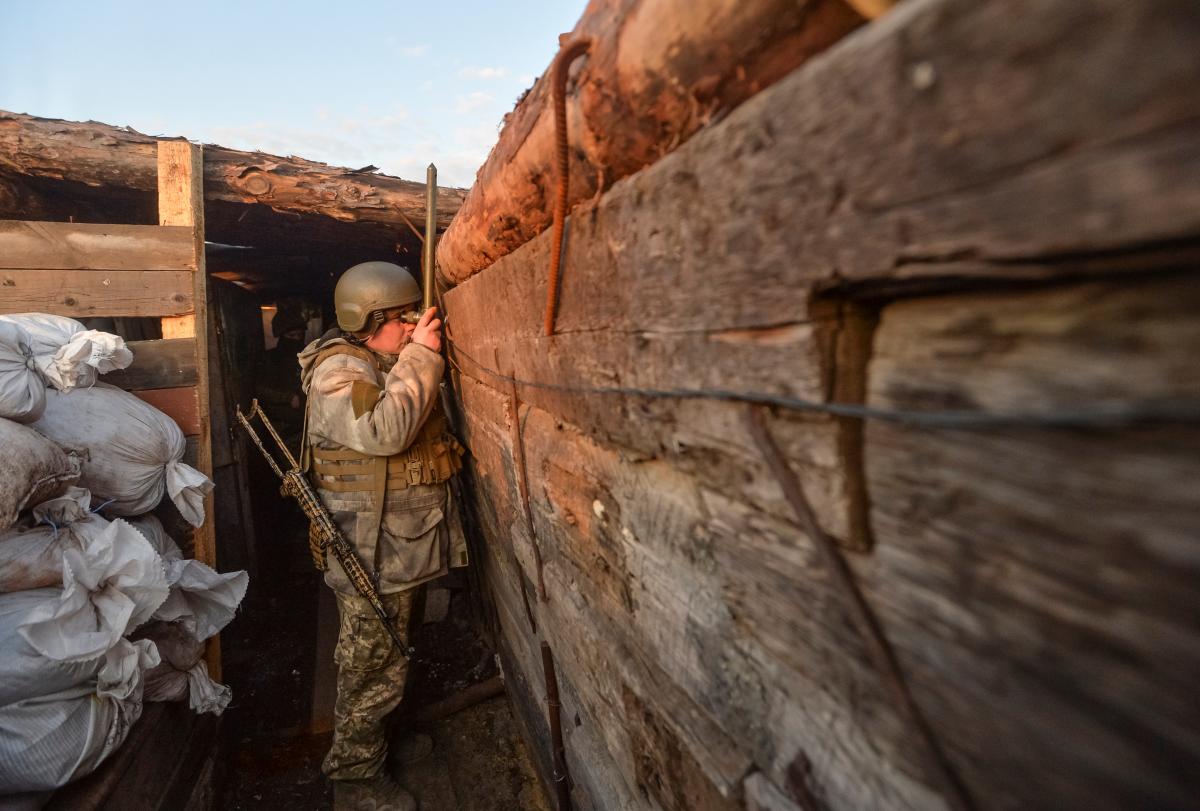 One soldier killed on April 12; one killed, two wounded in Donbas on April 13 / REUTERS

The Command of Ukraine's Armed Forces has reported one killed in action (KIA) amid one of the 17 violations of the ceasefire agreement by Russia-controlled armed groups in the Donbas warzone on Monday, April 12.

"In the past day, April 12, as many as 17 ceasefire violations by the Russian Federation's armed formations were recorded in the Joint Forces Operation (JFO) zone," the press center of the Ukrainian JFO Command said on Facebook in an update as of 07:00 a.m. Kyiv time on April 13, 2021.

"A member of the Joint Forces received a fatal gunshot wound amid aimed fire opened by the Russian Federation's armed formations on positions of our units," the report says.

From 00:00 to 07:00 a.m. Kyiv time on April 13, three ceasefire violations were recorded in the JFO zone. In particular, the enemy fired 82mm mortars near Pivdenne.

"Near the village of Mayorsk, an enemy UAV, while crossing the contact line, dropped grenades on the positions of our units, as a result of which one soldier received a fatal wound," the report said.

Another two members of the Joint Forces were wounded. They were rushed to the hospital where they received medical assistance.

"Pending a new meeting of the Trilateral Contact Group, the occupation forces have increased the number of attacks along the entire contact line, using weapons prohibited by the Minsk agreements. At the same time, the intensity of information warfare and fake reports in the information space in the temporarily occupied territories and in the Russian Federation has grown significantly," the JFO HQ said.

Russia-controlled forces also continued escalating the situation near one of disengagement areas by shelling the town of Zolote, Luhansk region, not to open the local checkpoint from the side of the occupied part of Ukraine.

If you see a spelling error on our site, select it and press Ctrl+Enter
Tags:UkraineRussianAggressionescalationhybridwarceasefireviolationsDonbasWarJFO