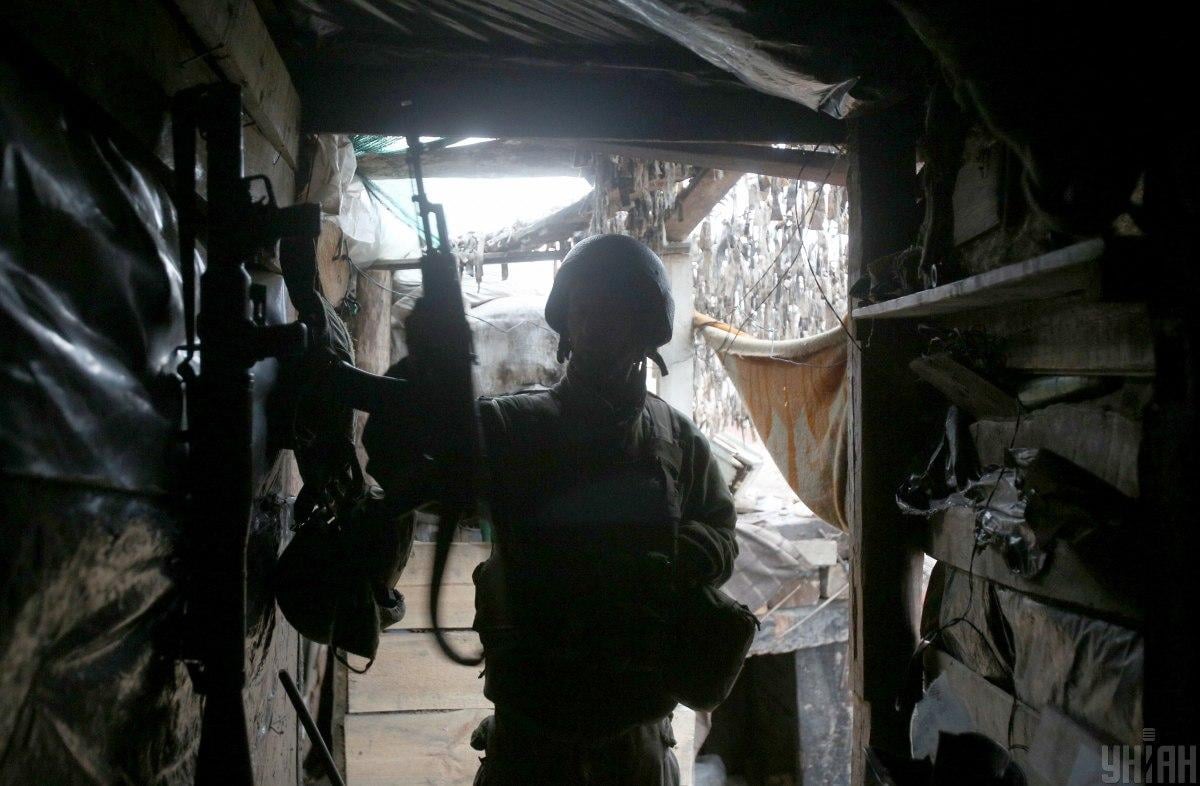 The Command of Ukraine's Armed Forces has reported one wounded in action (WIA) amid nine violations of the ceasefire agreement, committed by Russia-controlled armed groups in the Donbas warzone on Monday, April 26.

"In the past day, April 26, nine ceasefire violations were recorded in the Joint Forces Operation (JFO) zone," the press center of the Ukrainian JFO Command said in a Facebook update as of 07:00 Kyiv time on April 27, 2021.

In particular, the enemy fired automatic grenade launchers and heavy machine guns twice near the village of Zaitseve.

"A Ukrainian defender received a gunshot wound amid enemy shelling. He was promptly provided with first aid and rushed to the hospital," it said.

Read alsoUkraine's draft on sanctions for truce violations in Donbas to be discussed on April 27 – KravchukWhat is more, they fired grenade launchers of various systems and heavy machine guns twice toward Ukrainian positions near the village of Pavlopil, while under-barrel grenade launchers and heavy machine guns were used near the town of Avdiyivka.

Since Tuesday midnight, April 27, three ceasefire violations have been recorded in the JFO zone. In particular, the enemy fired 120mm mortars near Vodiane, heavy machine guns and automatic rifles near the village of Mayorsk, as well as tripod-mounted man-portable antitank guns near the village of Talakivka.