Zelensky in Donbas: Army fires back after attacks with casualties

The Ukrainian leader says that government officials should visit the Joint Forces Operation zone on a rotating basis. 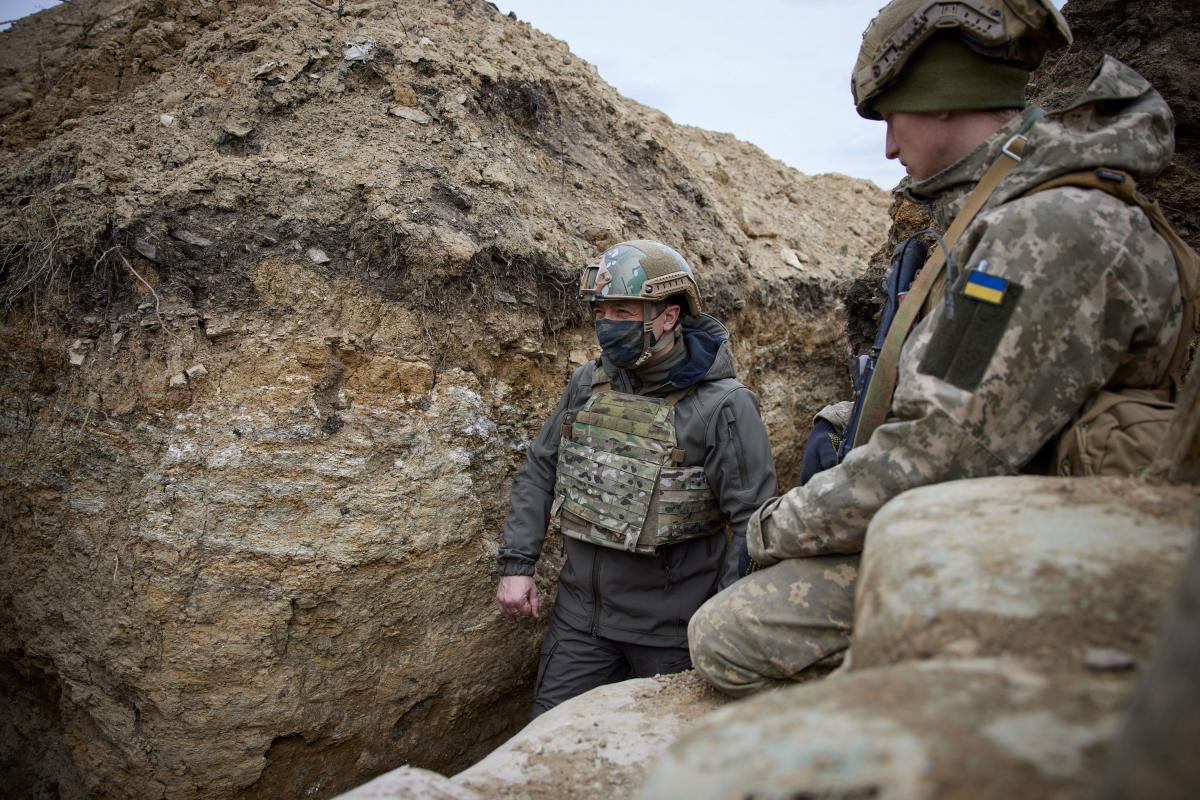 Ukrainian President Volodymyr Zelensky, while visiting the front line in Donbas, Ukraine's east, says that the Ukrainian Army fires back in response to Russia-led forces' attacks only when there are casualties.

He announced this in a comment to TV Channel Ukraina 24.

"The military are doing their best to defend the state and observe the ceasefire. It is clear that when they attack our soldiers and there are killed in action, everyone knows that the Army fires back," Zelensky said.

The Ukrainian leader says that members of the government should visit the Joint Forces Operation zone so that the military could see they are supported.

"Those who are in power in Ukraine should go to Donbas. At least on a rotating basis. It is very important. It is important, first of all, for soldiers to see that they are supported by the authorities, that the authorities are not hiding in the offices, but are there where it is really difficult, where people are heroes, where they decide the fate of Ukraine, defending its borders. Who will work in the offices if there is no one to defend the borders," the president said.

If you see a spelling error on our site, select it and press Ctrl+Enter
Tags:DonbasceasefireDonbasWarZelensky