Joint Forces have fired back. 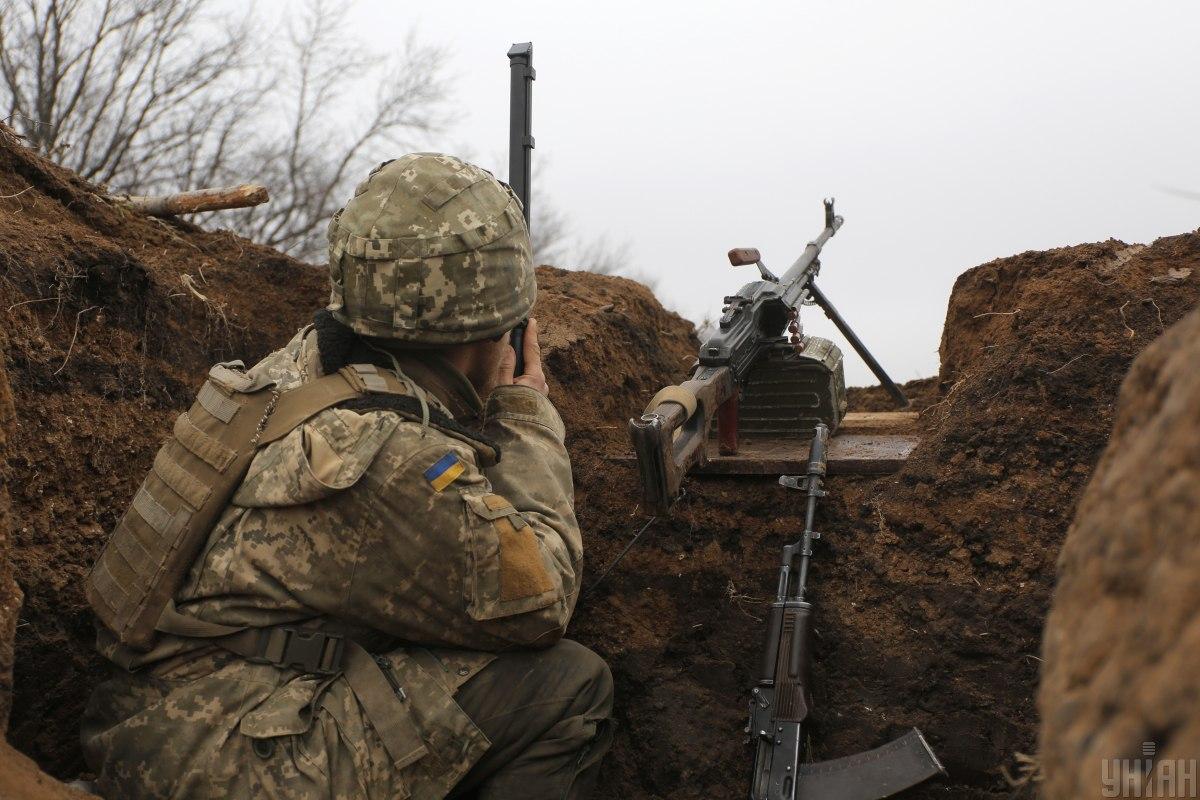 The Command of Ukraine's Armed Forces has reported one killed in action (KIA) and two wounded in action (WIA) amid 11 violations of the ceasefire agreement by Russia-controlled armed groups in the Donbas warzone on Monday, February 22.

"In the past day, February 22, as many as 11 ceasefire violations were recorded in the Joint Forces Operation (JFO) zone," the press center of the Ukrainian JFO Command said on Facebook in an update as of 07:00 Kyiv time on February 23, 2021.

In particular, Russia's armed formations fired grenade launchers of various types and automatic rifles at Ukrainian positions near the town of Avdiyivka.

"A serviceman was killed as a result of the shelling, while another one sustained shrapnel wounds," reads the report.

What is more, the enemy fired a hand-held anti-tank grenade launcher near the town of Maryinka, as well as rifles near the village of Pervomaiske.

"A member of the Joint Forces was wounded as a result of the shelling. The soldier was provided with medical assistance and evacuated to a hospital," the report says.

Since Tuesday midnight, February 23, three ceasefire violations were recorded in the JFO zone. In particular, the Russian occupation troops fired 82mm mortars and anti-tank grenade launchers near the village of Zaitseve.

"A soldier was killed in the shelling, while another one suffered shrapnel wounds," the JFO HQ said.

Moreover, Russia's armed formations fired 120mm mortars near the town of Krasnohorivka, as well as anti-tank grenade launchers – near Avdiyivka.