According to media, audio tapes have captured the voices of the two indictees in the MH17 downing case, Sergei Dubinsky and Igor Girkin. 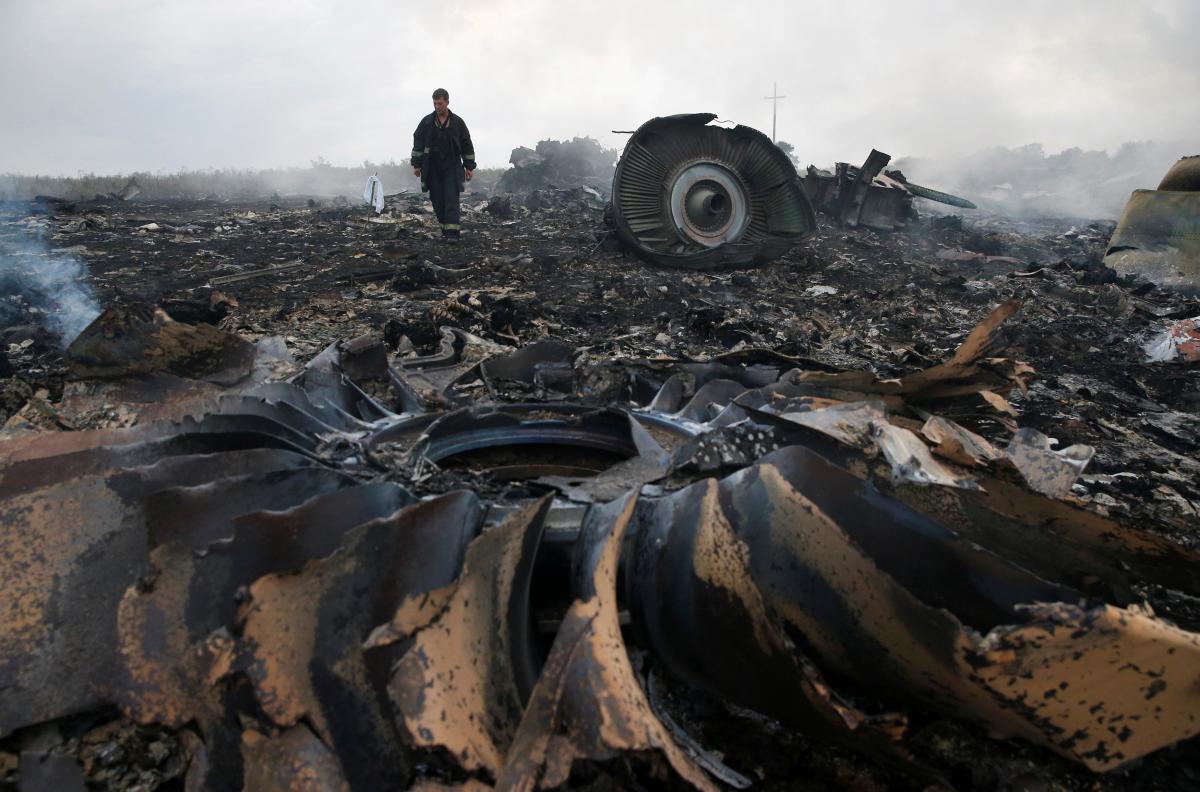 A Dutch public broadcaster, NOS, has released transcripts of intercepted communications as part of the probe into the downing of MH17 passenger jet in the skies over Donbas in July 2014.

According to NOS, the tapes have captured, among others, the voices of the two indictees in the MH17 downing case, Dubinsky and Girkin.

Journalists say communications have been intercepted by Ukrainian security agencies and then released by the Joint Investigation Team probing the deadly incident.

Read alsoBellingcat: Key MH17 figure identified as senior FSB officialHundreds of intercepted conversations paint a detailed picture of the situation at the time, the quarrelling, the theater of war of the moment, the raw reality of a war and of the ambition to hit the Ukrainian air force where it hurts.

The Russian proxies do not have any defense against the artillery bombardments by the Ukrainian army so Sergei Dubinsky, one of the field commanders on the ground, is hoping for Russian support on the other side of the border: "We are now talking to you-know-whom, so that we on our end can carry out an attack," says he, and later: "Let the Russians take them down, sons of bitches."

Less than an hour later, Dubinsky calls a colleague, the deputy commander of the 'Vostok' battalion: "Sanych, I'm not sure that my men can hold out there." In this conversation, Dubinsky says that there is nothing he can do against the Ukrainian combat aircraft. It would be good to have a Buk. "If I can get the Buk system early enough in the morning, I can take it there. Then it's okay. If not, I'm in the shit."

This is the first time in these intercepted conversations that we hear the word 'Buk'. A Buk is an anti-aircraft weapon that can down aircraft from great heights. They are often used in combination with a radar and command vehicle to protect strategic targets, but the Buk launching facility can also independently choose a target based on a radar system, albeit a limited one. An hour later, Dubinsky tells his deputy that a Buk will, indeed, be delivered.

Dubinsky: "And furthermore, I will do my best when, tonight, that ... is towed this way, the Buk-M will come your way straight away." Oleg Pulatov, deputy chief of "DPR" intelligence: "Aha, understood" Dubinsky: "Because there's nothing else we can do, just hope for a Buk." Pulatov: "Aha." Dubinsky: "Well?" Pulatov: "Yeah."

A little later, Oleg Pulatov calls back to give him the first good news of the day. They have downed an SU23 Ukrainian combat aircraft, using a MANPADS, a shoulder-fired air defense system. Thirty minutes later, he corrects himself: The aircraft has not been downed by a MANPADS, but by another aircraft. Later that day, the Ukrainian army also reports their aircraft being downed by a Russian combat aircraft.

A little past midnight, Dubinsky gets a call from Skiff, the commander of the Vostok battalion. He promises Dubinsky troops and tanks if he needs them: "All that I have, all my reserves, literally to the last soldier, I will deploy and send over to you." Dubinsky responds: "Well, the Buk is expected tonight. After that, all our problems should be solved."

On the day of the downing, Thursday, July 17, 2014, Dubinsky is asked by his contact "Bilbiotekar" who deals with weapons supplies from Russia: "Hi Nikolayevich, where do we deliver this beauty?" Dubinsky asks whether this is about the Buk-M. Bibliotekar confirms. It is on a trailer and the crew have arrived with it.

A few minutes later Bibliotekar hears that he is to join a Vostok tank transport. The Vostok convoy is set up near the base on the edge of Donetsk. The conversations that follow make clear that, in the end, Vostok does not wait for the Buk but leaves earlier. The assistance of 'Vostok' is necessary, claims Dubinsky: "In Marinovka, two of my platoons have been crushed, bone and all." The Ukrainian army does not attack but its artillery strikes at the village from a distance. "They just have four batteries shooting, fuck them."

At 9:30 Dubinsky calls his associate Pulatov, who is in the Marinovka area at that point. Dubinsky: "Krot will tow the Buk-M to you any minute now." Pulatov: "Yes, understood." Dubinsky: "You are to set it up near Pervomayskoye, that Buk-M. And Vostok will send three tanks as security."

A little later, Kharchenko is ordered to take the Buk to Pervomaysk. "Set up there, and take the rest of the people with you. You are a reserve and you need to guard that thing." And, he adds, "Gyurza (Pulatov) will join you later." A minute later, he reports the status to Pulatov. They are to go to Pervomaysk to "guard the Buk". Dubinsky: "... you wait for Lonya (Kharchenko). Lonya is now sending that B-M, you understand, right?"

At the end of the conversation, Dubinsky repeats his order one more time: "Your job is to be reserve and to guard that B. You understand me?"

Around 12:45, the Buk transport reaches the town of Snizhne.

Later, Dubinsky receives a report that the Buk operators had downed a Ukrainian combat aircraft: "We are on the spot. We have already brought down a 'Sushka'. Dubinsky: "Well done, big guys! A 'Sushka'! Well done."

Only in about two hours does Dubinsky learn that it was a passenger jet that was downed, not a warplane.

After that, Dubinsky orders that the Buk be transferred back to the Russian border as soon as possible.

The conversations reveal that the Russian influence on militants was increasing at that time, Moscow was involved in strategic planning, while proxies were receiving from Russia secure communication tools, and it was the FSB that supplied them.