Russia-installed "authorities" may hold another "referendum" in occupied Donbas

The previous "referendum" in May 2014 was not recognized by Ukraine and the international community. 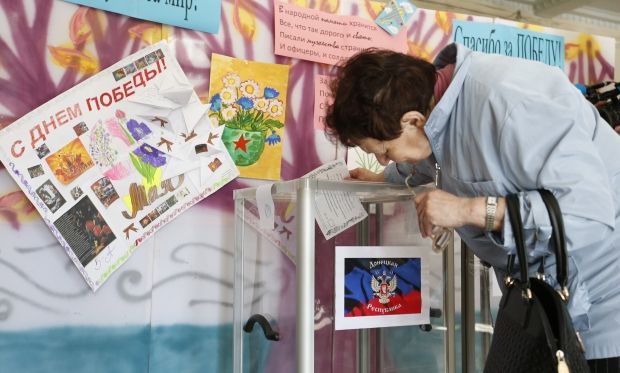 The previous 'referendum' wasn't recognized by the world / REUTERS

The so-called "leader" of the self-proclaimed "Donetsk People's Republic" ("DPR"), Denis Pushilin, says another "referendum on self-determination" could be held in the Russia-occupied part of Ukraine's Donetsk region.

He announced this in a comment for the Russian news agency RIA Novosti.

Pushilin claims it will testify to the "mechanism of direct democracy." This is the way the Russia-controlled terrorist organization wants to draw the world's attention to the "commitment of Donbas to full respect for the norms and principles of international law."

"It was for this purpose that readiness was expressed to assist any international observers if a decision is made to conduct the procedure to express, or to be more precise, to confirm the will of the people of Donbas," he said.