The first president of Ukraine and chief negotiator on Donbas has commented on Russia's possible reaction to Kyiv's moves as regards sanctions on pro-Russian elements. 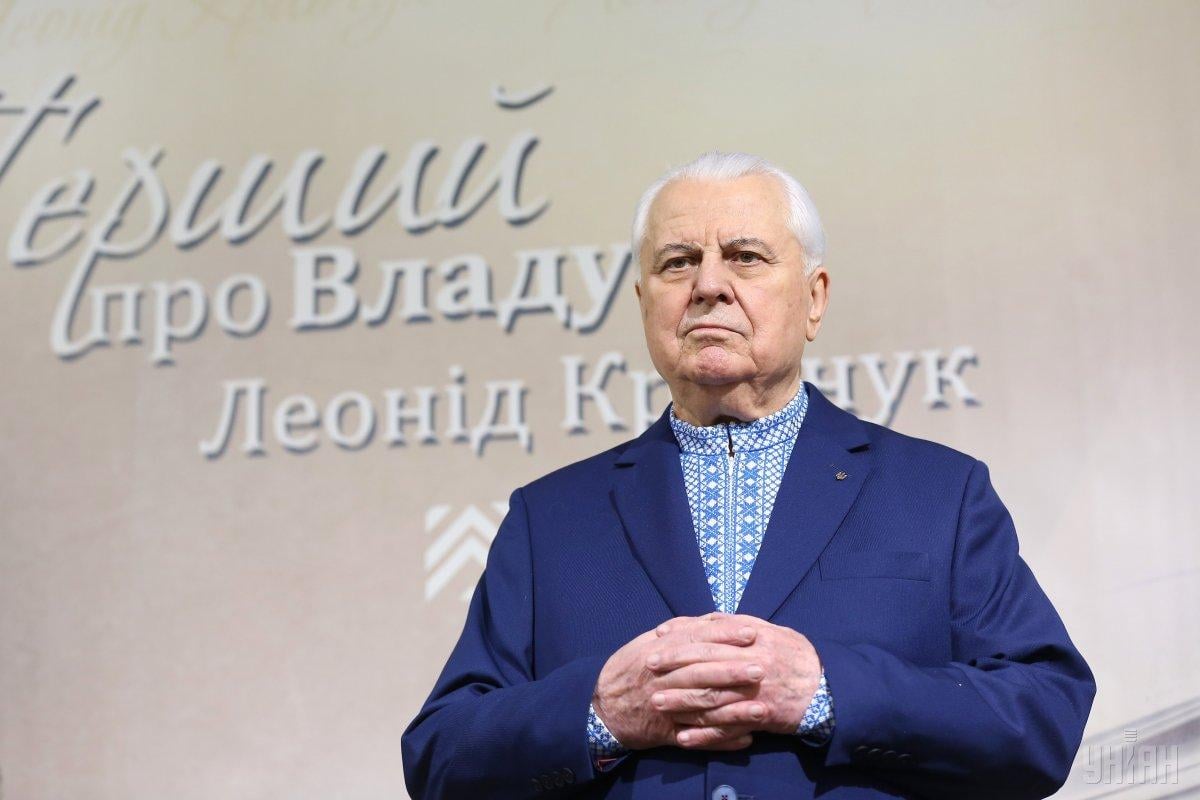 The head of the Ukrainian delegation to the Trilateral Contact Group, Leonid Kravchuk believes that Russia would make a tragic mistake if it started a full-blown war against Ukraine.

Reflecting on the latest decisions by the National Security and Defense Council of Ukraine on sanctions targeting pro-Russian forces, the countyry's first president said they were unlikely to lead to an eruption of a large-scale conflict on the part of Russia, an UNIAN correspondent reported from an event marking the anniversary of the Kurenivka Tragedy in Kyiv's Babyn Yar.

Read alsoAbkhazia scenario: Russia could deploy its troops in Donbas as "peacekeepers" – journalistSpeaking with journalists, Kravchuk was asked if Russia would somehow react to the recent sanctions imposed by Ukraine authorities, including through exacerbating the conflict in Donbas.

"The situation was never completely peaceful. It goes in waves – rising, then falling. Perhaps, today's situation has become aggravated, perhaps this is just a reaction to our moves, because when we used to act, I'd say, more conditionally and calmly, they were just observing... And when President Zelensky and the NSDC began to really act, take appropriate measures, impose sanctions, suspend operations of propaganda channels that were already doing whatever they wanted, it is clear that they (the Russians) began to act as well," said Kravchuk.

"But I don't think this could result in a large-scale conflict. If someone ever comes up with such an idea, I believe this wouldn't be just a mistake, this would be a tragic mistake for Russia," he added.

On February 2, Ukrainian President Volodymyr Zelensky enforced the NSDC's decision to impose sanctions on MP Taras Kozak with the Opposition Platform – For Life party, as well as eight entities that are the founders of the 112 Ukraine, ZIK, and NewsOne TV channels that gained notoriety for spinning Russian propaganda narratives. The said channels were taken off cable and digital on February 3.

On February 19, the NSDC hit with sanctions another 19 legal entities and eight individuals, including Viktor Medvedchuk, Vladimir Putin's main political ally in Ukraine, chairman of the political council of the Opposition Platform – For Life Party, and his wife Oksana Marchenko. Sanctions have been imposed on all of their property and assets. The NSDC also decided to re-nationalize part of the Samara - Western Direction fuel pipeline, owned by the PrykarpatZapadTrans company, believed to be affiliated with Medvedchuk. NSDC Secretary Oleksiy Danilov says the SBU security service is investigating a case on charges of financing of terrorism. Sanctions introduced against Medvedchuk, Marchenko, and other persons are linked with the said probe.

On March 11, the NSDC extended sanctions against two Russian banks, which will expire on March 19. Danilov said that at the next NSDC meeting another package of sanctions will be imposed against more individuals.