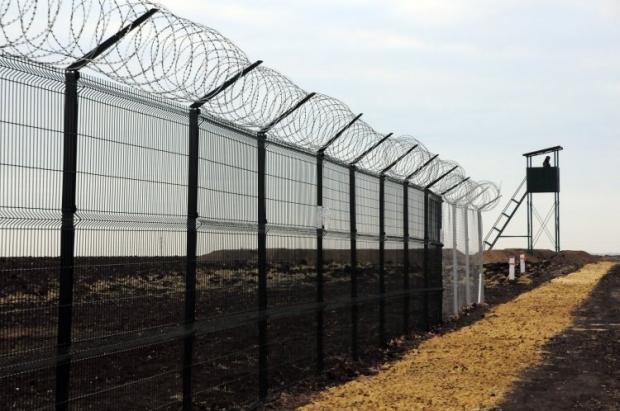 Ukraine's State Border Guard Service denies reports by Russian border guards on an alleged halt to the construction of a walled defense system at the border with the Russian Federation under the Wall, also known as the European Rampart, project.

Spokesman for the Ukrainian Border Guard Service Andriy Demchenko said this in a comment for the RBC Ukraine news agency.

He said the Russians should be better concerned about border infrastructure on their side rather than about affairs of the neighboring state.

"The State Border Guard Service of Ukraine advises the Russian side to focus more on the reliable protection of its section of the border rather than worry about the construction of facilities along the border with the aggressor country. Work within the framework of the engineering development of the border continues," he said.

Demchenko recalled that within the framework of the project, it is not only about creating an anti-transport ditch or a metal barrier, but also the installation of surveillance equipment.

Chief of the Russian border guards Vladimir Kulishov said in an interview for RIA Novosti that the implementation of Ukraine's Wall project was invisible from the Russian side.

"Last year, the Ukrainian side did not carry out active construction work, which is most likely due to insufficient financing of the project," Kulishov said.

Fate of the project

Chief of the State Border Guard Service of Ukraine, Serhiy Deineko, said on May 5, 2021, the government continued works to fortify the country's border sections with Russia.

At the same time, Deineko said the project should not be referred to as "The Wall."

"There is no such project as 'The Wall.' The name has just stuck colloquially. Unfortunately, people associate 'The Wall' project only with some negative things," the chief border guard said.

The official added that, in his opinion, the wall should ensure 100% control over the border line.

"This is exactly the kind of engineering arrangement we're pursuing. We dig anti-tank ditches, arrange control strips, and belt roads, completing this all with a video surveillance system. That is, we build towers where we install CCTV cameras and thermal imagers, which provide 24/7 monitoring of the state border. This is the most effective system that allows completely eliminating any human factor," the official said.