In particular, the helicopter got Ukrainian systems of active and passive protection against missiles with infrared seekers. 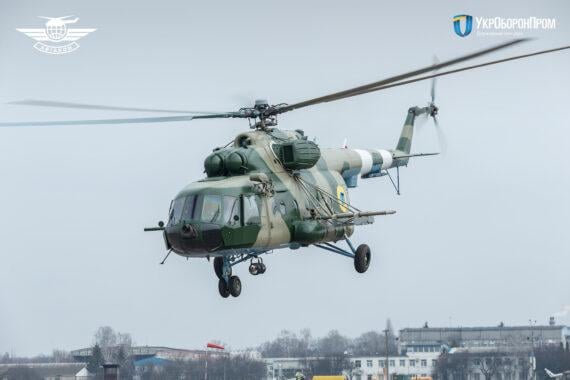 State-run Konotop Aircraft Repair Plant AVIAKON has handed over a repaired and retrofitted Mi-8MT helicopter to the Ukrainian Army Aviation, a military aviation of the Ukrainian Ground Forces.

That's according to the press service of Ukraine's state-run Ukroboronprom.

In particular, the helicopter was upgraded with Ukrainian systems of active and passive protection against missiles with infrared target seeker devices, as well as with Ukrainian-made armored plates.

From now on, the rotorcraft has also a modern radio altimeter, a highly reliable shortwave radio station, a two-stream landing system through cargo doors and an aviation searchlight.

What is more, it is possible to quickly retrofit this helicopter with a modern imported weather radar to perform flights amid bad weather.