Aviation is set to be involved in putting out fires. 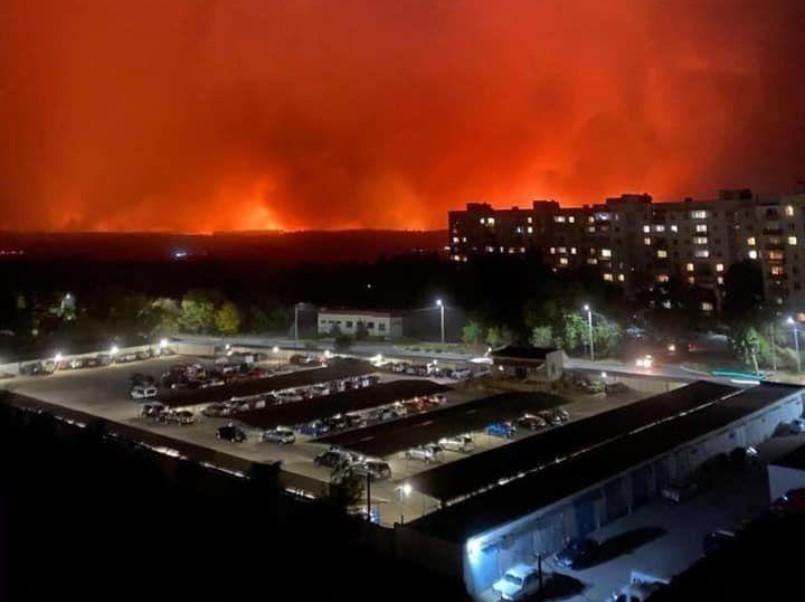 Wildfires broke out in Luhansk region on Wednesday, September 30, after Russian proxy forces made shots toward the forest area.

That's according to the press service of the Stanytsia Luhanska district administration.

"The residents of Stanytsia Luganskaya say that starting at 23:30, incoming large-caliber gunshots were reported from the occupied territory. Loud explosions followed in the area of ​​a crossing checkpoint. At about 00:20, wildfire erupted in the forest close to the checkpoint," the report says.

According to the State Emergency Service, wildfires have already killed four people (three residents and a forester), while 10 people have been hospitalized.

Some 120 people have already been evacuated.

The local authorities are clarifying the damage and the number of destroyed buildings and facilities.

In turn, Chairman of the Luhansk Regional State Administration, Serhiy Haidai, said the authorities were set to involve aviation in putting out wildfires in the area.

"Two planes are ready. We have contacted the Command, requesting 'silence'. As soon as, or if we are ensured 'silence', we immediately launch the aircraft. There may even be a third plane involved," he said.

On September 2, twenty-four dry grass fire hotbeds were spotted in Luhansk region across the area of ​​about 1,200 hectares.

The Joint Forces Operation HQ said the large-scale fires in Luhansk region could be a result of deliberate arson by enemy forces.

Criminal proceedings have been launched into possible arson.

Schools were suspended in Severodonetsk, the town in the immediate proximity to wildfire hotbeds.