The leader is also concerned about the blocking of the Azov-Black Sea region by Russian warships. 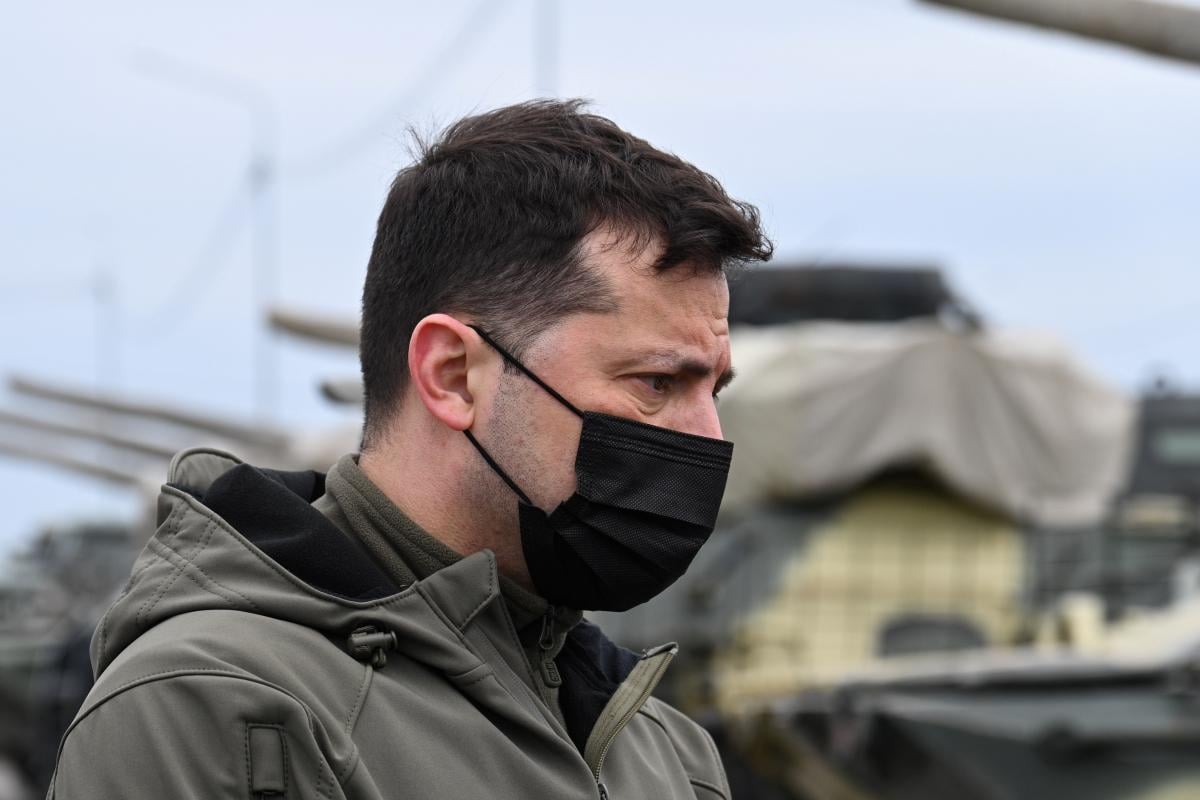 President of Ukraine Volodymyr Zelensky spoke about a possible blitzkrieg Russia could go for to the borders of Donetsk and Luhansk regions and an attempt to "cut through" a land corridor to the occupied Crimea.

Read alsoZelensky: Russian escalation possible at any moment up to late SeptemberSpeaking with Frankfurter Allgemeine Zeitung about possible military options on the part of the Russian Federation, Zelensky said: "There are many military options at Russia's disposal, including naval operations. We are very concerned about this, and now we're seeing the blocking of the Azov-Black Sea region by Russian warships. They control it, despite international law, violating it. This is what you said – one of the options for [additional] access to Crimea is to cut through the corridor through mainland Ukraine," the president's press service reports.

Zelensky also admitted the possibility of Russia's escalation from the occupied Donbas.

"We understand this very well. A Great Leap Forward, a blitzkrieg to the borders of Donetsk and Luhansk regions... We are considering this and preparing for such steps," the president stressed.

However, according to Zelensky, if we assume the likelihood of an attempt to "cut through" the corridor to the temporarily occupied Crimea, this means that it will not be possible to conceal these developments under the guise of "civil conflict" as it will be an open full-scale war.

In response to a clarifying question about a possible blitzkrieg by Russia, Zelensky said he didn't rule out the invasion from the east, south, or north.