The president believes civil servants and deputies should also come to the front more often. 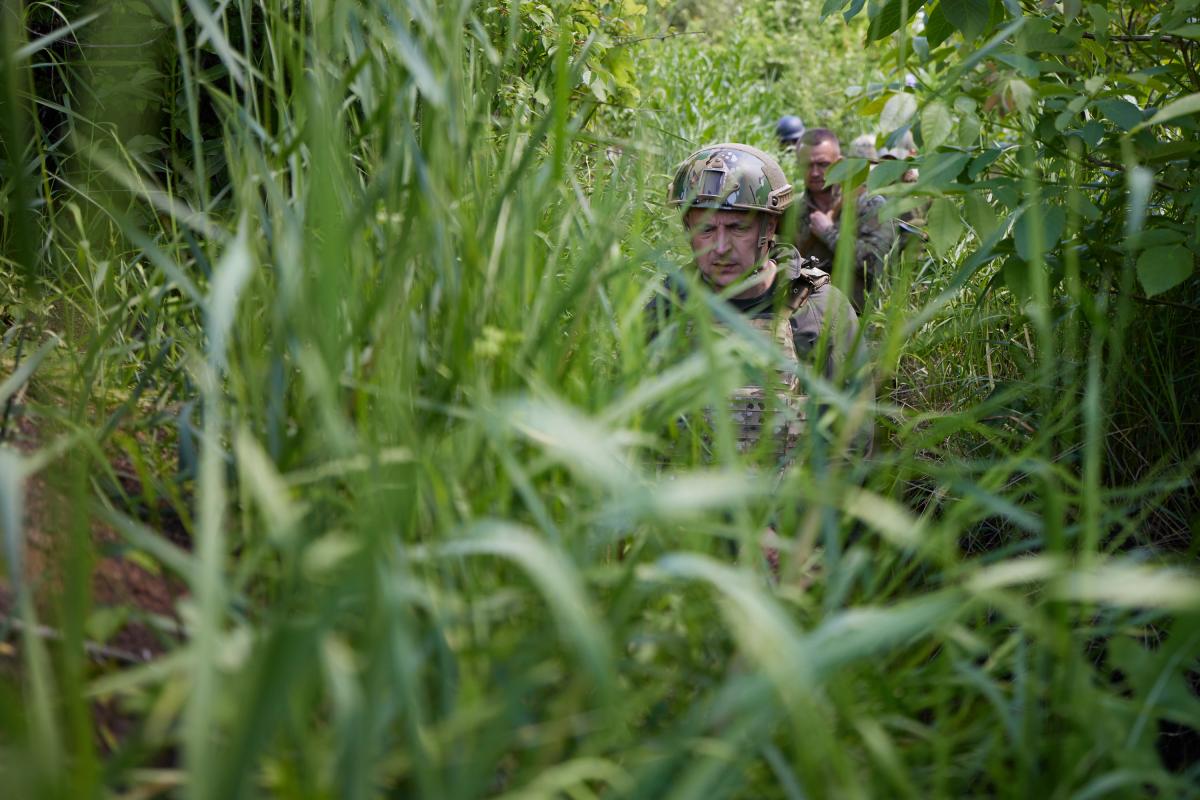 President Volodymyr Zelensky has visited the front line and dined with the servicemen in the soldiers' field cafeteria.

During a working trip to Donetsk region, Zelensky visited the front line positions of Ukrainian defenders recently shelled by the enemy, according to the press service of the President's Office.

The Ukrainian positions the head of state visited are located 700 meters from the enemy lines.

Read alsoDonbas war: Ukraine records six ceasefire violations on June 8Zelensky met with the military serving on the front line and heard a brief on the situation there.

"Indeed, we're seeing – and our military are noting, too – a decrease in the number of live fire incidents – it has significantly dropped over the past seven to 10 days. However, there are provocations, and, unfortunately, there are combat losses. However, thank God that now we're hearing thunder, not shots," the head of state said.

Also, he added, it is important to see that Ukrainian soldiers are well armed and provided with everything they need, as well as to understand what exactly they require.

The head of state noted the high spirit of Ukrainian servicemen.

"The impressions from the visit to the front line are always very positive," the president said, noting that the faces of Ukraine's defenders always radiate calm and heroism.

Zelenskiy noted that civil servants and deputies should also come to the front line more often to support the Ukrainian military and take them as an example.

"It's always an honor for me to visit our defenders. I'm charged and inspired by their heroism. Therefore, I come with joy, with pride," Zelensky said.

"I just want to thank each of you, each serviceman, for protecting Ukraine on a daily basis," he said. "Come back alive from the combat field."

Zelensky has also dined with the military in the soldiers' field cafeteria. 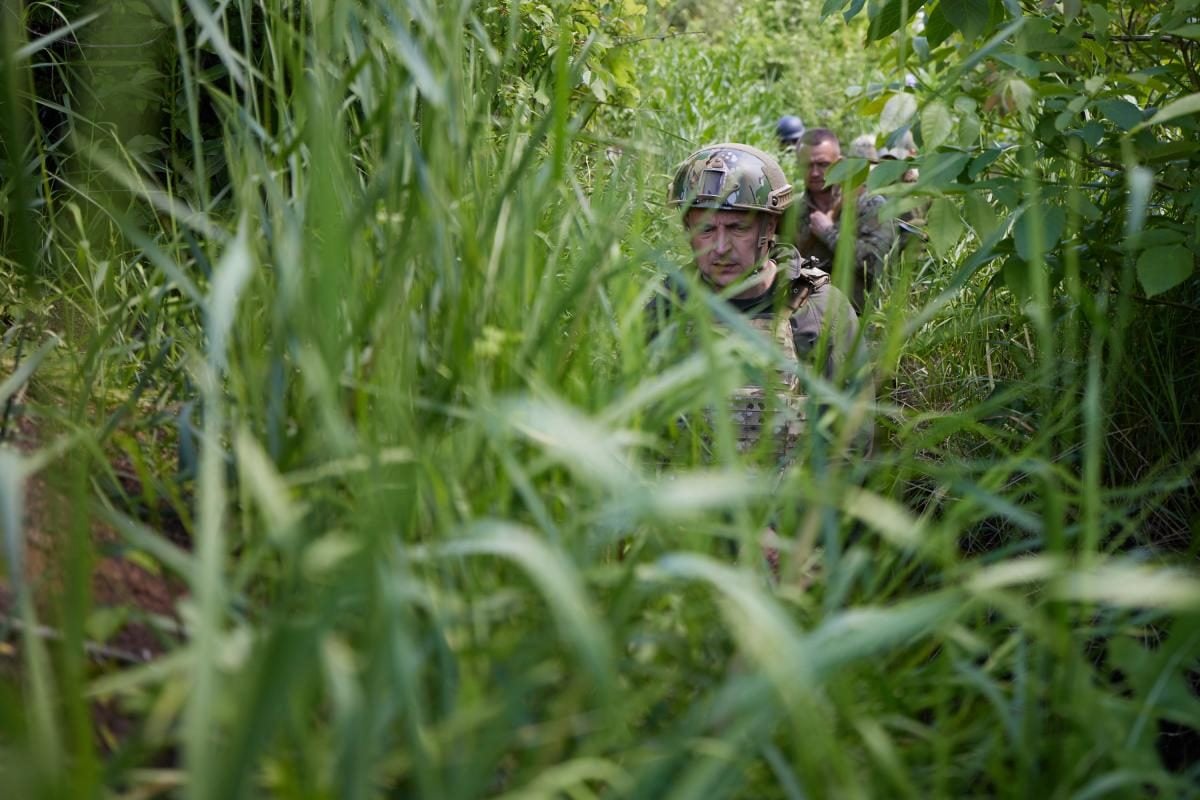 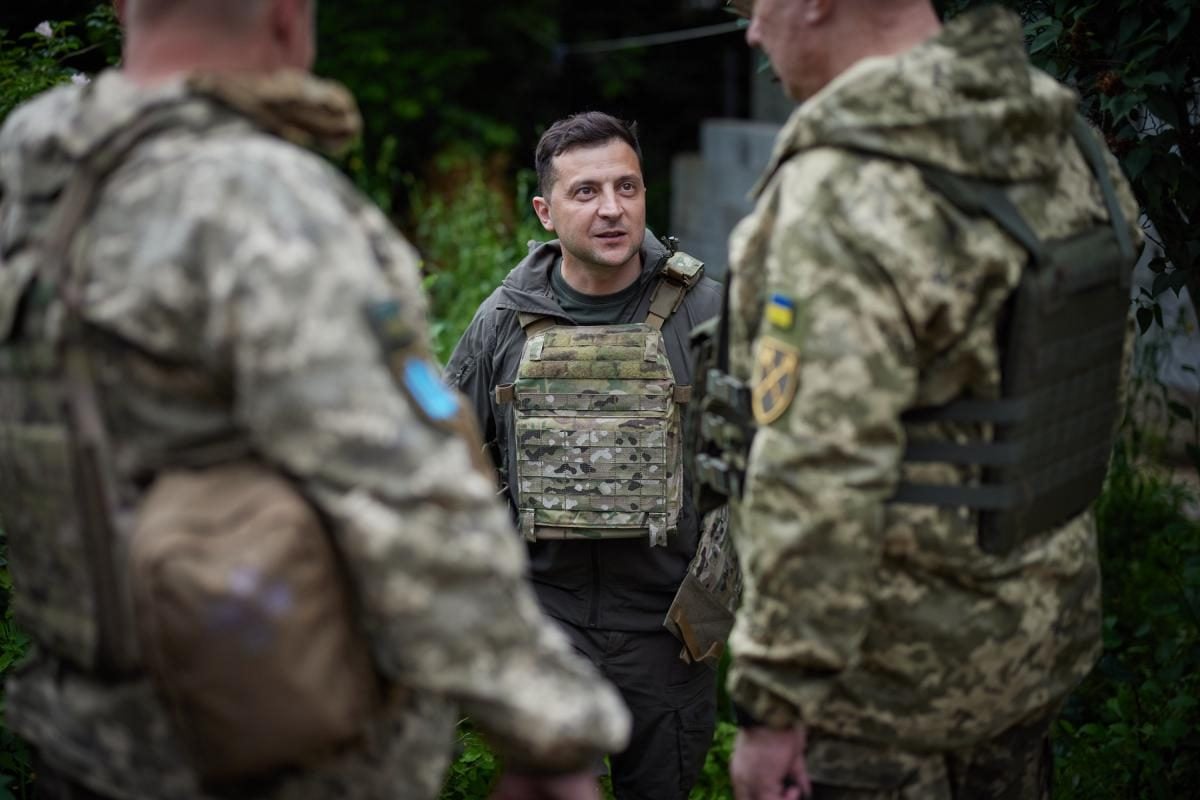 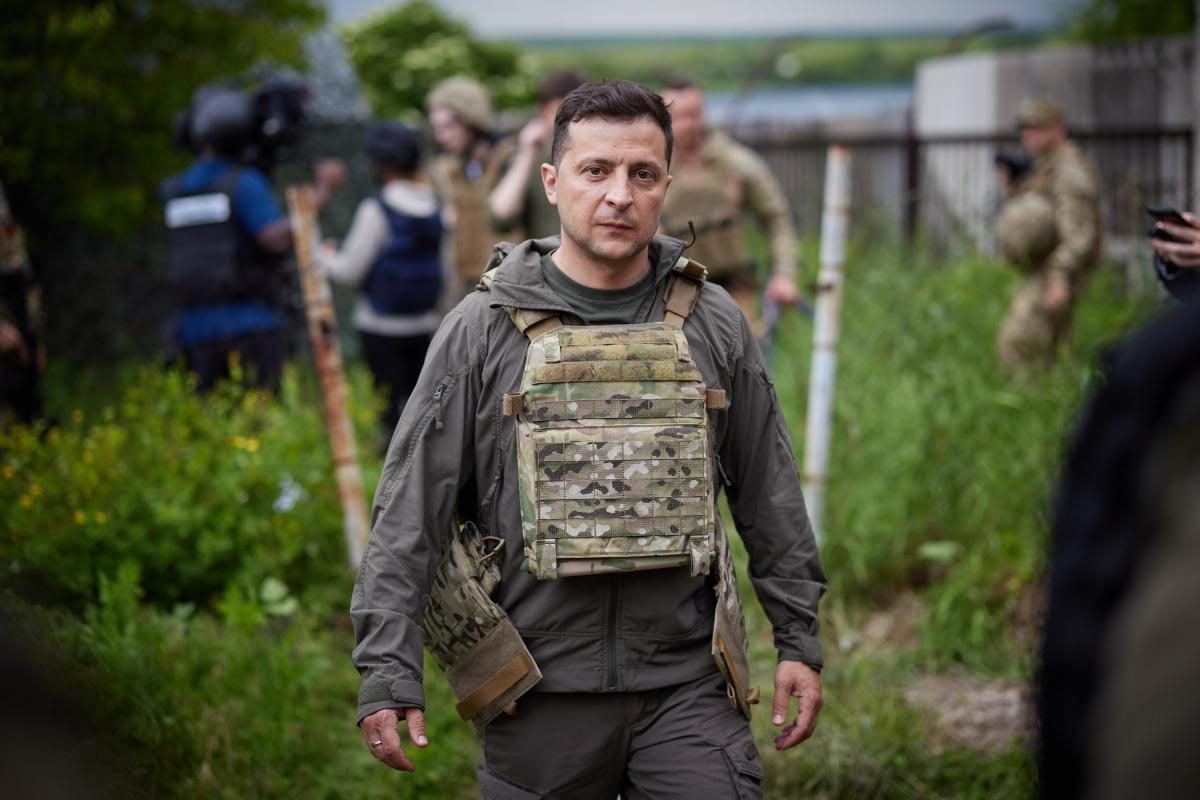 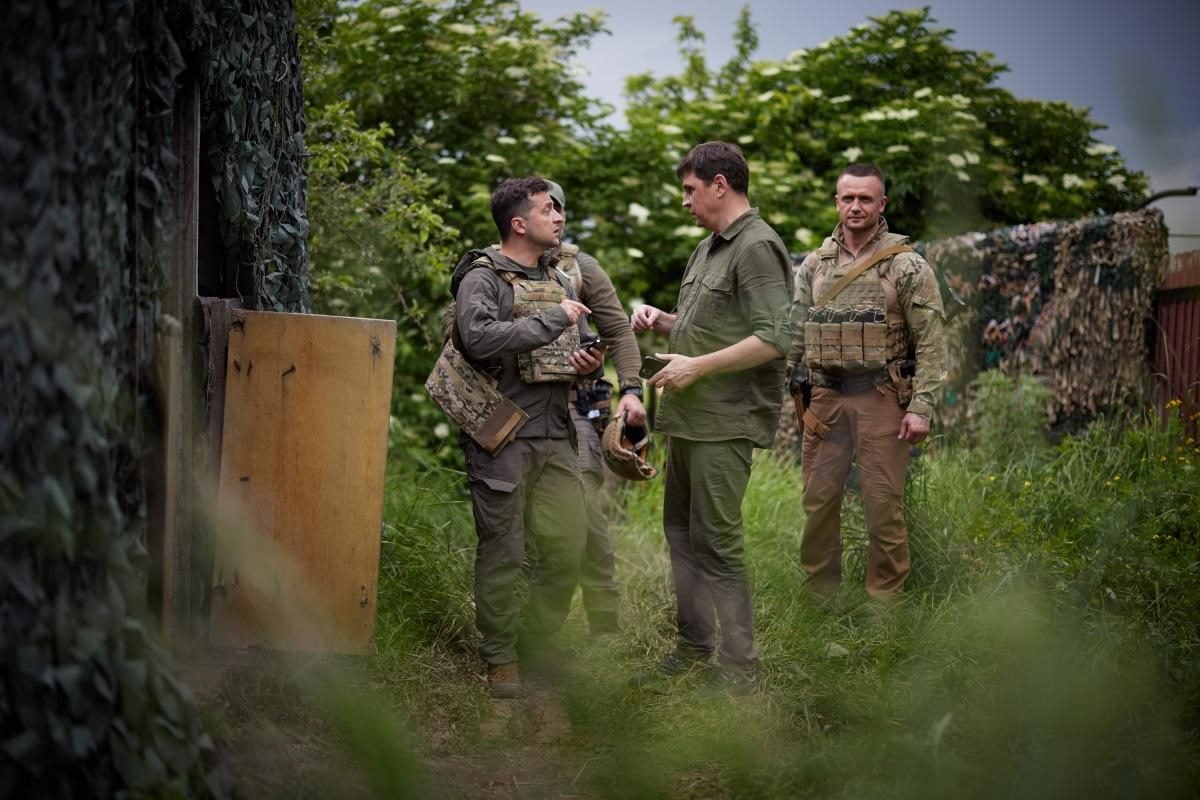 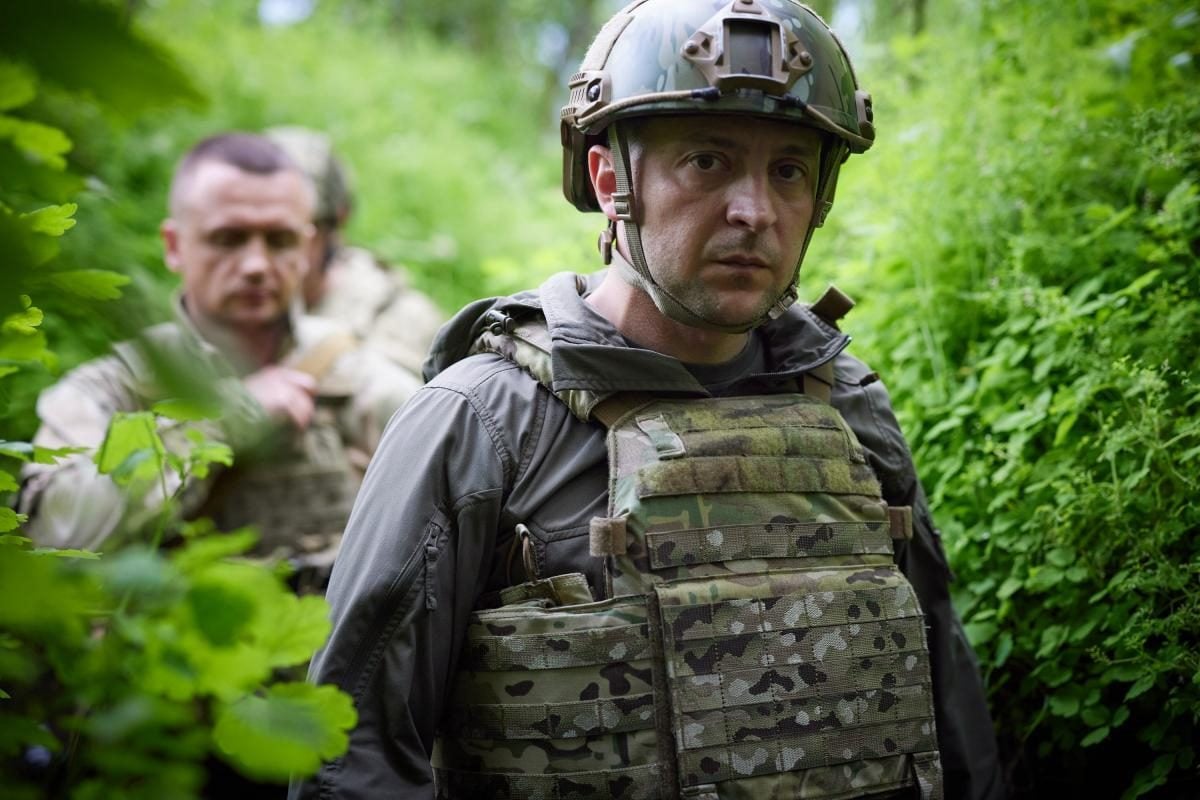 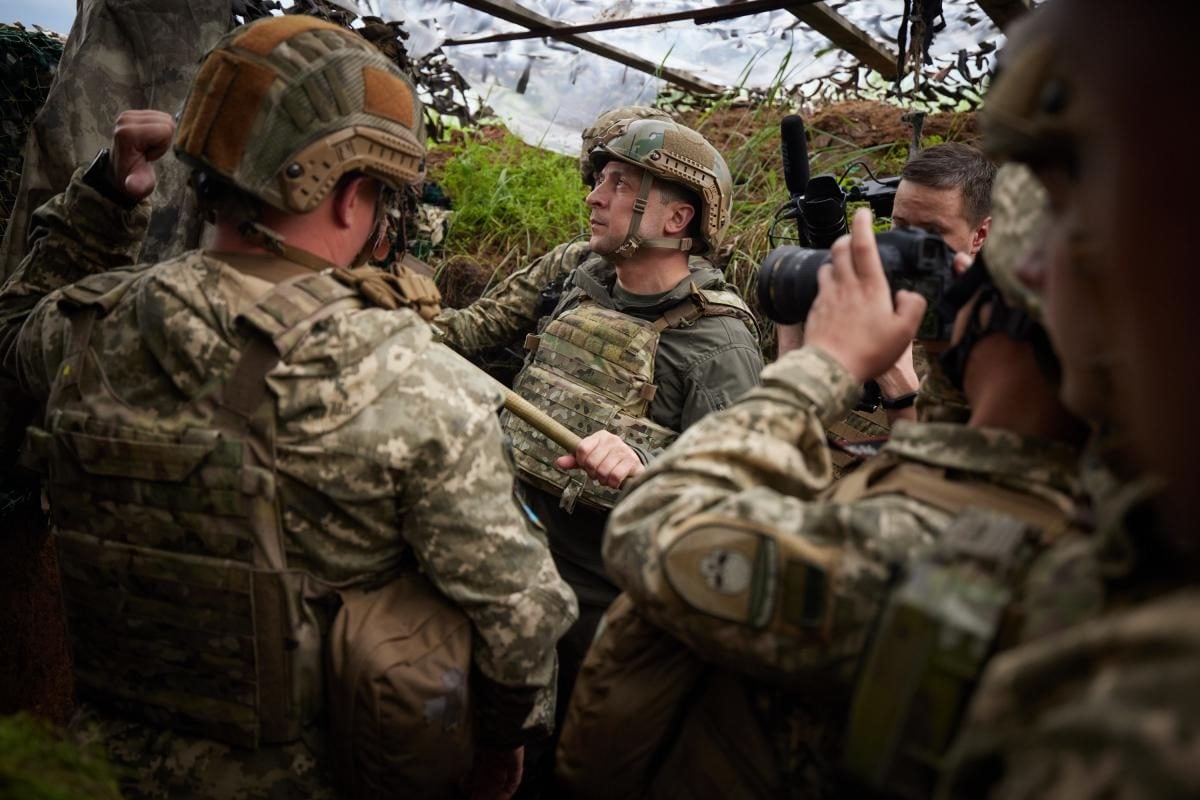 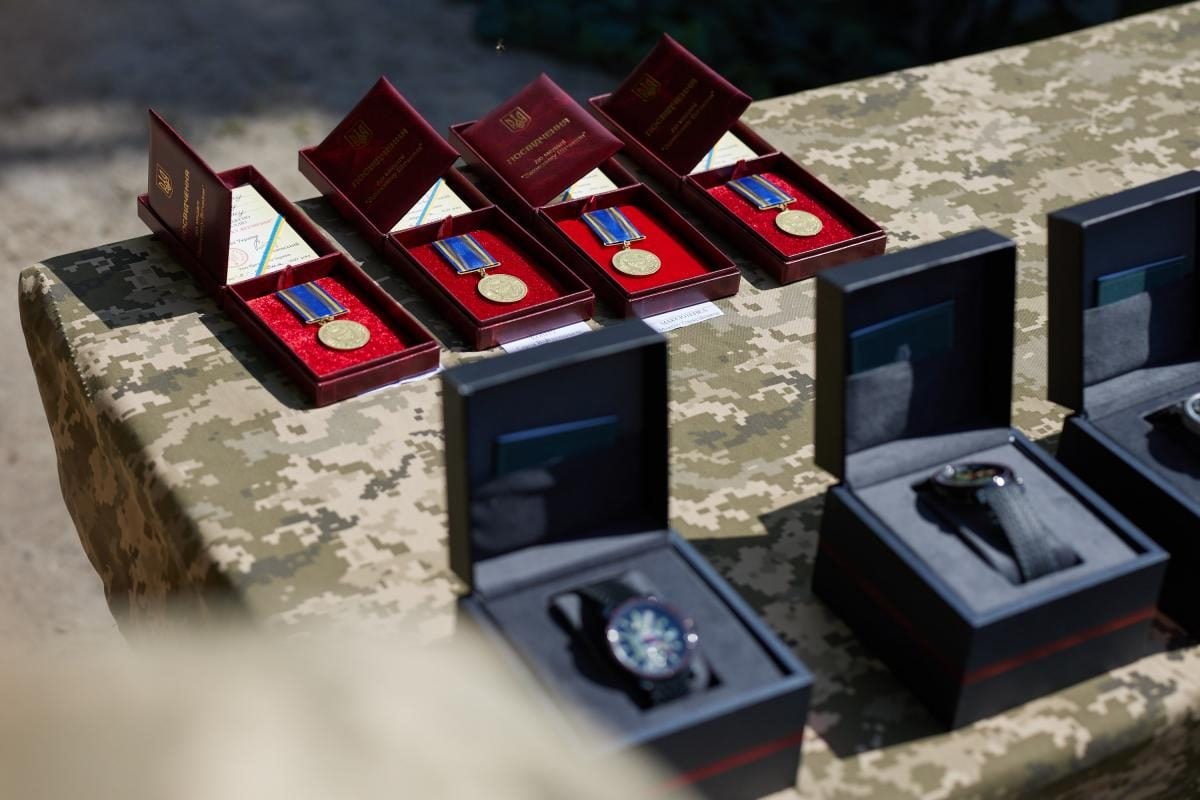 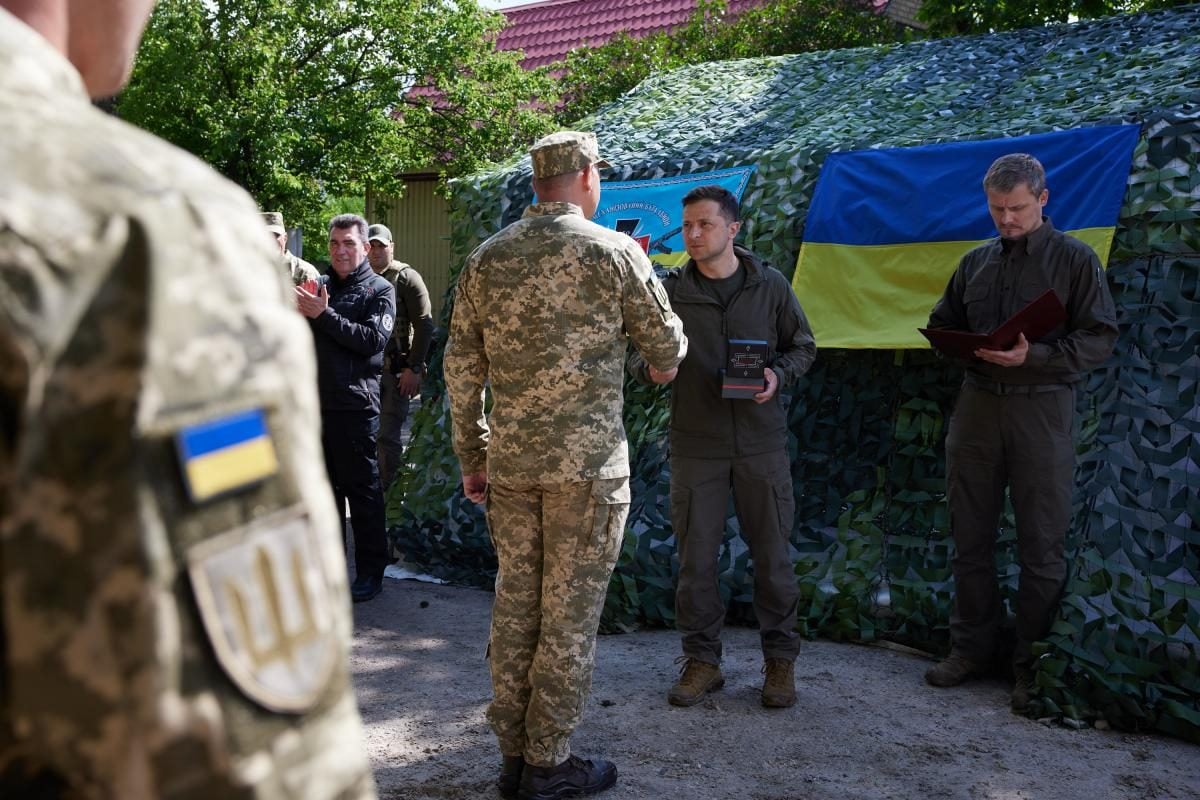 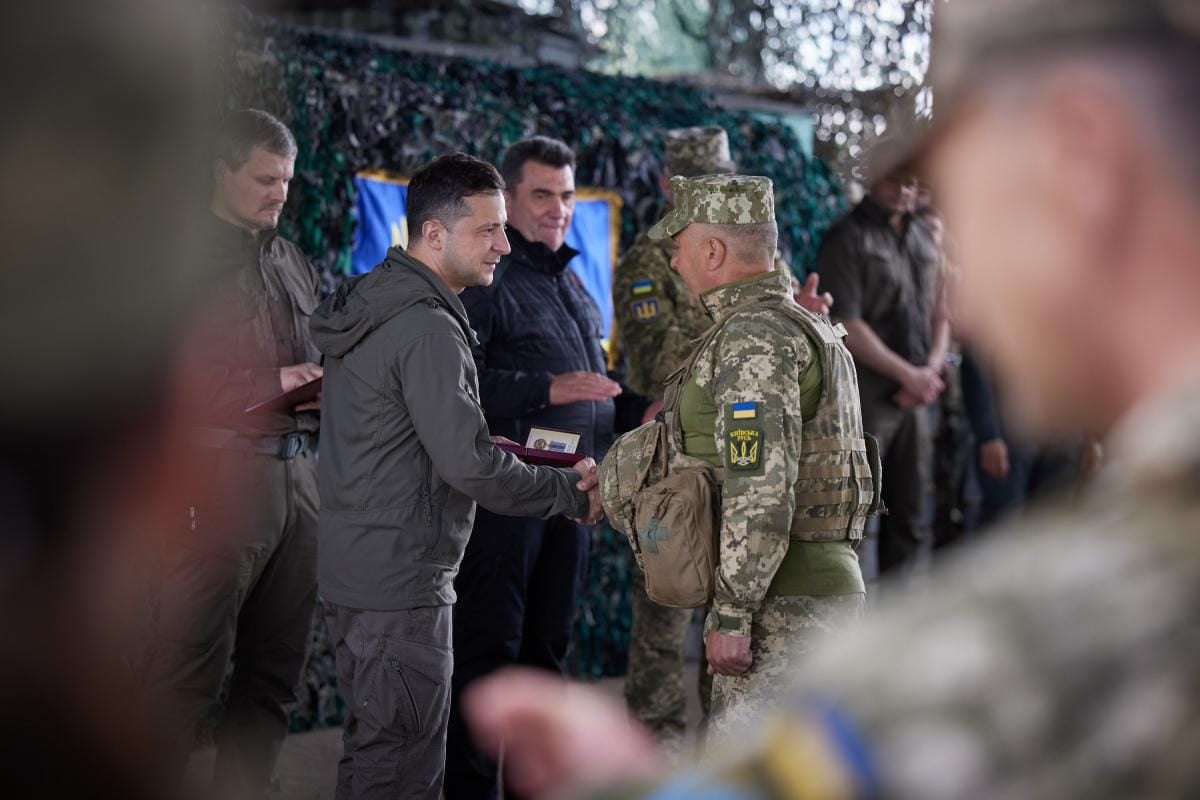 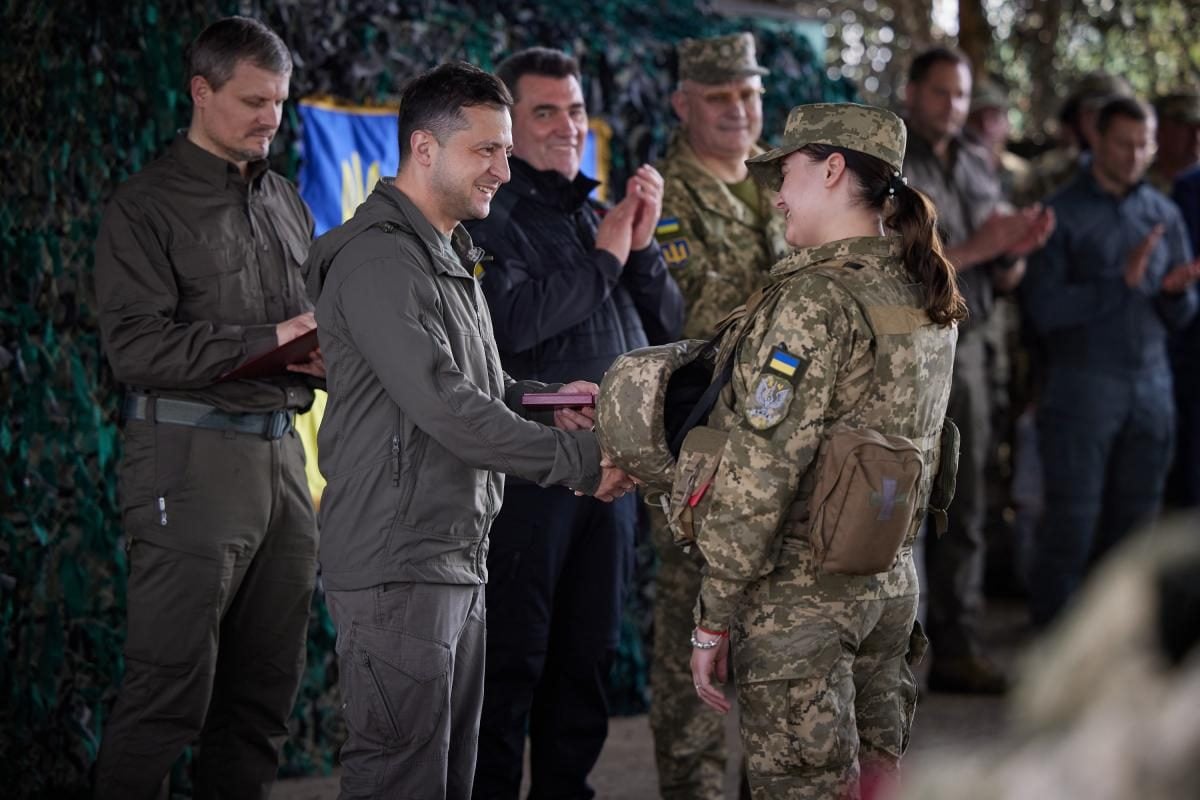 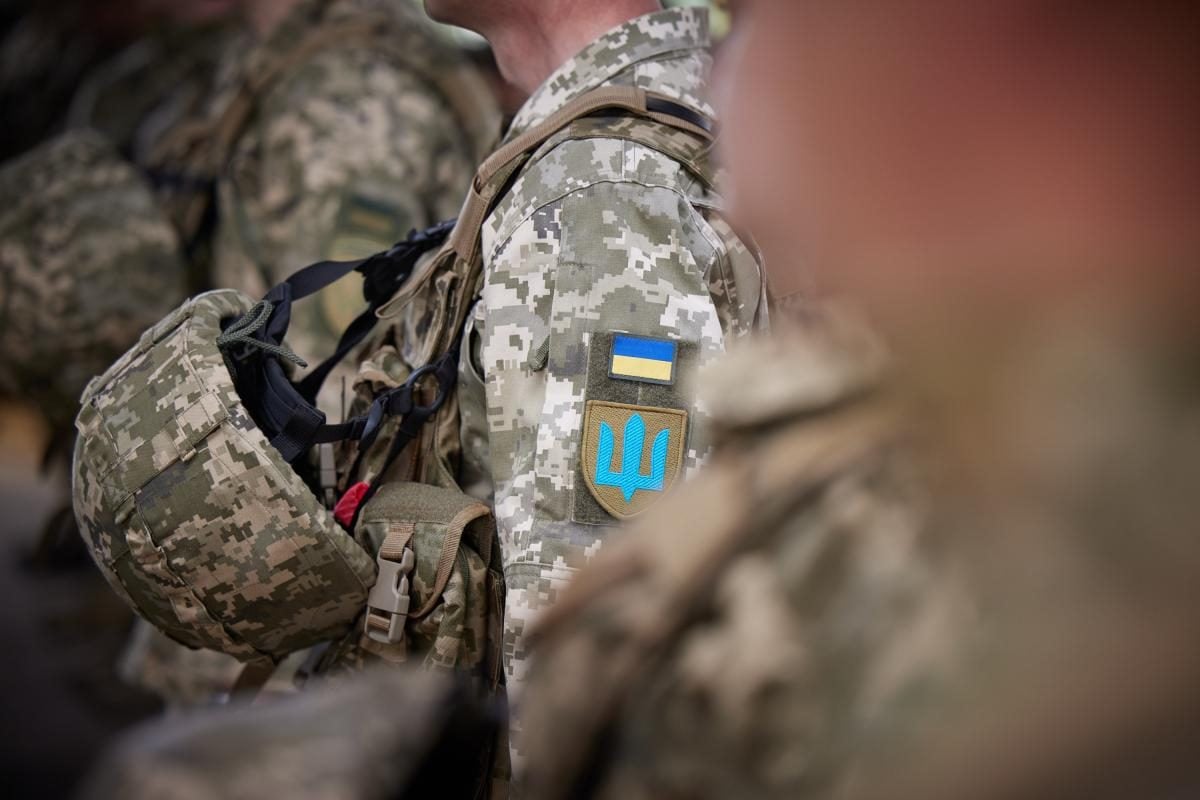 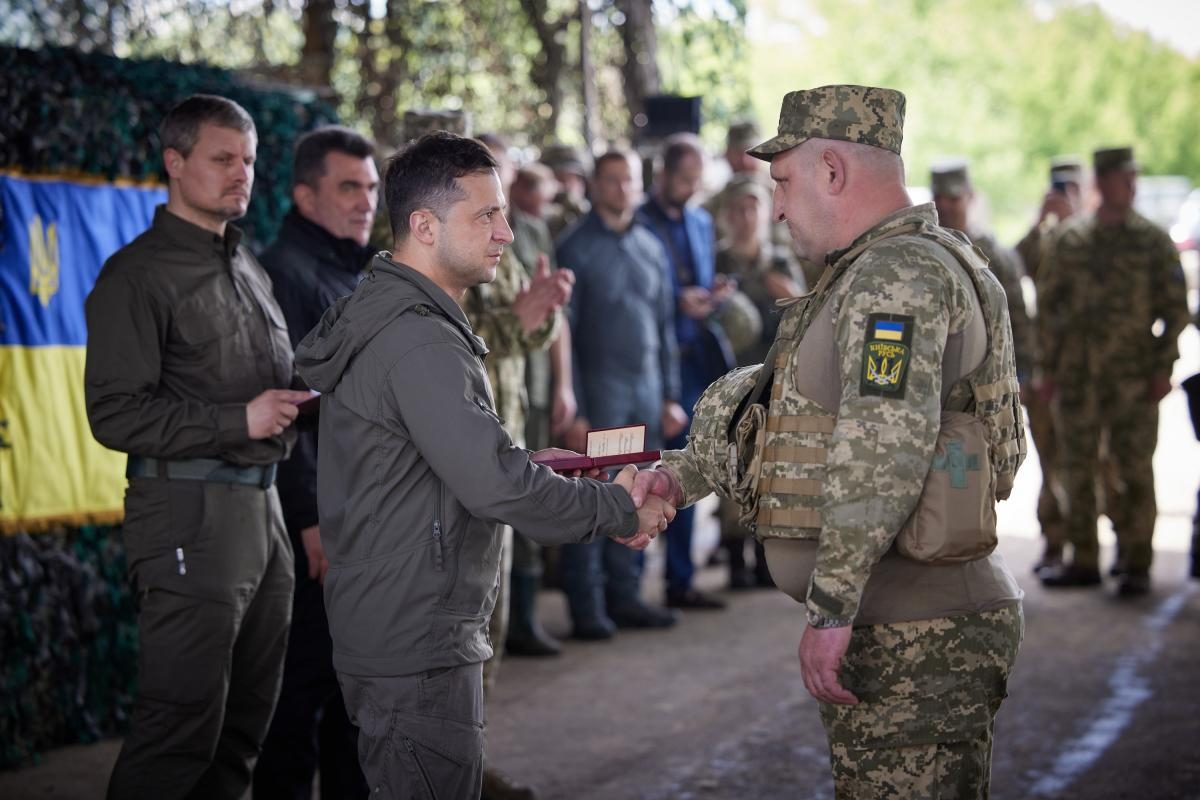 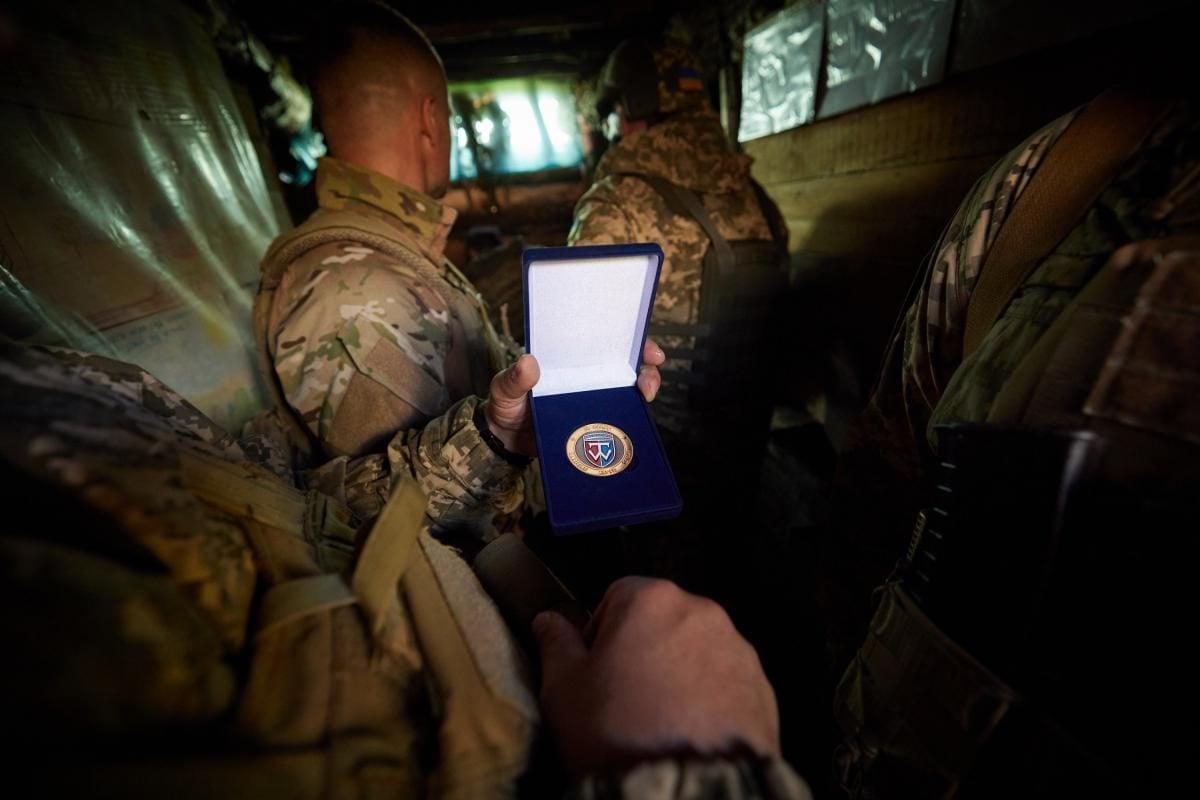 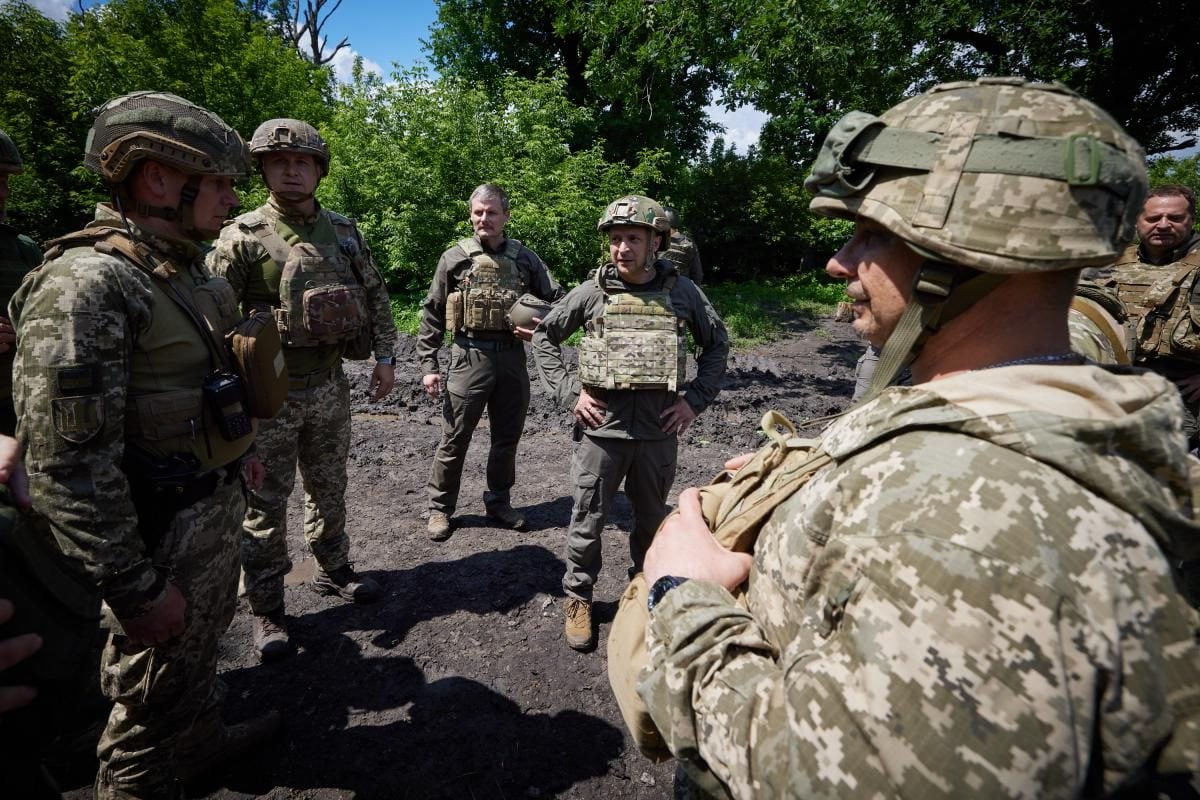 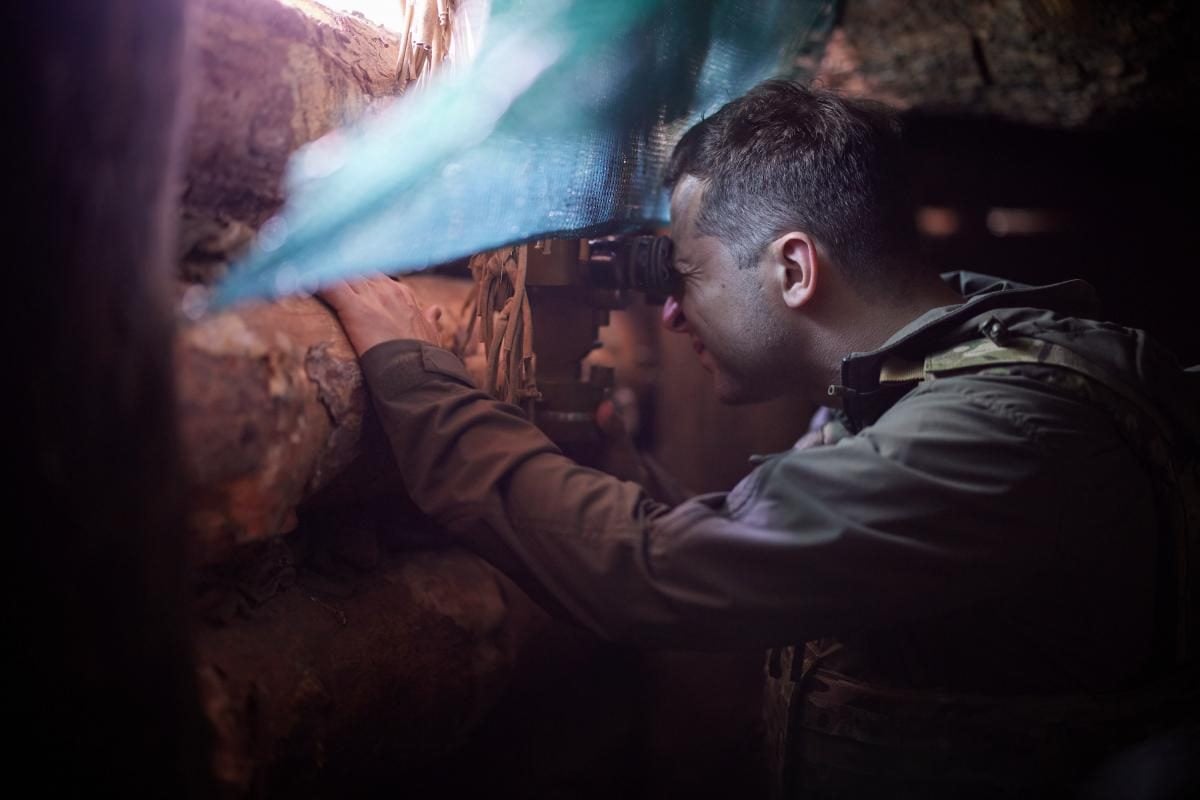 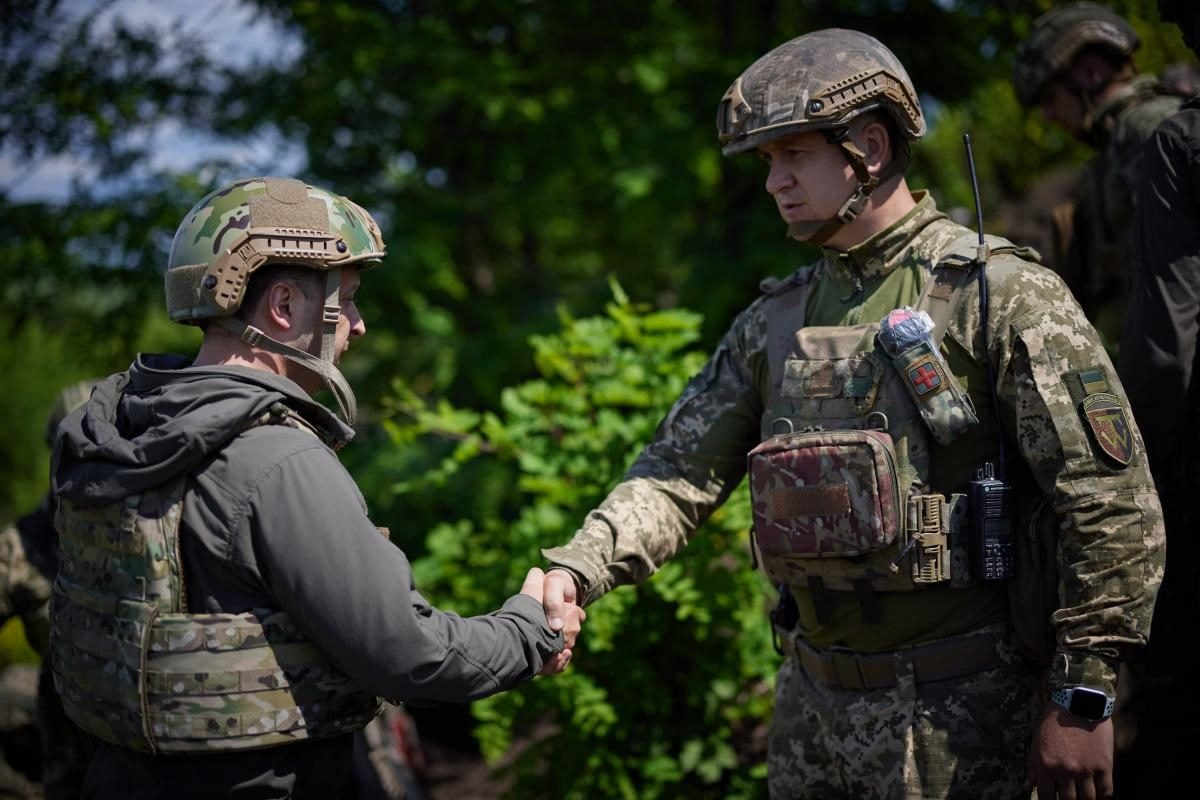 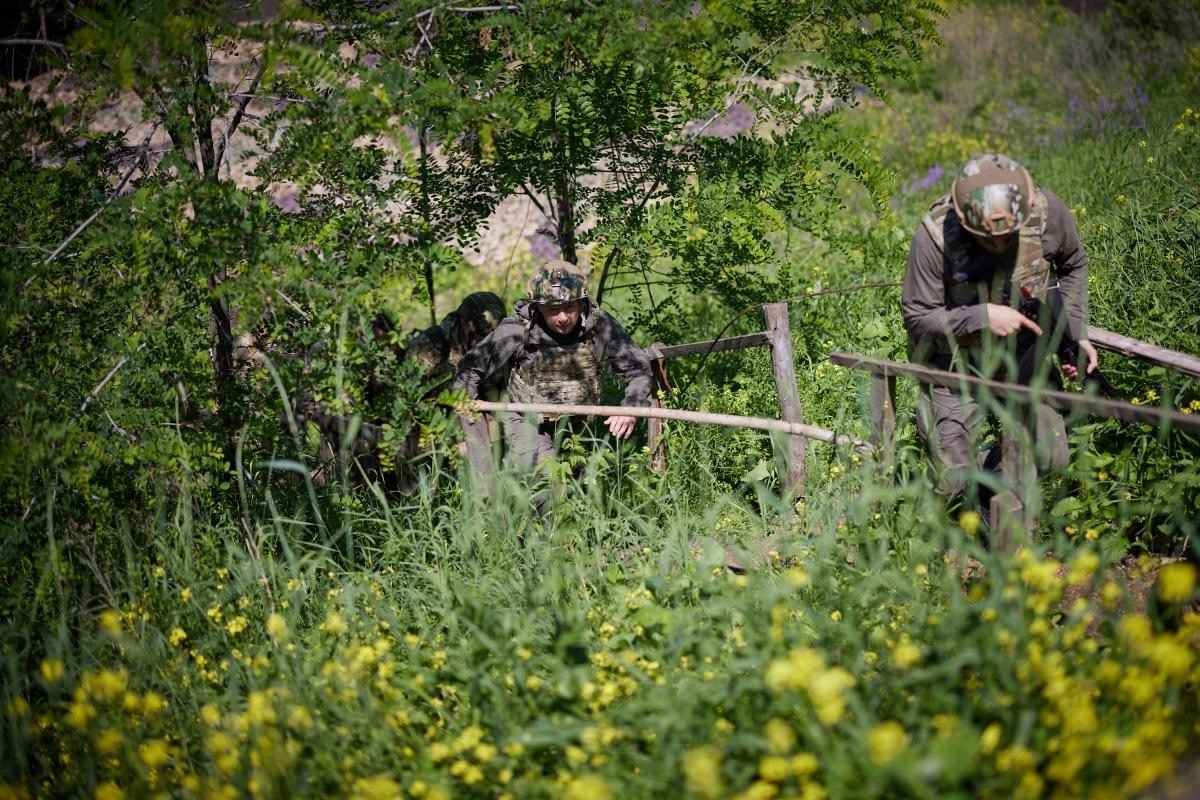 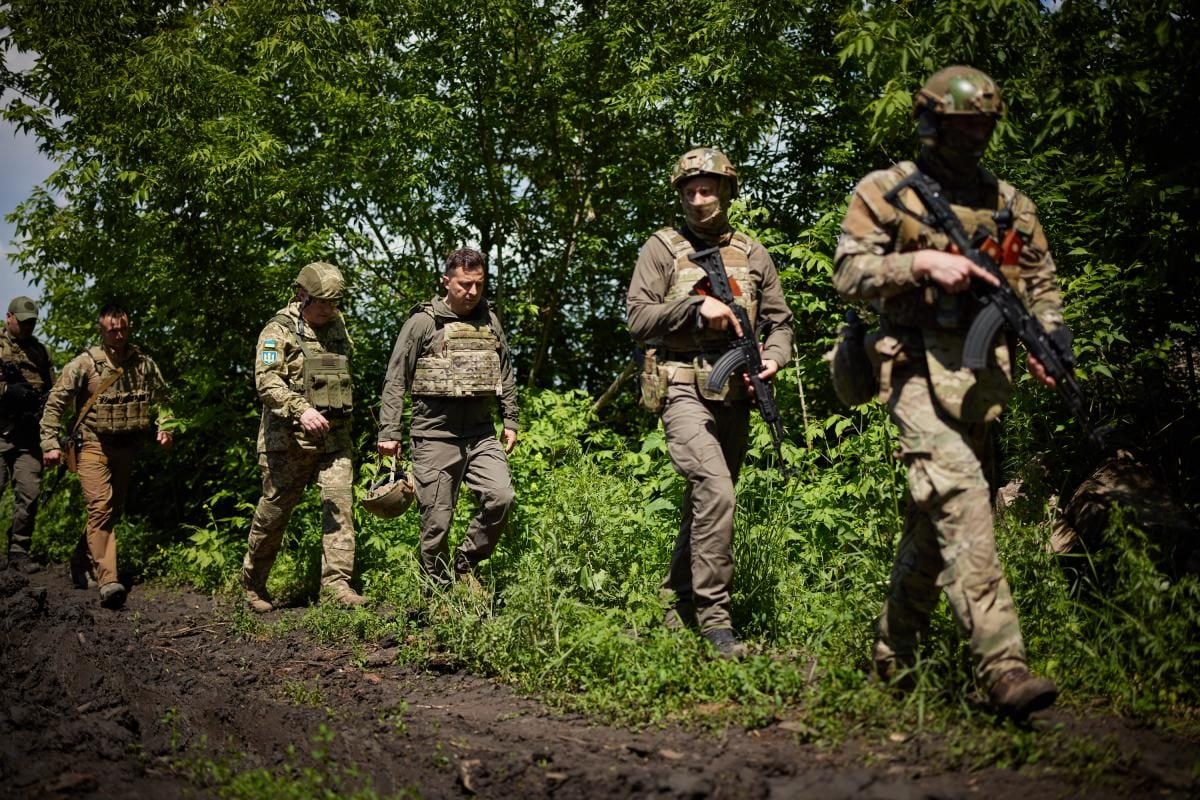 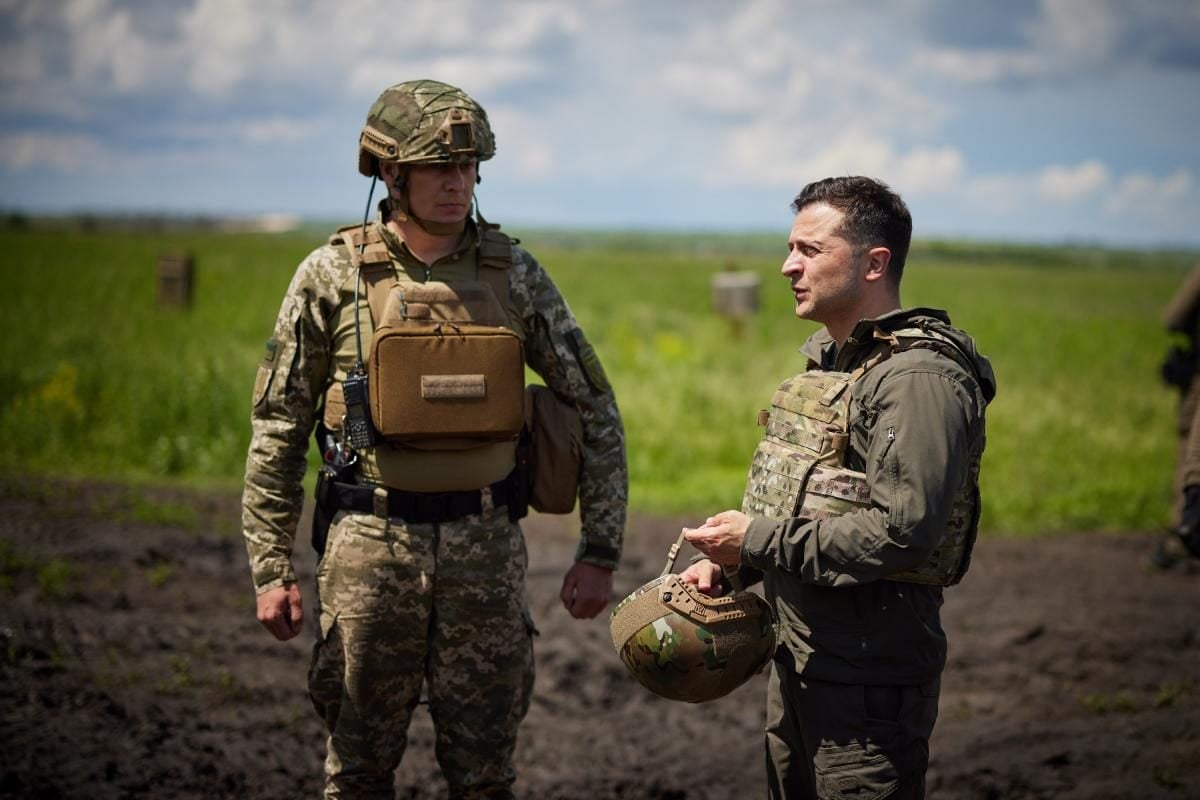 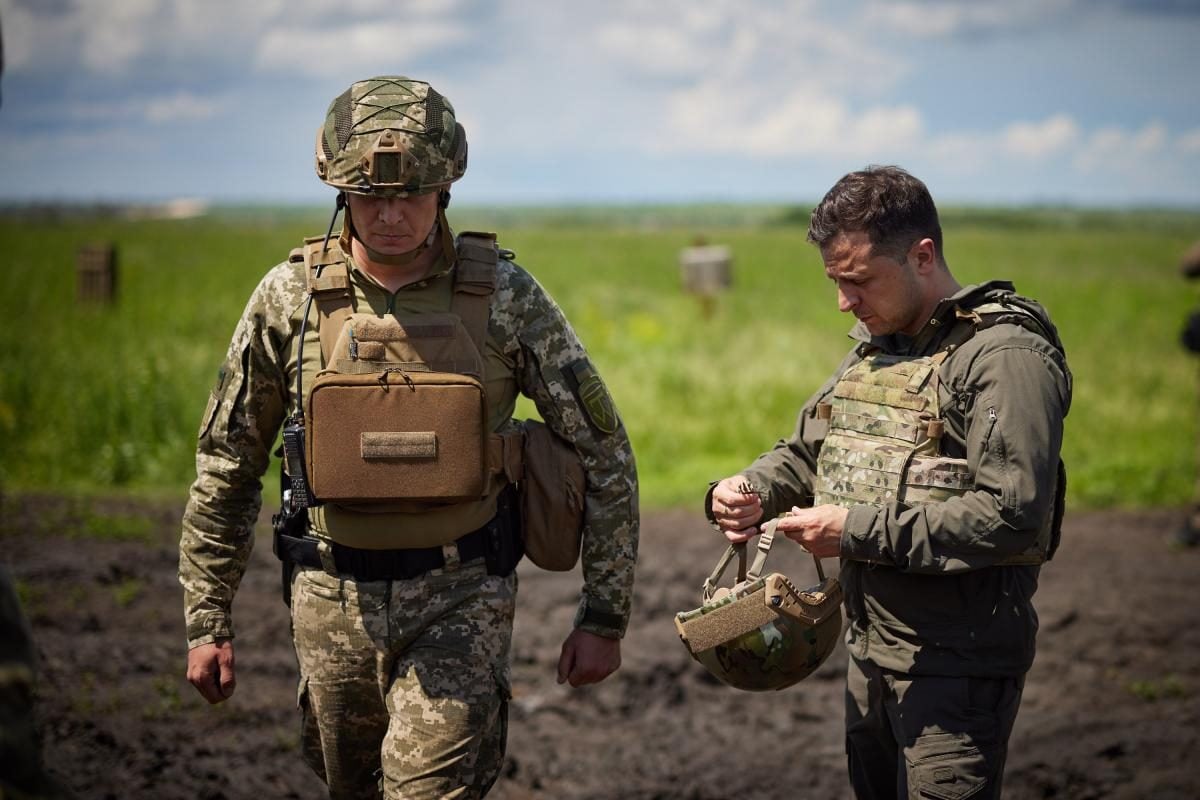 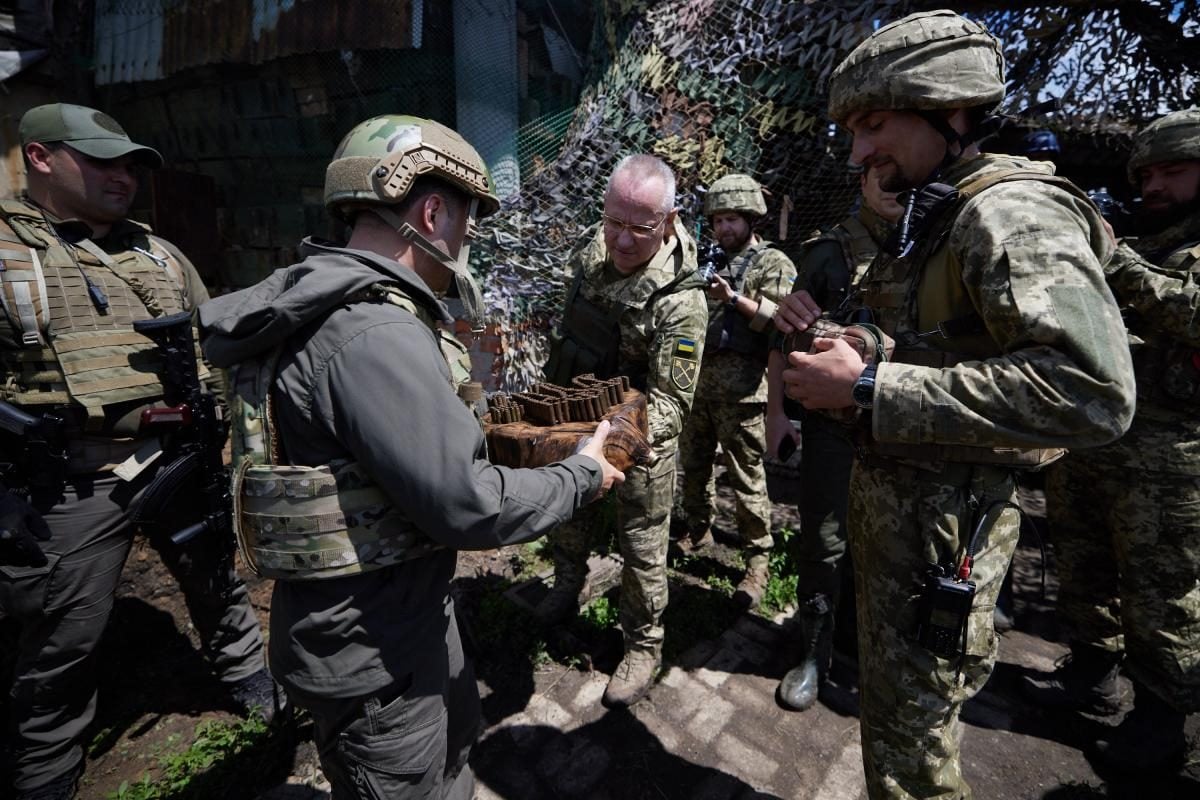 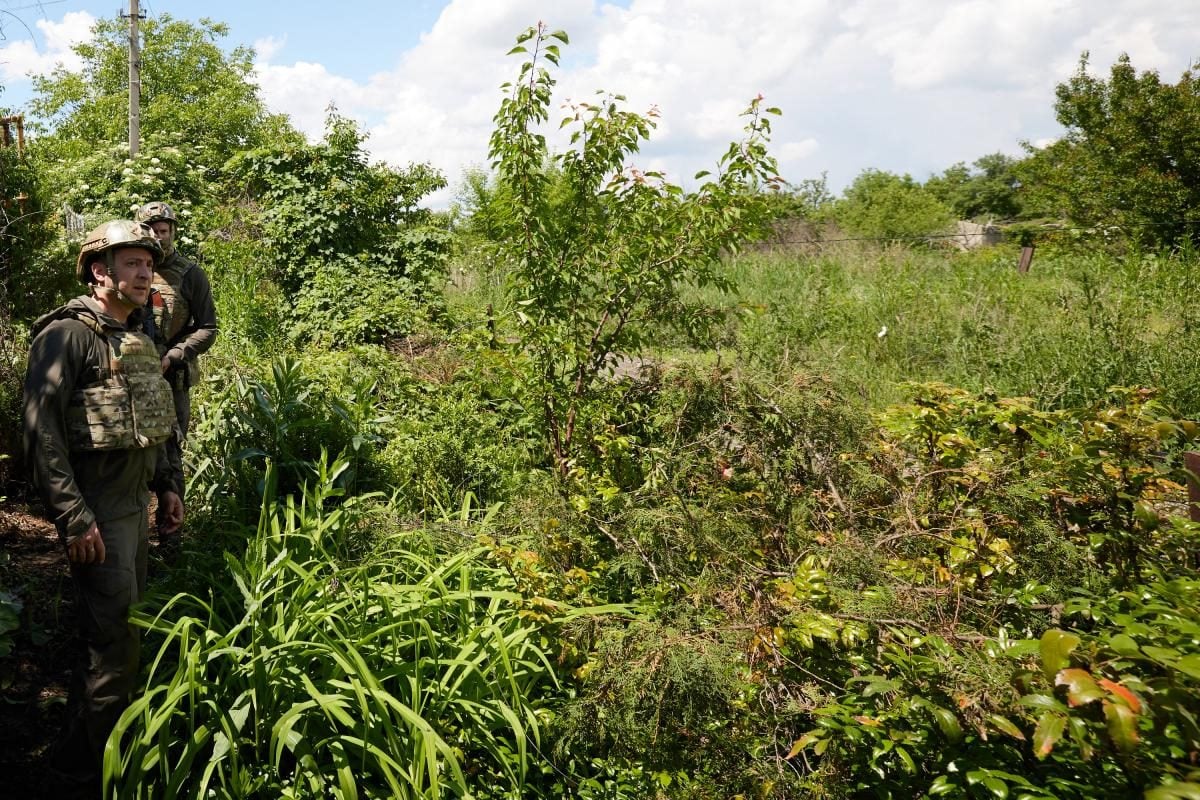 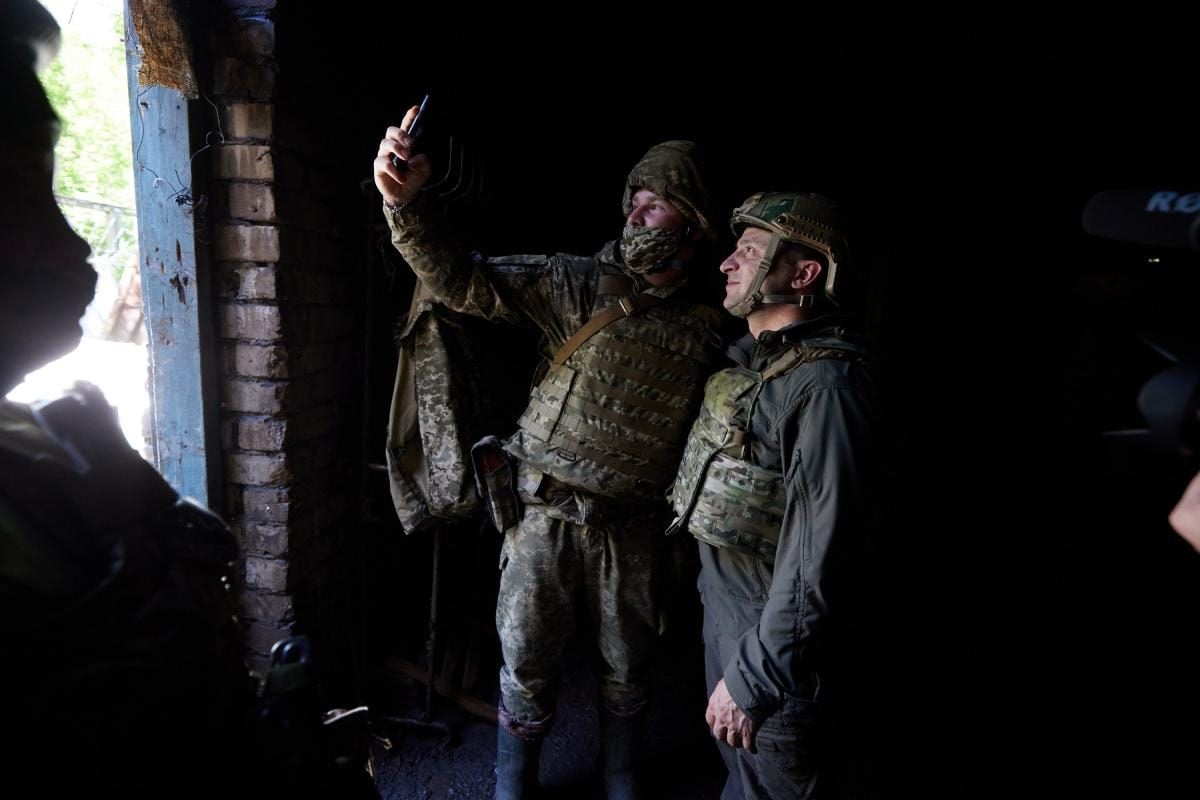 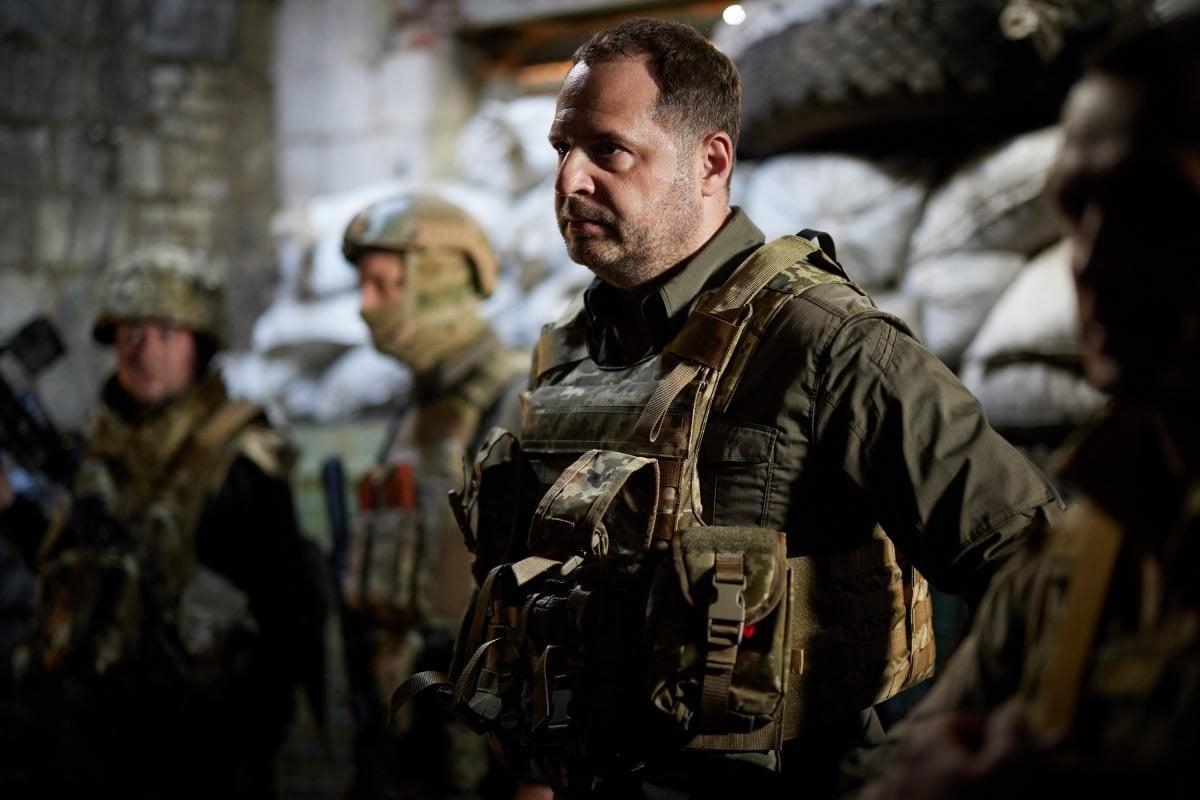 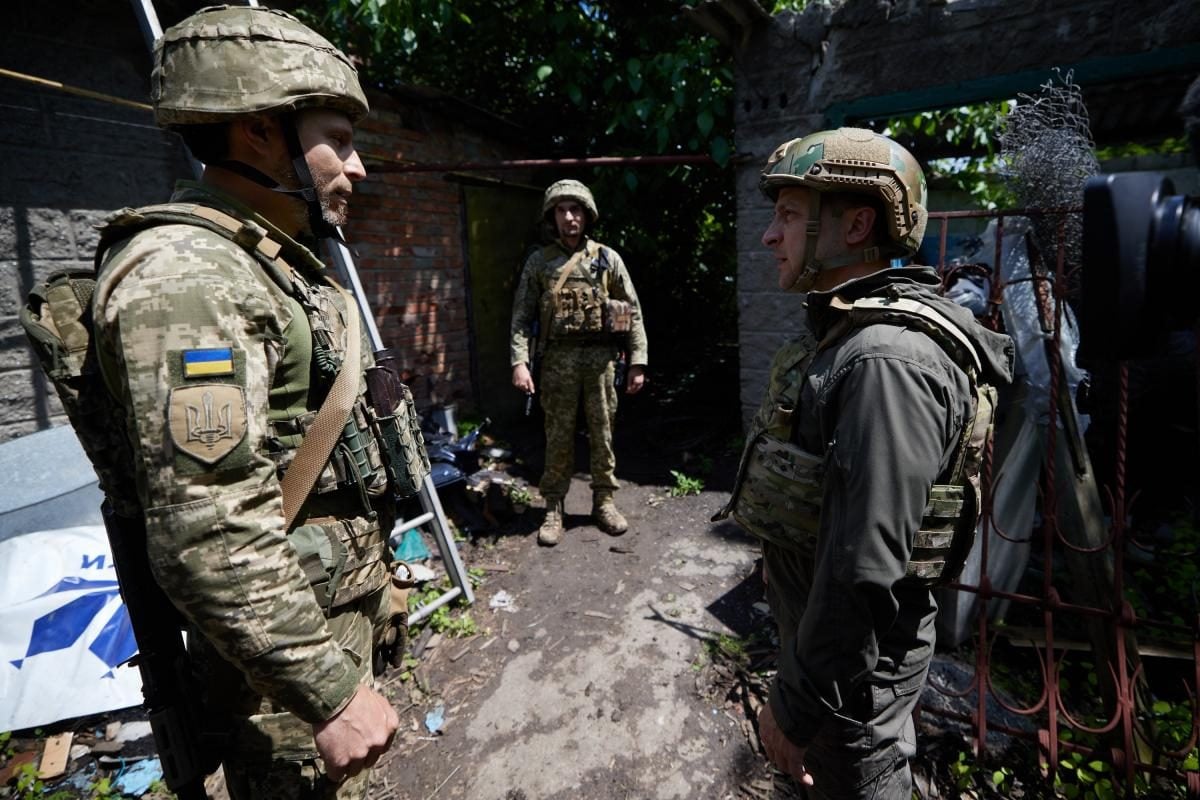 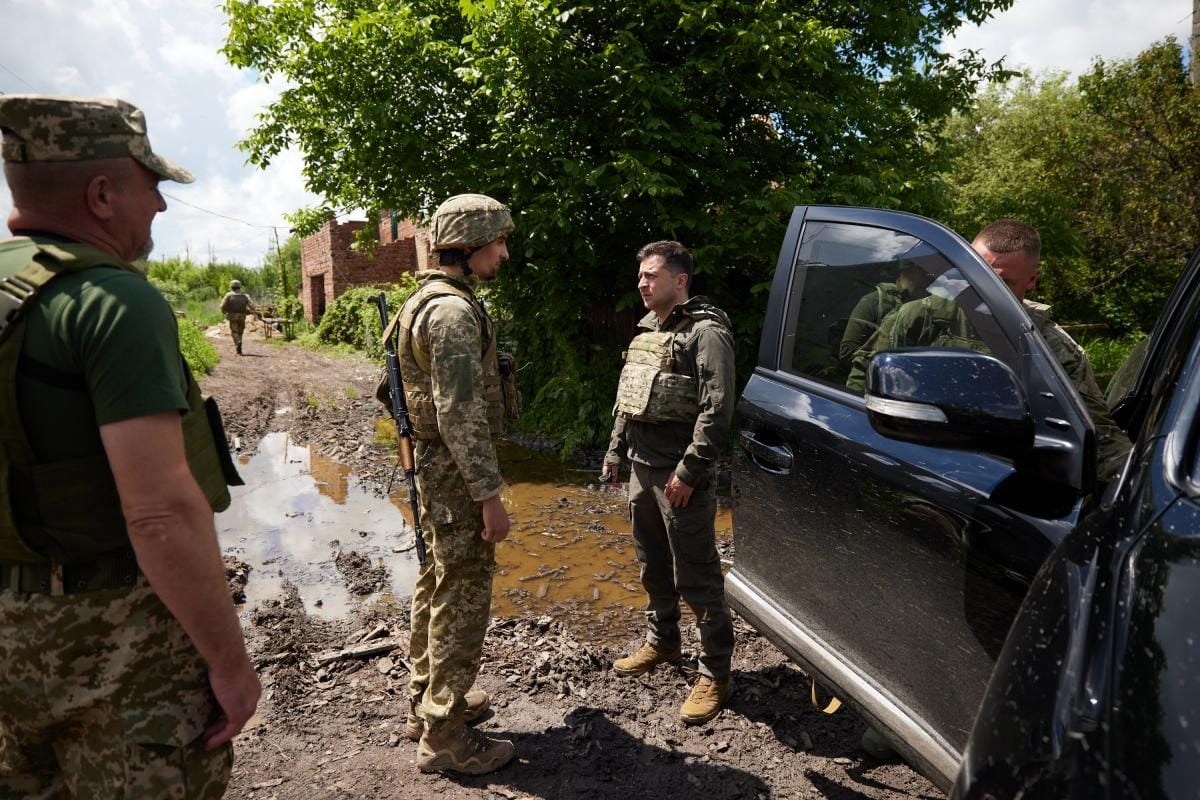