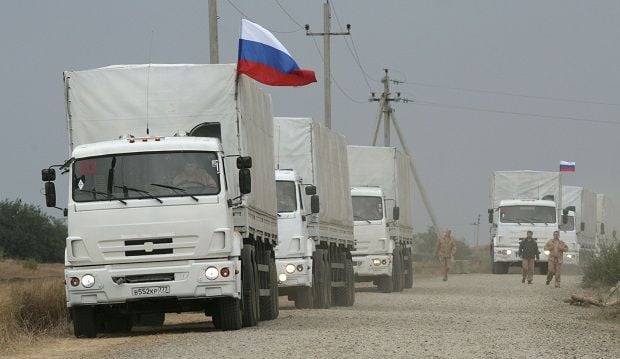 "Russian expects constructive cooperation with its partners from the OSCE and Ukraine in the solution of this important humanitarian problem," the ministry said.

The fourth convoy set off from Moscow region on October 28.

"None of the previous so-called humanitarian convoys were agreed with Ukraine,” spokesman of the National Security and Defense Council Andriy Lysenko said at a press briefing on Thursday.

“None of them reached the Ukrainian people. This aid was partially sold or was used as payment for restoration work carried out on terrorist military equipment.

Lysenko said there had been many reports of the aid convoy trucks actually being used to remove equipment from strategically important Ukrainian factories into Russia, as well as to bring weapons to anti-government insurgents.

When Western journalists were allowed to inspect some of the trucks from the first convoy in August, they found that many of them were half empty. The Russian drivers said this was to ensure there was extra capacity in case truck breakdowns required loads to be redistributed. However, there were no reports of any breakdowns of the trucks as they moved from Russia to Ukraine and back.