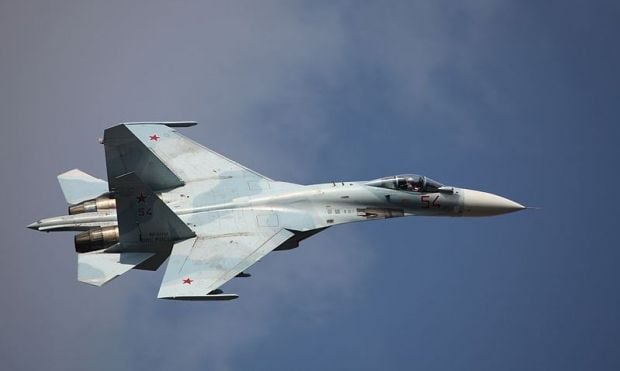 Russian warplanes have recently been active in the skies over Europe / Photo from vitalykuzmin.net

NATO spotted eight Russian aircraft flying over the North Sea at around 0300 on October 29. F-16 fighters of the Norwegian Royal Air Force intercepted and identified the Russian planes, which included four Tu-95 strategic bombers and four Il-78 tanker aircraft. The formation was flying from Russia in international airspace over the Norwegian Sea.

Six of the aircraft the turned to the northeast in the direction of Russia, while the two Tu-59 bombers continued on to the southeast, flying parallel to the Norwegian coast of the North Sea. In response, British RAF Typhoon fighter jets were scrambled to intercept the approaching Russian aircraft.

Later, the two Russian aircraft were detected and identified over the Atlantic Ocean west of Portugal heading towards the northeast of the British Isles.

Elsewhere, on the afternoon of October 29, NATO radar recorded four Russian aircraft, including two bombers and two Su-27 fighters in international airspace over the Black Sea. They were intercepted by warplanes from the Turkish Air Force.

Also on October 29, NATO detected a number of Russian aircraft over the Baltic Sea, including two MiG-31 Foxhounds, two Su-34 Fullbacks, one Su-27 Flanker and two Su-24 Fencer jets. A Portuguese F-16 fighter from a NATO base in Lithuania was launched to shadow the Russian planes as they headed back to Russia.