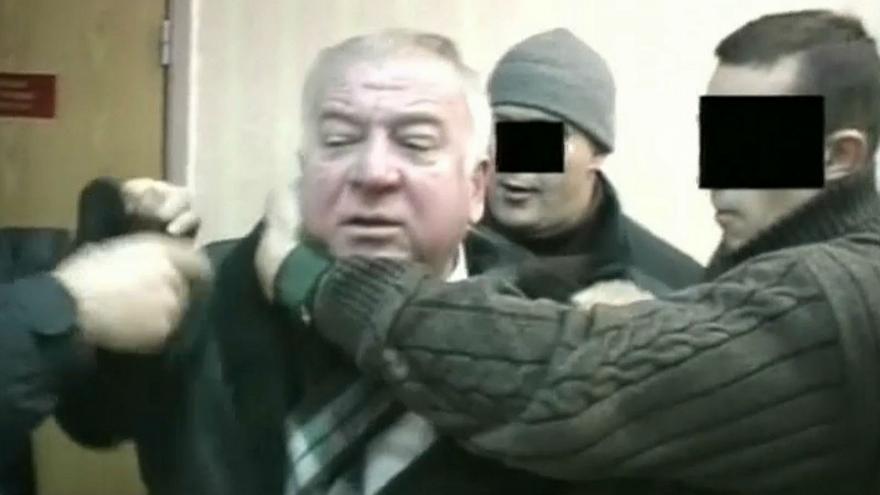 Initial reports in British media said authorities suspected former Russian Army colonel Sergei Skripal and his daughter were exposed to fentanyl, a synthetic opiate painkiller that is at least 50 times more powerful than morphine and that was used by the Russian special forces to subdue Chechen separatists who were holding 800 people captive at the Dubrovka Theater.

"A report by British government scientists who tested clothing and urine samples from three survivors of the 2002 Moscow theater hostage crisis found that Russian special forces used carfentanyl to subdue Chechen separatists who were holding 800 people captive at the Dubrovka Theater. The raid succeeded, but more than 120 hostages died from the effects of the chemical," RFE/RL reports.

In addition to medical uses, and abuse as street drugs that often has deadly consequences, the chemicals have been weaponized as potentially lethal incapacitating agents.

Read alsoKremlin claims unaware of how, why ex-GRU operative poisoned in UKWeaponized forms include guns that shoot felt pads soaked in the substances, paint-ball type projectiles, and an aerosol spray.

The chemicals can be ingested through skin contact or inhaled if they become airborne.

The U.S. Centers For Disease Control and Prevention (CDC) has warned that "first responder" emergency workers in cases of fentanyl and carfentanyl exposure can ingest the chemicals by touching the victim's skin.

Read alsoReuters: Former Russian spy critically ill in Britain after exposure to unidentified substanceTwo police officers who initially responded to Skripal's case were treated and one remained hospitalized on March 6.

If you see a spelling error on our site, select it and press Ctrl+Enter
Tags:RussiaBritainFSBSkripal