The French leader has made the threat before but has so far made little headway influencing events in Syria. 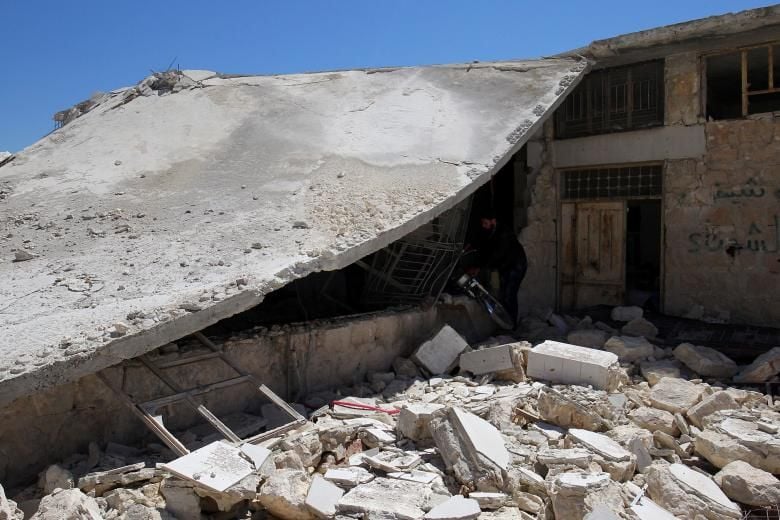 France is prepared to launch targeted strikes against any site in Syria used to deploy chemical attacks that result in the deaths of civilians, President Emmanuel Macron said.

Shortly before the United Nations was due to discuss Syria, Macron said Moscow, a close ally of Syrian President Bashar al-Assad's government, had not done enough to permit relief efforts into the rebel-held Damascus suburb of eastern Ghouta, as reported by Reuters.

Asked about the Syrian conflict at a news conference in India, Macron said France would be ready to strike if it found"irrefutable evidence" chemical weapons had been used to kill.

"The day we have, in particular in tandem with our American partners, irrefutable proof that the red line was crossed – namely the chemical weapons were used to lethal effect – we will do what the Americans themselves did moreover a few months ago; we would put ourselves in position to proceed with targeted strikes," Macron said.

The French leader has made the threat before but has so far made little headway influencing events in Syria.

"We are cross-matching our own information with that of our allies but to put it very clearly we have an independent capacity to identify targets and launch strikes where needed."

Syria signed a Russian-brokered deal to give up its arsenal of chemical weapons to avert U.S. air strikes after a nerve gas attack killed hundreds of people in 2013. Last year, the United States again accused Damascus of using nerve gas and launched air strikes.

Since then, Washington has repeatedly accused Damascus of using chlorine gas in attacks. Chlorine is far less deadly than nerve agents and possession of it is allowed for civilian purposes, but its use as a weapon is banned.

Damascus and Moscow have been carrying out a fierce bombing campaign and ground assault against the besieged rebel-held eastern Ghouta enclave since mid-February, despite a U.N. Security Council resolution calling for a countrywide ceasefire.

"This is a debate we will have in the coming hours at the United Nations, where it will be shown that the concessions on the ground from Russia, but first and foremost the Syrian regime and its Iranian allies, are insufficient," Macron said.

If you see a spelling error on our site, select it and press Ctrl+Enter
Tags:SyriaFranceMacronchemicalweapons