Germany's parliament has confirmed Angela Merkel as the country's next leader. The conservative Merkel will govern in a grand coalition with the Social Democrats. But the vote margin was very tight – a mere 9 votes. 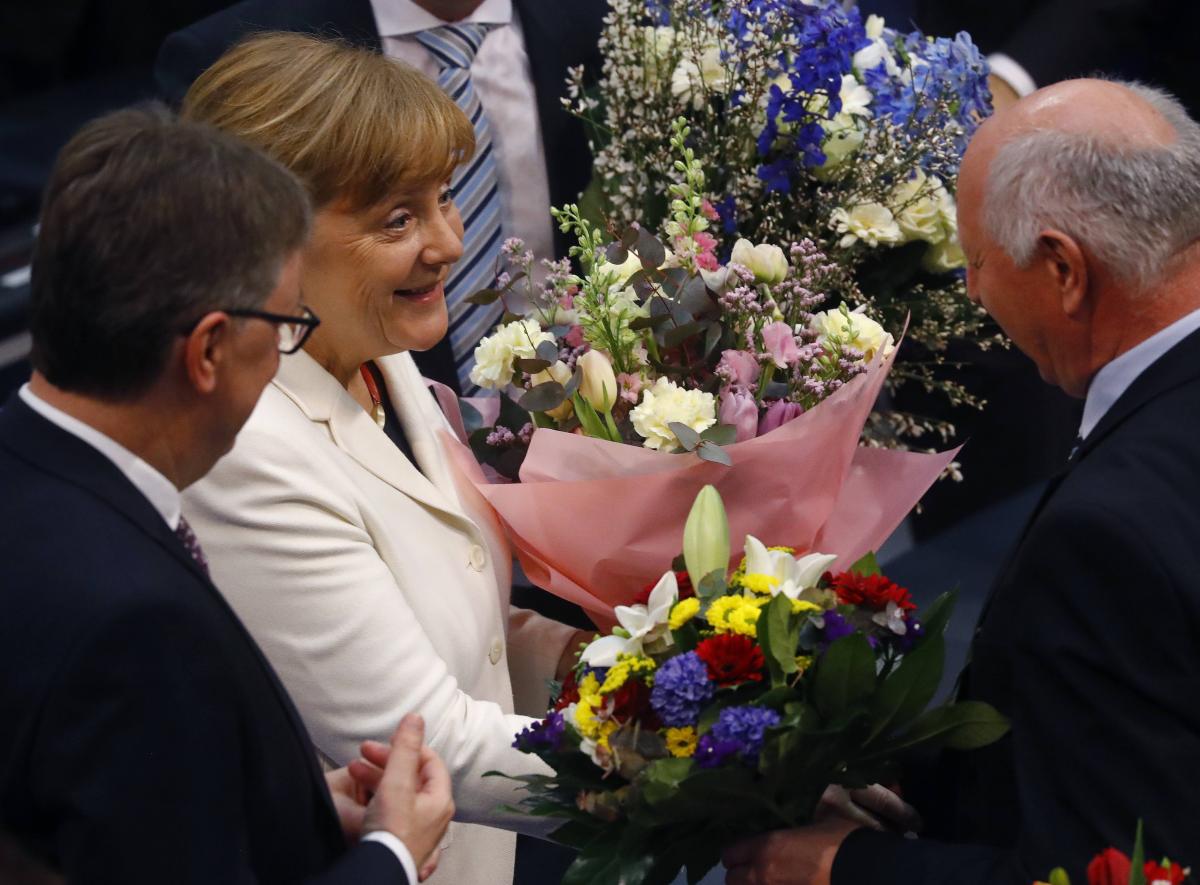 Merkel's election by Germany's lower house of parliament, the Bundestag, ends 171 days of waiting after Germany's national popular election on September 24, 2017. Merkel was elected by deputies from her own conservative CDU-CSU and her junior coalition partners, the Social Democratic Party (SPD).

In all, 364 members of the Bundestag voted for Merkel, while 315 voted against her. There were nine abstentions, and 21 parliamentarians were either absent or didn't cast valid ballots. That's hardly a ringing endorsement considering that the grand coalition accounts for 399 votes in the Bundestag, according to DW.

After the vote, Merkel headed over to Berlin's Bellevue Palace to be sworn in by German president Frank-Walter Steinmeier.

Merkel's conservatives won September's election, taking 33 percent of the vote, ahead of the SPD with 20.5 percent. But both of those figures were down sharply from 2013, due in part to the rise of the far-right populist Alternative for Germany (AfD) party, which took 12.6 percent of the vote.

Merkel's first attempt to form a coalition, with the center-right Free Democrats and the Greens, failed. But she succeeded in doing a deal with the Social Democrats after weeks of late-night negotiation and over the opposition of many regional SPD leaders and one-third of the party rank and file.

The 63-year-old Merkel will now begin her fourth term as German chancellor and her third as the leader of a grand coalition.

If you see a spelling error on our site, select it and press Ctrl+Enter
Tags:MerkelGermany