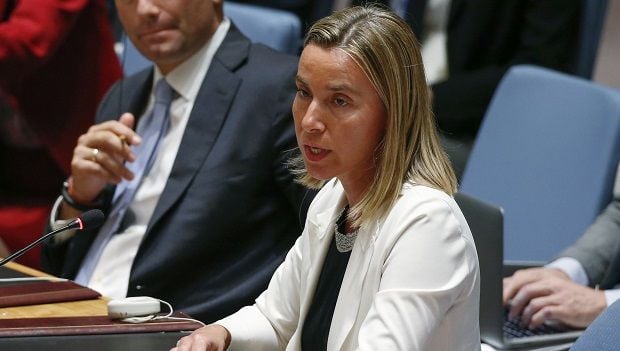 According to a statement released by Mogherini in Brussels on the day of the controversial poll in the east of Ukraine, the EU will not recognize these elections.

"I believe that today's ‘presidential and parliamentary elections’ in the Donetsk and Luhansk ‘Peoples’ Republics’ are a new obstacle to the peace process in Ukraine,” Mogherini said in her statement.

“The vote is illegal and illegitimate, and the European Union will not recognize it."

Mogherini said that these elections were held "contrary to the letter and spirit of the Minsk Protocol signed by the representatives of the tripartite contact team, and hamper the efforts to find a sustainable political solution to the crisis."

"Early local elections in accordance with the Ukrainian law, as provided for by the Minsk Protocol, means the lawful and reasonable restoration of the democratic mandate of the local authorities in these parts of Ukraine. I urge all parties to work towards such elections."

Mogherini  said search for peace was not just a matter of making political statements, but also required political will and integrity.

"I hope that all the parties reaffirm their commitments to the Minsk Protocol and will act in concert for the full implement of all its parts," she said.

Mogherini said the European Union was committed to supporting these efforts and would continue to work towards finding a solution to the crisis in Ukraine.

"I urge all parties to act in full respect for the territorial integrity, sovereignty, independence and unity of the country," she said.