Experts say how US elections will affect Ukraine 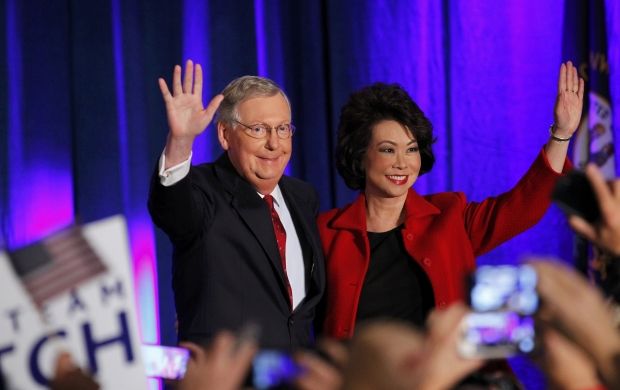 The Republicans gained more seats in the upper house of Congress, the Senate, while also strengthening their control over the lower chamber, the House of Representatives. For the first time in eight years, the Republicans will control both houses of the U.S. legislature, according to Ukrainian television channel 1+1’s TSN television news.

Based on the elections results, the Senate will be headed by the Republican leader Mitch McConnell. He has promised tough debates with U.S. President Barack Obama and the Democrats, but at the same time stressed his "willingness to compromise."

"It is a critical time for this country," he said, quoted by Reuters.

The Republican victory is important for Ukraine in that the GOP actively supports the idea of providing Ukraine with lethal weapons for defense, unlike the majority of Democrats who believe that the negotiations and tougher sanctions against Russia can be more effective than guns and cannons.

The Director of Ukraine’s Institute of Foreign Policy of the Diplomatic Academy of the Ministry of Foreign Affairs Hryhoriy Perepelytsa noted that the victory of the Republicans was predictable, and a significant advantage for Ukraine, although, the expert added, the Republican’s majority will not radically change the balance of power in Congress.

"The decisive role in foreign policy is defined by the presidential administration and the president himself, so while the president still holds a strong position in the Senate, we cannot expect any drastic changes in the U.S. position regarding military assistance to Ukraine," Perepelytsa told TSN.

A similar opinion was expressed by Oleksandr Potekhin, an advisor to the deputy secretary of the National Security and Defense Council of Ukraine.

"The current situation for us is better now, but a real turn in U.S. policy regarding Ukraine and - to put it plainly - regarding U.S. assistance to our country, will only happen after the next presidential elections."

However, Perepelytsa said the victory of the Republicans in Congress "will still strengthen [Ukraine’s] position, especially when it comes to the provision of arms and military equipment."

"The Republicans are pursuing more realistic and appropriate policies, particularly in relation to Russia. Obama is reluctant to aggravate the confrontation with Russia. He continues to consider Russia as a potential partner in solving global problems of international security,” Perepelytsa said.

However, both parties - Democratic and Republican – have nevertheless agreed on the fact that assistance to Ukraine will have to be provided.

U.S. Senator Jim Inhofe (Republican Party) has announced that the United States will provide weapons to Ukraine in the coming weeks. A list of defensive weapons has already been agreed, but is confidential and shall not be disclosed. This issue will be discussed during a Senate session scheduled for November 12. According to the senator, the transfer of the weapons may take from 4-5 days to two-and-a-half weeks.

Potekhin, the advisor to the deputy secretary of the NSDC, confirmed that the parties do not have a unified position.

"At the moment, the Republicans are more anti-Russian than the Democrats," he said, adding that among both Republicans and Democrats there are people who do not consider Ukraine to be of interest or importance to the United States.