While cutting one cable might have limited impact, severing several simultaneously or at choke points could cause a major outage. 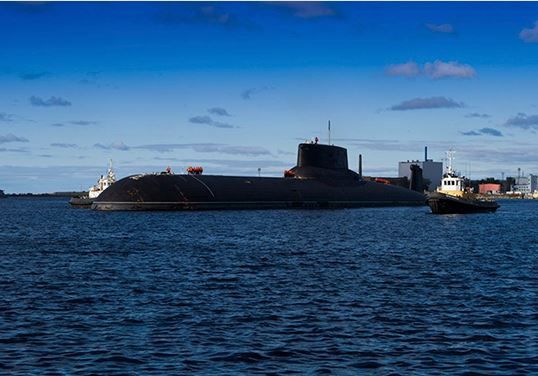 Russian ships are skulking around underwater communication cables, causing the U.S. and its allies to worry the Kremlin might be taking information warfare to new depths.

"Is Moscow interested in cutting or tapping the cables? Does it want the West to worry it might? Is there a more innocent explanation? Unsurprisingly, Russia isn't saying," CBS News wrote citing a report by the Associated Press.

Whatever Moscow's intentions, U.S. and Western officials are increasingly troubled by their rival's interest in the 400 fiber-optic cables that carry most of world's calls, emails and texts, as well as $10 trillion worth of daily financial transactions.

"We've seen activity in the Russian navy, and particularly undersea in their submarine activity, that we haven't seen since the '80s," Gen. Curtis Scaparrotti, commander of the U.S. European Command, told Congress this month.

Read alsoBritish military chief warns Russia could cut off internet to NATO countries – mediaWithout undersea cables, a bank in Asian countries couldn't send money to Saudi Arabia to pay for oil. U.S. military leaders would struggle to communicate with troops fighting extremists in Afghanistan and the Middle East. A student in Europe wouldn't be able to Skype his parents in the United States.

All this information is transmitted along tiny glass fibers encased in undersea cables that, in some cases, are little bigger than a garden hose. All told, there are 620,000 miles of fiber-optic cable running under the sea, enough to loop around the earth nearly 25 times.

Most lines are owned by private telecommunications companies, including giants like Google and Microsoft. Their locations are easily identified on public maps, with swirling lines that look like spaghetti. While cutting one cable might have limited impact, severing several simultaneously or at choke points could cause a major outage.

The Russians "are doing their homework and, in the event of a crisis or conflict with them, they might do rotten things to us," said Michael Kofman, a Russian military expert at nonprofit research group CNA Corp.

If you see a spelling error on our site, select it and press Ctrl+Enter
Tags:RussiaNATOUSAhybridwarthreatinfowarsinternet