The former leader was not in court on Friday for the verdict. 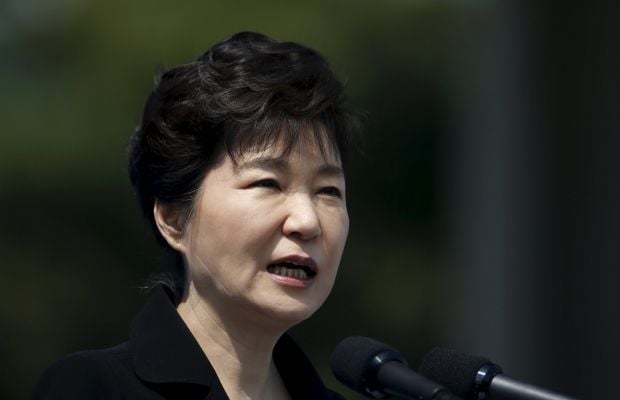 South Korea's former President Park Geun-hye has been sentenced to 24 years in jail after she was found guilty of abuse of power and coercion.

The verdict was broadcast live and represents the culmination of a scandal which rocked the country, fueling rage against political and business elites, the BBC wrote.

The former leader was not in court on Friday for the verdict.

She has boycotted her trial hearings and has previously accused the courts of being biased against her. She has also denied all wrongdoing.

The move by the authorities to allow Friday's verdict to be broadcast live was unprecedented, but they cited extraordinary public interest in the case.

A friendship lies at the heart of the former leader's undoing. Ms Park was found to have colluded with her close friend, Choi Soon-sil, to pressure conglomerates for bribes in return for political favors.

Choi, who rose to power as an influential confidante of Ms Park, was convicted of corruption in February. Their relationship has been the subject of intense public scrutiny amid allegations that Choi had undue influence over a nation's affairs through her connection with Ms Park.

Prosecutors alleged that Ms Park had given Choi unacceptable levels of access to official documents, and concealed Choi's involvement in state affairs.

After a prolonged series of hearings and months of street protests calling for her resignation Ms Park was finally removed from office in March 2017. She was arrested shortly afterwards, and has been in detention ever since.

She faced 18 charges including bribery and coercion, and was found guilty for most of them.

If you see a spelling error on our site, select it and press Ctrl+Enter
Tags:corruptionSouthKoreapresidentjail