Haley said Russia was to blame for blocking a U.N. resolution pushing for a cease-fire in Syria's bloody civil war. 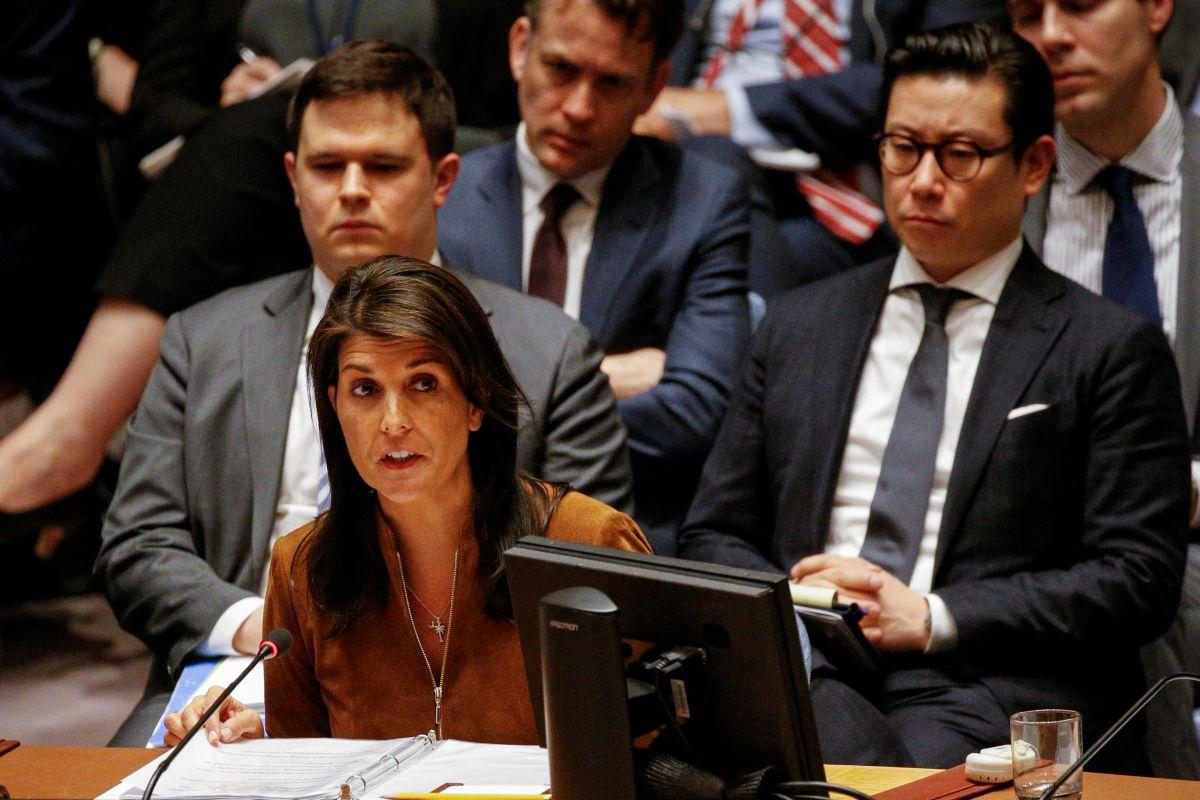 The U.S. ambassador to the United Nations, Nikki Haley, told the Security Council on Monday that Russia's hands "are all covered in the blood of Syrian children" following Saturday's poison gas attack in the rebel-held town of Douma, a suburb east of Damascus.

"The monster who was responsible for these attacks has no conscience," Haley said at an emergency meeting of the Security Council to discuss the most recent chemical attack in Syria, believed to be perpetrated by the government of President Bashar al-Assad, POLITICO wrote.

"We must not overlook Russia and Iran's roles in enabling the Assad regime's murderous destruction," Haley added. "Russia could stop this senseless slaughter if it wanted, but it stands with the Assad regime and supports without any hesitation."

Haley also accused Russia of outfitting Syrian troops with the military hardware Assad's forces use to attack civilians, and squashing attempts by the Security Council last year to punish the government for a similar sarin gas attack in the town of Khan Shaykhun in northwest Syria that left about 100 dead in April 2017.

Haley also said Russia was to blame for blocking a U.N. resolution pushing for a cease-fire in Syria's bloody civil war, as well as a mechanism to investigate chemical weapons attacks.

"Pictures of dead children mean little to governments like Russia who expend their own resources to prop up Assad," Haley said. "And this council, which saw these pictures last year, has failed to act. Because Russia has stood in its way every single time."

At Monday's emergency meeting, Haley demanded unrestricted humanitarian access to aid survivors of the most recent gas attack, and urged the council to "re-establish a truly professional and impartial mechanism" for chemical weapons attacks in Syria.

"What we're dealing with today is not about a spat between the United States and Russia," she said. "Russia's obstructionism will not continue to hold us hostage when we're confronted with an attack like this one. The United States is determined to see the monster who dropped chemical weapons on the Syrian people held to account."

President Donald Trump wrote in a tweet on Sunday that Russian President Vladimir Putin and Iran "are responsible for backing Animal Assad" and would pay a "Big price" for their complicity in the "mindless" attack.

The president reiterated that hard-line approach to potential Russian involvement ahead of a Cabinet meeting on Monday.

"If it's Russia, if it's Syria, if it's Iran, if it's all of them together, we'll figure it out and we'll know the answers quite soon," Trump told reporters. "It's going to be very tough, very tough. Everybody's going to pay a price."