Ahead of U.S. visit, Macron warns against being 'weak' with Putin – media

Macron described Putin as "a very strong man" and "a strong president" who "wants a great Russia." 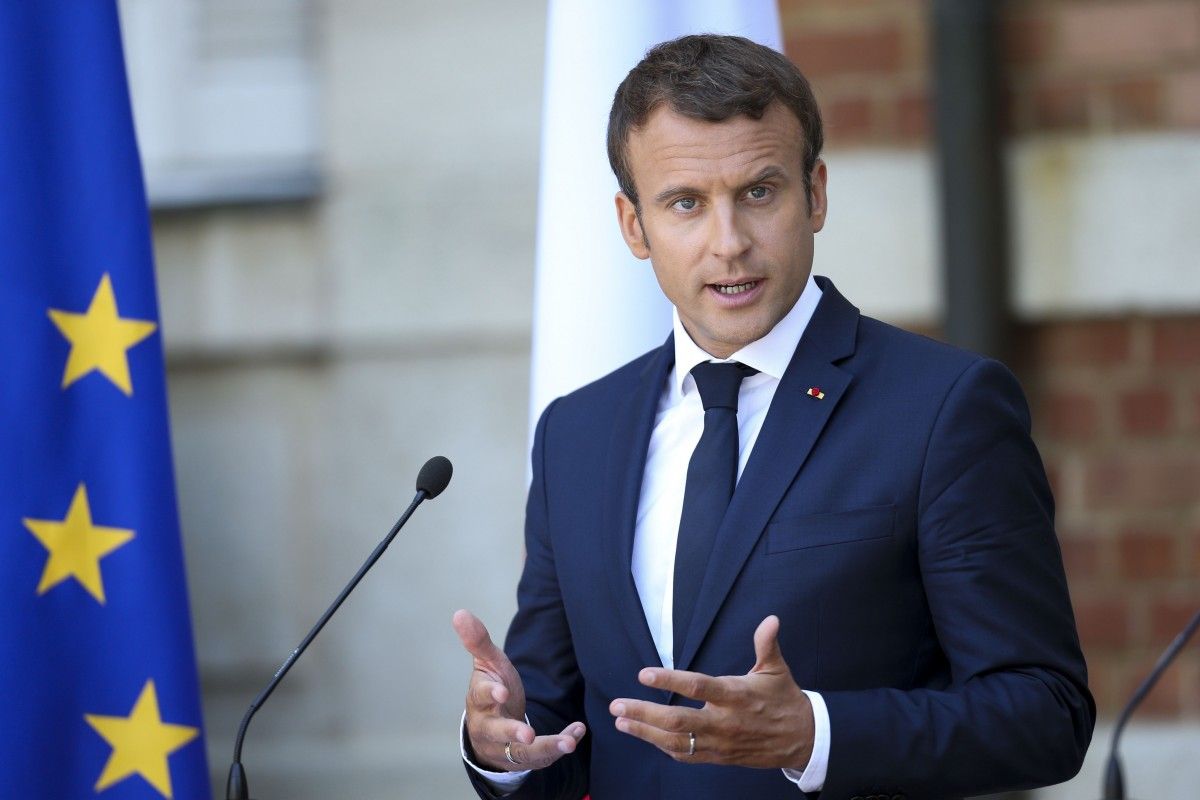 French President Emmanuel Macron has warned against showing any weakness toward Vladimir Putin while insisting he wants to work with the Russian president.

"He's strong and smart. But don't be naive. He's obsessed by interference in our democracies," Macron said in an interview ahead of a three-day state visit to the United States starting on April 23, as reported by Radio Liberty.

"That's why I do believe that we should never be weak with President Putin. When you are weak, he uses it," he told Fox News.

Macron added that the Russian leader "made a lot of fake news. He has a very strong propaganda, and he intervenes everywhere around Europe and the U.S. to fragilize our democracies. Because he thinks it's good for his country."

Officials in Europe have also concluded that Russia attempted to meddle in elections there, including in France.

Macron described Putin as "a very strong man" and "a strong president" who "wants a great Russia."

"He is extremely tough with minorities and his opponents, with an idea of democracy which is not mine," the French president said

"I respect him. I know him. I'm lucid. I want to work with him, knowing everything about that," he added.

Relations with Russia will be one of the issues topping the agenda next week as Macron is hosted by President Trump.

The 2015 nuclear agreement between Iran and six world powers is also expected to figure prominently in discussions between the two leaders.

In the same interview with Fox News, Macron urged his U.S counterpart to stick with the deal as long as there is no better option. Macron said that he had no "plan B" for the nuclear accord.

Trump has set a May 12 deadline to either improve or scrap the agreement providing Iran with relief from sanctions in return for curbs on its atomic program.

The U.S. and French presidents are expected to address the issue when the two men meet.

"Let's present this framework because it's better than the sort of North Korean-type situation," Macron said.

He also said that that he wanted to "complete" the nuclear accord by addressing Iran's ballistic missile program – a key demand of Trump – and working to contain Iran's influence in the region.

The U.S. president has said that Iran is violating the "spirit" of the nuclear agreement – which was negotiated under his predecessor, Barack Obama – by continuing to test ballistic missiles, sponsoring militant violence in the region, and by supporting the government of Syrian President Bashar al-Assad.

Trump has called on European powers to "fix" what he says are the "terrible flaws" of the deal, and demanded that new restrictions be imposed on Tehran's nuclear and missile programs.

The other powers in the deal – Britain, China, France, Germany, and Russia – have urged Washington to remain in the pact, saying it is the best way to prevent Iran from developing nuclear weapons.

Macron's comments also came as foreign ministers of the Group of Seven (G7) industrialized states gathered in Toronto, Canada, to seek a common front against Russia's aggression in Ukraine, its support for President Bashar al-Assad in the Syrian conflict, and the poisoning of a former Russian double agent and his daughter in Britain last month.

Britain blames Russia for the March 4 poisoning of Sergei and Yulia Skripal with a nerve agent – a charge that Moscow denies.

Along with the United States and France, the G7 also includes Britain, Canada, Germany, Italy, and Japan.

If you see a spelling error on our site, select it and press Ctrl+Enter
Tags:RussiaPutinUSAFranceMacron