Sarkisian had previously said he would not seek to become prime minster, and protesters accused him of violating that pledge in order to cling to power. 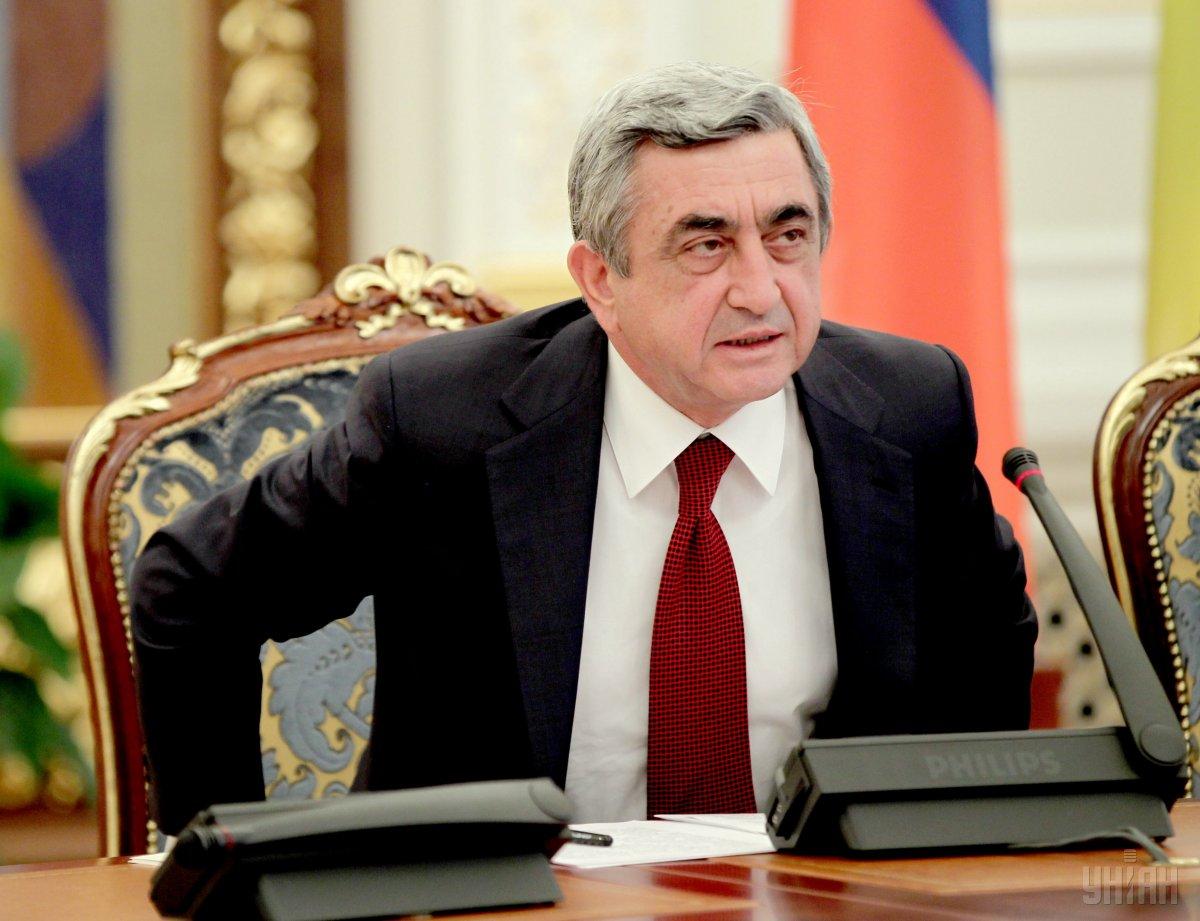 Armenian Prime Minister Serzh Sarkisian has resigned from his post, according to a statement on his website.

The statement was posted on April 23 as crowds in Yerevan and other cities protested for an 11th straight day, calling for his resignation, and followed shortly after the release of protest leader Nikol Pashinian from custody, RFE/RL wrote.

It came less than a week after Sarkisian took office following his election as prime minister by parliament on April 17, eight days after his two-term presidency ended. His handpicked successor, Armen Sarkisian – who is not related, was sworn in as president on April 9 after being elected by parliament.

But under constitutional changes that Serzh Sarkisian pushed through in 2015, the prime minister is now more powerful than the president, who is more of a figurehead.

Sarkisian had previously said he would not seek to become prime minster, and protesters accused him of violating that pledge in order to cling to power.

Pashinian "was right. I was wrong," the statement quotes Sarkisian as saying. He said there were other possible solutions to the confrontation with protesters but that he would not resort to them.

"I am leaving the post of prime minister," he said.

Thousands of antigovernment protesters defied a police warning and renewed marches through the streets of the capital on April 23, blocking streets and paralyzing traffic in some areas.

They were joined for the first time by scores of men in military uniforms, whose presence drew swift condemnation from the Defense Ministry.

Upon his release after about 24 hours in custordy, Pashinian renewed his call for Sarkisian to step down and told RFE/RL he would speak further about his detention at a large rally to be held at 7 p.m. (1500 GMT/UTC) in the capital's central Republic Square.

Tens of thousands rallied the previous evening and vowed to repeat their protest every day until their demands are met.

If you see a spelling error on our site, select it and press Ctrl+Enter
Tags:protestsresignationprimeminister