A meeting between Kim and U.S. President Donald Trump could take place within three to four weeks. 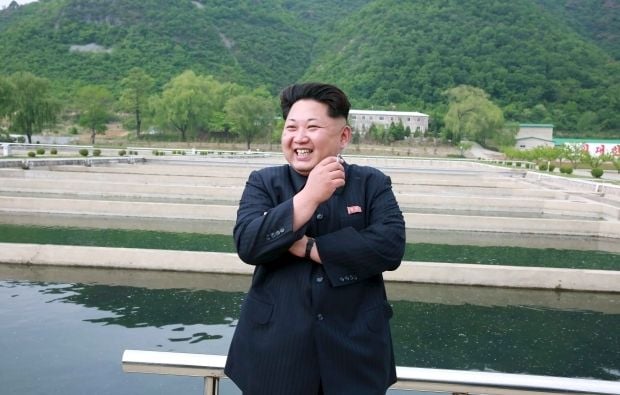 North Korean leader Kim Jong Un will shut down his nuclear test site in May and invite experts and journalists from South Korea and the United States into the country to ensure "transparency" around its closure, South Korea's presidential office said Sunday.

It is the latest breakthrough on the peninsula ahead of a meeting between Kim and U.S. President Donald Trump, who said Saturday that talks could take place within "three to four weeks," CNN reported.

A senior spokesman for South Korean President Moon Jae-in said Kim made the comments during a landmark summit Friday at the demilitarized zone between the two countries, when Kim became the first North Korean leader to step into South Korean territory since fighting ended in the Korean War in 1953.

Kim told Moon during the summit that he had no intention of targeting the U.S. or the South with nuclear weapons, the South Korean President's office said Sunday.

"The United States, though inherently hostile to North Korea, will get to know once our talk begins that I am not the kind of person who will use nuclear weapons against the South or the United States across the Pacific," Kim was quoted as saying by Moon's spokesman Yoon Young-chan on Sunday.

"There is no reason for us to possess nuclear weapons ... if mutual trust with the United States is built through frequent meetings from now on, and an end to the war and non-aggression are promised."

Friday's pageantry and face-to-face talks – the first between leaders of the two Koreas since 2007 – culminated in Kim and Moon issuing a joint statement committing to the "complete denuclearization" of the peninsula, calling for the end of the Korean War, and heralding a "new era of peace."

Kim had previously announced the conclusion of North Korea's nuclear testing program and the shuttering of the Punggye-ri complex, saying on April 20 that it had already "completed its mission."

In the comments released by Moon's office on Sunday, Kim also refuted claims by Chinese scientists earlier in the week that parts of the site had been so badly damaged by previous explosions that it may now be unusable.

"Some claim we are closing down an unusable test site, but if they come and see, they will understand that there are two bigger tunnels than the existing test facilities and that they are in a very good condition," Kim said, according to Yoon.

President Moon "immediately welcomed" Kim's decision to make the process around the closure public, and the two leaders agreed to consult each other about the timeline for inviting South Korean and U.S. experts and journalists "as soon as the North is ready," Yoon said Sunday.

If you see a spelling error on our site, select it and press Ctrl+Enter
Tags:USATrumpNorthKoreanuclear