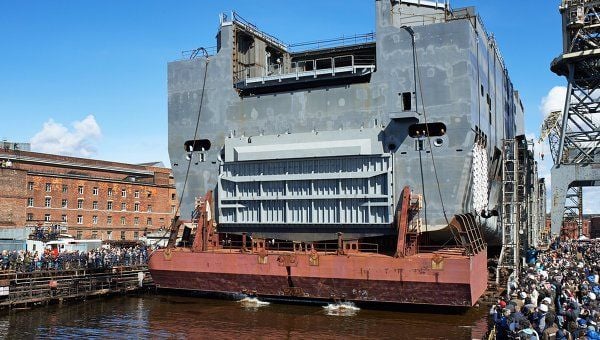 The ship was in a dry dock earlier, which was then filled with water, according to Russian information agency RIA Novosti.

France has not still decided whether to hand over the Mistrals to Russia. The Vladivostok, the first of two Mistral-class helicopter carrier assault ships, was to have been formally handed over to the Russians on November 14, but France has since blocked the Russian crew’s access to the vessel.

France suspended the transfer of the Mistrals to Russia because of Moscow’s actions in Ukraine. In its turn, Foreign Ministry of the Russian Federation demanded that France either  hand over the ships or return the money paid for them. The purchase price is EUR 1.2 billion, of which EUR 700 million has already been paid by Russia.

The French government has said that it will decide the fate of the Mistrals independently.