US 'to step up military aid to Ukraine' 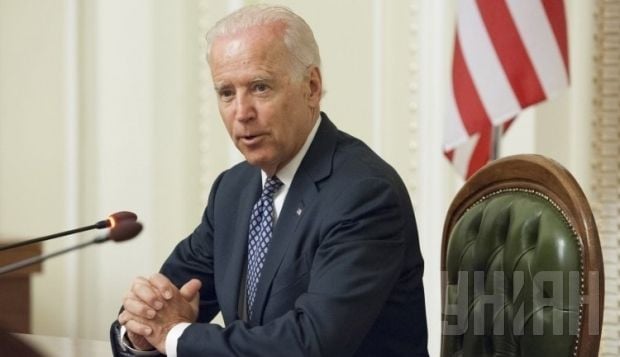 This was reported by U.S. officials at a briefing on the results of the visit of U.S. Vice President Joe Biden to Morocco, Ukraine and Turkey, Russian information agency TASS has reported.

"We are expanding our assistance to Ukraine in the area of security,” a U.S. official said.

“Our first radars for the detection and suppression of mortar detachments have been already delivered there, with a few more expected soon. We are also delivering [to Ukraine] military equipment and technology surplus, particularly, high-mobility multipurpose wheeled vehicle (Humvees) and other vehicles. We have already allocated $100 million for these purposes and hope we will be able to spend tens of millions [of dollars] on training [Ukrainian military personnel]. We’re discussing the provision of funds with Congress."

At the same time, regarding the financial and economic assistance to Ukraine, U.S. officials said these should come from many countries and international organizations.

"We’re not able to provide sufficient funds alone. There is a need for the participation of the IMF and the European countries," a source in the Obama administration said.

Another U.S. official said at the briefing that such assistance could be provided to Ukraine only after the country completes the formation of the government and launches a program of reforms.

As for military aid to Ukraine, prior to Biden’s trip Washington announced that this would be increased. Moscow immediately said this would include the supply of offensive military weapons, which runs contrary to the Geneva agreements regarding Ukraine reached on April 17.