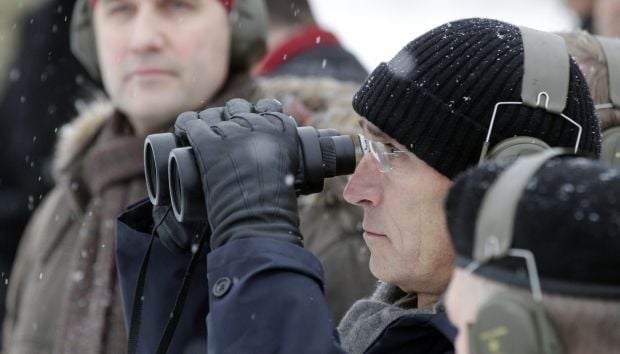 "That which was decided at the summit in Wales was a significant increase in collective security," Stoltenberg said at a meeting of the NATO Parliamentary Assembly in The Hague.

“This will help us to deal with any threats wherever they come from: from the east or from the south. It is important that we implement the plan on time and in full," Stoltenberg said.

"All these efforts and priorities should be properly funded. All member countries should contribute to the implementation of the NATO Action Plan on preparedness," he said.

"We can cut our defense spending in more peaceful times, and this could be right, but we do not live in peace now. It is necessary to stop cuts and to increase investment in our defense," he added.

"All allies of the NATO should contribute their share," the secretary general said.

He said that during the summit in Wales NATO member countries decided to increase defense spending to 2% of GDP the for 10 years. According to him, the United States, the United Kingdom, Greece and Estonia have already done so.

"I expect all of us will achieve this goal," he said.

As reported earlier, on September 5 during the NATO summit in Wales, NATO member countries adopted a plan to strengthen a collective defense of the alliance, and agreed on the creation of a rapid reaction force. NATO said the moves were in response to Russia's actions in Ukraine.