Visiting Russia could end up in prison sentence for journalists: Human rights watchdog

A Russian prosecutor has demanded a  14-year sentence for Ukrainian journalist Roman Sushchenko on mystery spying charges in a "trial" heard before a closed court, the NGO recalls. 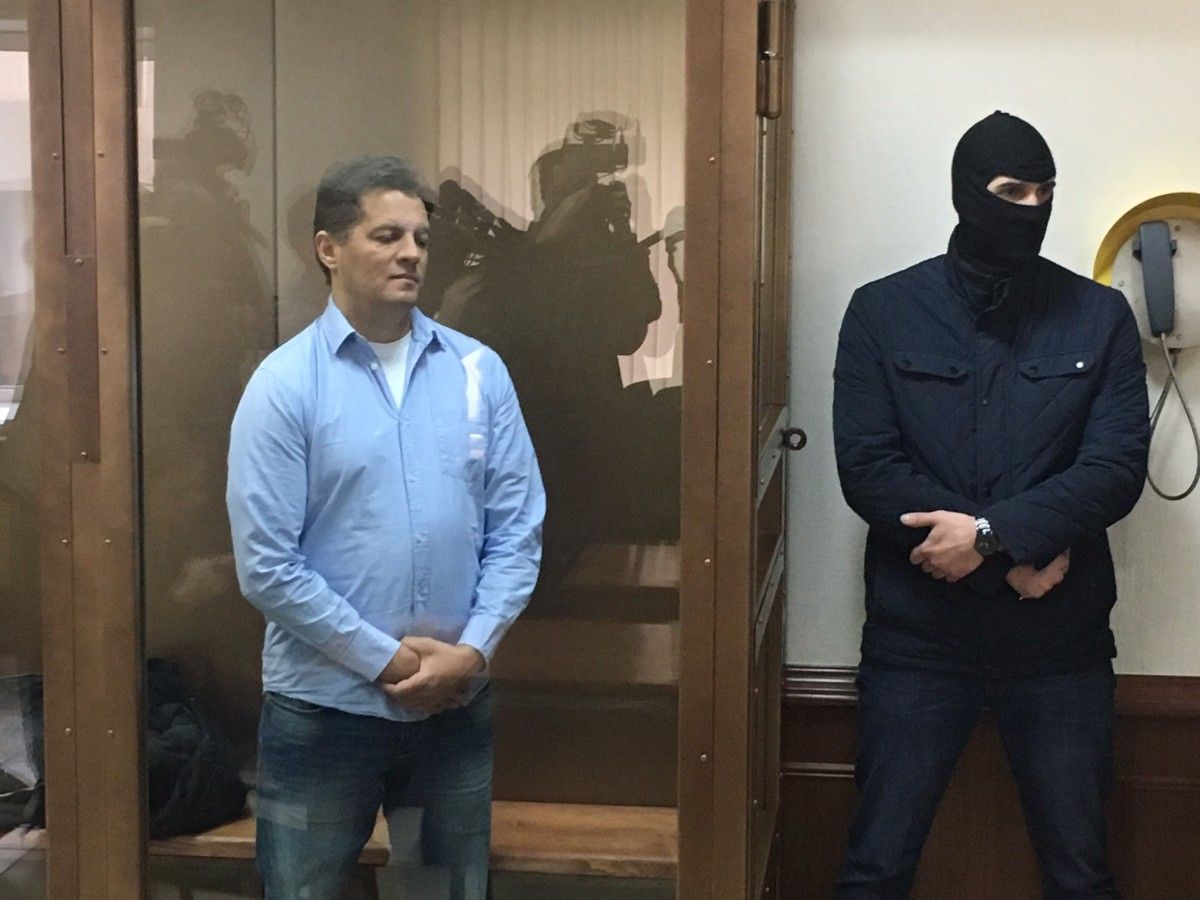 Journalists planning to visit Russia for the World Cup should be warned that any normal journalist interest in what is happening around them could be viewed as spying if they do not have accreditation.

This, at least, can be understood by Russia’s Foreign Ministry’s response to the arrest of Ukraine's Ukrinform news agency correspondent Roman Sushchenko’s arrest on "espionage" charges, the Kharkiv Human Rights Protection Group wrote.

The ministry focused on the fact that Sushchenko had not had journalist accreditation and claimed that he had had no right to engage in journalist activities.

Sushchenko's lawyer Mark Feygin has been unable to give much information about the "trial" but did earlier indicate that the charge was that the Ukrinform correspondent had gathered information about an anticipated invasion of Ukraine by Russia in the summer or autumn of 2016.

He has also reported that it looks as though Sushchenko was "set up" by being asked to take a disk back to Paris for another journalist.  The most disturbing aspect of this story is that Sushchenko had agreed to take the disk for someone he has known for 28 years.  Since he was arrested while receiving the disk, that person was almost certainly involved.

The verdict is due at the Moscow City Court on 4 June, although Feygin believes the sentence has already been written and points out that there are no acquittals in such cases.

Read alsoUkrainian journalist's defender in Russia stripped of lawyer license "for three tweets"Feygin believes there are preconditions for a prisoner exchange and he asserts that swap negotiations are currently underway. He says their success depends on various factors starting from hunger strike by Oleh Sentsov, Ukrainian filmmaker and Kremlin hostage;  the FIFA World Cup Russia hosts this year; to “ how eager Russia is to return Kirill Vyshynsky.”

The KHPG recalls that Vyshynsky is the Director of RIANovosti Ukraine who was arrested by the SBU Security Service of Ukraine on May 15, 2018.  While the very fact that both Sushchenko and Vyshynsky are journalists may seem an obvious connection in exchange arrangements, Feygin’s assertion that the cases mirror each other seems wide off the mark.

Vyshynsky, who holds both Ukrainian and Russian citizenships, is accused as of treason, as a Ukrainian national.  The charges appear to relate to his work for the Russian state-owned Russia Today in the period immediately following Russia’s invasion of Crimea.  He is accused of having taken part in the propaganda drive aimed at persuading Crimeans to support Russian annexation.  The SBU says Vyshynsky was decorated with a Russian award "For services to the Fatherland" and possibly also another award – "For the return of Crimea."

Those awards, if authentic, would suggest that Vyshynsky’s role was not merely that of a journalist covering events, though clearly such accusations must be proven.  There is no suggestion, however, that any part of Vyshynsky's trial would take part in secret, so it will be possible to assess the grounds for the charges.

Read alsoSushchenko's lawyer calls on Putin to facilitate swapThere have been repeated calls for Sushchenko's release from international bodies and numerous governments. Sushchenko has been in Russian detention since September 30, 2016. The then 47-year-old journalist was seized by FSB officers shortly after arriving in Moscow to visit his cousin.

Three days later, the FSB admitted that Sushchenko was in their custody.  They claimed that the Ukrainian journalist, who had been working as the Ukrinform News Agency’s Paris correspondent for the past 6 years, was a colonel in Ukraine’s Military Intelligence.  They asserted that he had been gathering secret information about the activities of the Russian army and forces of the National Guard and that if this "information" had been leaked abroad, it could have caused damage to the state's defense capacity.