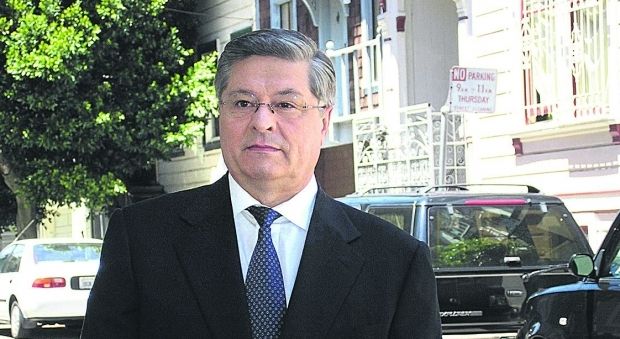 Nearly $75 million is likely to go to the U.S. government, according to a Ukrainian service of Voice of America report of November 26.

The process of confiscation of Lazarenko’s property began in 2004, in parallel with his trial in California. The U.S. justice system managed to locate about $250 million Lazarenko had obtained from Ukraine through corruption. Accounts held by Lazarenko were discovered in Antigua, Guernsey, Lithuania, Liechtenstein and Switzerland.

There were many claims for the money, including Lazarenko himself and Russian gas company Gazprom. The bank Eurofed, which was founded by Lazarenko in Antigua and which has been managed by a court-appointed liquidator in recent years, also claimed the money. The bank signed a settlement agreement with the U.S. government, which was also one of the parties of the proceedings, and agreed to withdraw its claims for the bulk of the money. The judge approved this agreement.

AGG law firm partner Gene M. Burd said that Ukraine had the opportunity to claim some of the money when the case was initiated in 2004.

"As far as I know, Ukraine received a notification that there had been no dispute about that money. Ukraine decided not to participate in this process or did not take any decision at that moment," the lawyer said.

"Today, Ukraine has little chance of entering the case, as a lot of time has already passed. The first thing the judge would ask would be ‘where have you been?’ The case is now coming to an end," Burd said.

"However, Ukraine has the opportunity to qualify for [some of] this money if it was obtained by the former prime minister through corruption. There have been some precedents when the United States confiscated money from foreign persons who were found guilty of violating U.S. laws, and used it to finance projects in these countries. For example, such situations arose in Kazakhstan. A special U.S. organization had been created to obtain at least a some of the confiscated money and lead to projects [being started] in Kazakhstan," he said.

"In this case, I suggest the Ukrainian government initiates talks on this subject with the U.S. Department of Justice," he added.