The organizing committee has taken measures to create more comfortable conditions for visitors. 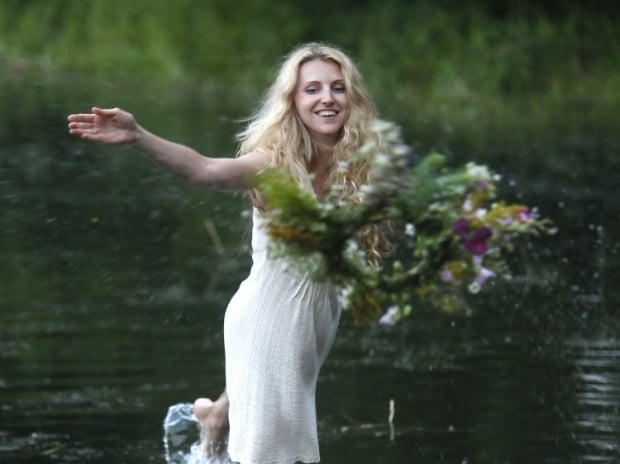 The Ukrainian Cultural Days will be held at the Kupala Night Festival (Alexandria Gathers Friends) in the agro-town of Alexandria, Shklov District, on July 8.

A big concert program featuring popular musicians, artists and groups from Ukraine will be one of the draws of the festival this year. The Fair at Sorochyntsi and an exhibition performance of the equestrian theater "Kievan Rus" are also on the program of the cultural days, Mogilev Oblast Vice Governor Andrei Kuntsevich told a press conference dedicated to the festival, one of the major cultural events of this summer in Belarus, BelTA has learned.

"Since the festival program has expanded significantly, taking into account the Ukrainian Cultural Days, we expect a large inflow of visitors. The organizing committee has taken measures to create more comfortable conditions for visitors. The meadow on the bank of the Dnieper River, which hosts the event, has been redesigned. Walkways have been built; the number of retail and public catering facilities has been increased. So has the number of parking lots for cars. The local authorities will be providing more bus and train services to help visitors get to and from the festival," Andrei Kuntsevich noted.

The seating capacity of the main venue of the festival has been increased from 2,500 up to 3,300. The Molodezhnaya venue, which will host the Big Bard Music & Fishing Festival featuring well-known Belarusian, Russian and Ukrainian bards, will seat up to 300 people. During the festival the visitors will be offered excursion services and themed quests.

"We do out best to make sure our guests feel comfortable and safe. We want the festival to give them lot of good impressions and charge them with positive energy," Andrei Kuntsevich stressed.

If you see a spelling error on our site, select it and press Ctrl+Enter
Tags:UkraineBelarusfestival